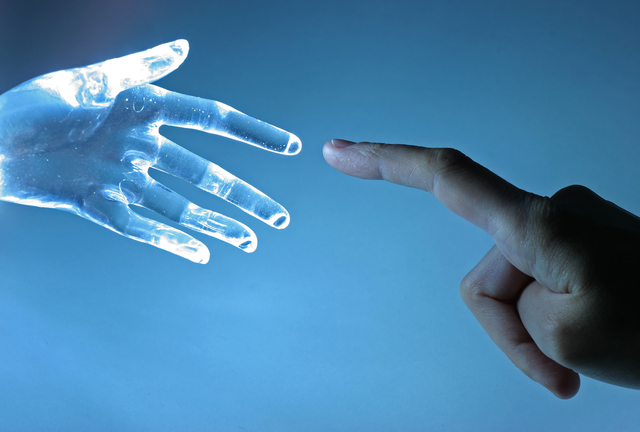 This column looks at three pretty much unrelated ideas that have been on my mind lately: the size of the universe, artificial intelligence, and American core values.

The universe is mind-boggling large. According to a recent report by the European Space Agency, the Milky Way Galaxy, home to the solar system and planet Earth, is now believed to contain 1.1 billion stars, of which almost 400 million were, until recently, unknown to science.

And, the observable universe is now believed to contain between 1 trillion and 3 trillion galaxies, nearly 10 times more than previously estimated. The Milky Way is but one of these galaxies.

As scientists now understand it, the universe is 13.8 billion years old. It was created in what scientists refer to as the Big Bang, expanding from a single point at its birth to its present size, and it’s still growing. And perhaps its development is far from over.

It took more than three billion years for biological processes on Earth to produce a species with the intelligence we human beings possess.

If you believe God created the human race, it changes my argument here, but perhaps not by much. Human beings are by far the most intelligent species on Earth. No other life form can come close to matching us in awareness, intelligence, and consciousness.

Our species has developed science and mathematics and, through further use of those tools, may be on the cusp of a profound revolution here on Earth that, in its implications, may far exceed the impact of the origin of life on our planet up to now.

Moreover, this revolution may well be going on at other sites in our Milky Way galaxy and other galaxies in this vast universe where intelligent life has developed.

I am talking about AI, short for artificial intelligence. Computer technology is exploding and some experts suggest that it might not be that long, perhaps a few decades, certainly within this or the next century, before computers can think and are endowed with awareness and consciousness.

To do this, some experts have suggested all that is necessary is to duplicate in a machine, a computer, the activities of neural structures in a human brain that are responsible for producing high intelligence and awareness.

If that can be done, perhaps machines can then be developed whose capacities, compared to those of us humans, would be like our abilities as compared to, say, the ant’s.

Moreover, these machines are likely to be made mobile and physically active.

Those machines, in turn, might develop other forms of machines that vastly outperform their own capabilities. A step-wise progression might continue for who knows how many generations, until the very nature of the universe as we know it is altered.

Heavy speculation, yes! But the first real break between man and machine when it comes to superintelligence and consciousness may not be that far off.

Billionaire Elon Musk has donated $10 million to the Future of Life Institute to fund research on AI decision-making.

Jurgen Schmidhuber, co-director of the Dalle Molle Institute for Artificial Intelligence in Lugano, Switzerland, believes that, given the vast improvements in computing power, thinking machines will arrive on the scene soon. Does the revolution begin then?

But there are dangers.

Stephen Hawking, the well-known British physicist, for example, warns, “Artificial intelligence could end mankind,” according to BBC News. And Bill Gates sees dangers in artificial intelligence. He is quoted as saying, “I don’t understand why some people are not concerned.”

And now we turn to the matter of core values.

Two fundamental factors shape all human societies. The first is technology—the means by which the basic necessities of life are obtained: energy, food, shelter, transportation, and fibers.

The second factor is the core values held by the majority of a society’s members. Core values may be defined as a society’s fundamental set of beliefs concerning right and wrong and what is appropriate and inappropriate. They prescribe the ideal manner in which members should think and conduct their lives, and have a great deal to do with the characteristics of a society.

In his 1948 book “The American Political Tradition,” the eminent historian Richard Hofstadter defined what amount to America’s core values. They may be summarized as a shared belief in the rights or sanctity of private property, in the value of competition, and in economic individualism, meaning each member being responsible for him or herself.

American core values grew out of the development of the American nation beginning in the seventeenth century.

When Europeans began settlement of the several billions of acres that became the United States of America, they encountered a land that was already occupied by a vast number of Native American tribes.

The European settlers began immediately to acquire land from the Indians for their own use, either through trade with the Indians, outright seizure, or purchase from other European nations that had obtained it from its original native occupants.

The founders of the American nation understood very well they had to get settlers on newly-acquired lands as quickly as possible or the Native Americans might try to take them back, or some other European nation might try to acquire them using force.

I believe America’s core values developed out of this effort to occupy and develop these vast newly-acquired land holdings. And our forefathers were extremely effective in building a nation from these bountiful holdings. We can see these nation-building processes at work in the development of Nye County over the past nearly 200 years.

Since a society’s core values tend to be very durable and resistant to change, the basic American core values that evolved generations ago still endure.

In our own political system the Republican Party remains strongly connected to the ideals of private property, competition, and full self-responsibility. The Democratic Party has shifted focus somewhat on the values related to self-responsibility, with its support of such things as welfare and health care programs, but still remains very much within the traditional mode. Given core values’ slow rate of change, there is little to suggest any big shifts are on the horizon.

American core values, I believe, have led, over time, to our country’s outlook on life of becoming increasingly monetized, dominated by money, with the monetization of nearly everything and the quest for the dollar being our society’s prime motivator.

Church attendance is down—more and more, mammon is God. All of this likely has a lot to do with America’s status as the richest nation in the world. In large measure it probably lies behind the increasingly skewed distribution of wealth in our nation. Some folks are just more successful in the quest for the buck than others.

Of course, other countries have their own sets of core values, some quite different from ours.

But I wonder: What will core values in America and the world look like 100 years from now, given the likely trajectory of artificial intelligence?