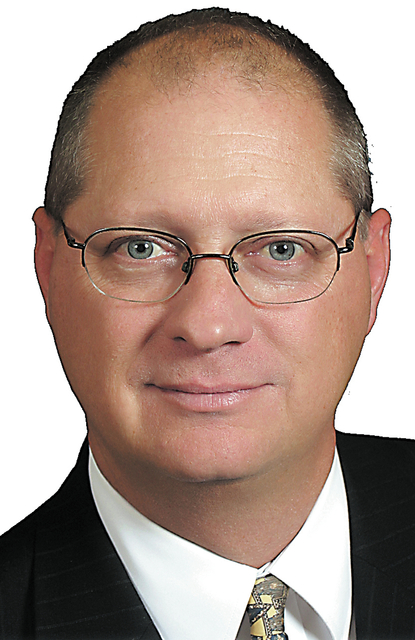 Muth: Election 2016 was a YUGE “payback” win for Nevada conservatives

While November 8th wasn’t a great day for Nevada Republicans, it was pretty sweet for Donald Trump supporters and Nevada conservatives who got a little “payback.”

In looking at how close Nevada came to landing in Trump’s column, it can safely be said that it wasn’t Hispanics who cost the next president a victory in the Silver State, but all the establishment Republicans – particularly Gov. Brian Sandoval, Sen. Dean Heller and Lt. Gov. Mark Hutchison – who refused to hop on the Trump train and instead gave Hillary Clinton aid-and-comfort here.

Had they gotten with the program and backed the GOP nominee the way other Republicans such as Newt Gingrich, Rudy Giuliani and Sen. Jeff Sessions did, Nevada would have again been a “red” state.

Also, I think it’s fair to say – again looking at the closeness of the numbers – that Joe Heck and Cresent Hardy lost their races for no reason other than the fact that they “un-endorsed” Trump just three weeks before Election Day, thus ticking off large numbers of Trump supporters. Self-inflicted mortal injuries.

The Biggest Loser of Election 2016 in Nevada has to be State Sen. Tax Hike Mike Roberson.

After betraying his constituents by breaking his Tax Pledge and greasing in Sandoval’s $1.4 billion tax hike last year, the Pompous One went on to not only lose his congressional bid in this year’s GOP primary, but succeeded in losing his majority in the State Senate as well.

The loss that sealed the Senate GOP’s minority status was Victoria Seaman – whose refusal to resign the Taxpayer Protection Pledge after breaking it nine times in the Assembly last year, combined with her arrogance and delusional ego, cost her an election she should have won.

That’s what you get when you don’t dance with the ones who brung ya! Sayonara, Seaman!

Speaking of that big tax hike, nine of the 13 RINO (Republican in Name Only) legislators in the State Assembly won’t be coming back next year. Four chickened out and didn’t run for re-election, two were taken out in GOP primaries and three were wiped out by Democrats in the general.

It’s not nice to fool Mother Nature – or grassroots conservatives! A lesson for future RINOs to bear in mind the next time a big tax hike comes before them.

Assembly Republicans, who blew their once-in-a-lifetime majority last year by voting for the largest tax hike in history, also lost their majority. But here’s the silver lining…

It looks like conservatives will have the majority of the minority. That could result in significant leadership changes – for the better!

Of course, there were some losses and disappointments, as well, but the bottom line is this: