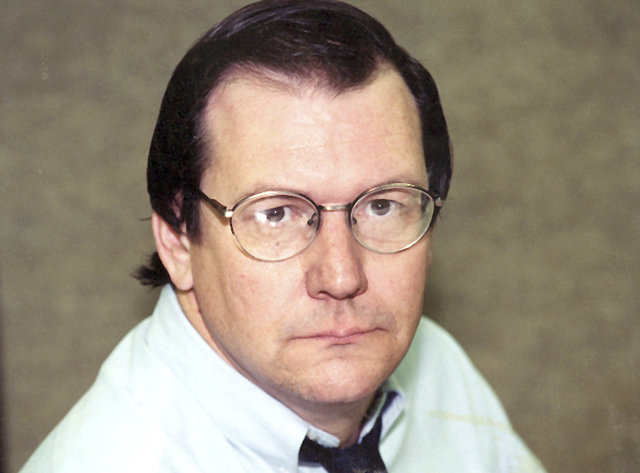 For 11 years, from 1984 to 1995, I was the moderator of a Sunday interview program on television in northern Nevada. Normally, the guests were individual newsmakers. But in the autumn of election years I sometimes used the program for debates in campaign races that would not normally get the exposure of a televised debate.

Whenever I set up one of these debates, I included all the candidates. Sometimes that meant two candidates. At other times it meant three, and there may have been a couple of occasions when there were four. Frankly, it never occurred to me NOT to include all the candidates, and it was when I was asked by someone why I didn’t limit these debates to the two major parties that I learned it was even an issue.

The major party candidates themselves sometimes brought it up. It was easy to understand why they would want it to be one-on-one. It made it easier to bring out the positions of their opponents and provide a sharp contrast to each other. But it didn’t always happen that way. Sometimes there would be major party candidates who, for strategic reasons of their own, would want to have a third candidate in there to fuzz any contrast. Those considerations were no more persuasive to me. Our program was designed to inform members of the public, not accommodate campaign tactics. To put it simply, leaving out eligible candidates would be unethical.

Naturally, I have always thought it is pretty high-handed of the television networks to exclude some candidates from presidential or vice presidential debates.

Limiting this column to general election debates, the first presidential debates in 1960 were arranged directly by the networks and held in network studios. But in later years the League of Women Voters took over sponsorship and held them in locations around the country (the Walnut Street Theatre in Philadelphia, for instance) to create a pretense that they were simply news events that the news departments of the networks were covering. That increased the networks’ legal protection from equal time and fairness requirements.

It was the League that concocted the stupid notion that only candidates who did well in opinion polls would be invited to participate.

Eventually the two political parties figured, “What do we need the League for?” and formed their own debate commission which took over the events. It is a bipartisan commission, remember, not a nonpartisan commission. So the two major parties now control the debates, a classic conflict of interest.

The political commission kept the League’s percentage requirement, though. It was a handy way of keeping the riff-raff out, which should have mortified the League that was supposed to act in the public’s interest. The percentage requirement is absurd. Any eligible candidate – that is, anyone who has achieved ballot status in enough states to conceivably win an electoral vote majority – should be in the debates.

New Yorker writer Hendrik Hertzberg, normally a sensible fellow, gave what Reason magazine is calling the worst two-party reason for keeping eligible candidates out of the presidential debates. He said “letting third parties into the debates” would be like Rosie Ruiz taking a subway ride to win the New York marathon in 1980.

Sorry, but just getting into the debate doesn’t win anything for Libertarian Party candidate Gary Johnson or Green candidate Jill Stein. They still have to convince the public to vote for them.

More to the point, the networks should ALL be including the eligible candidates, which they can do without the permission of the two-party commission. CNN showed how in 1980, when Jimmy Carter was too craven to face independent candidate John Anderson. The networks, except for CNN, unethically agreed to Carter’s demand that Anderson be excluded.

While the League of Women Voters ran their debate with two thirds of the field on their Cleveland stage, CNN inserted John Anderson answering each of the questions from the stage of Constitution Hall in D.C. along with Carter and Ronald Reagan.

It’s the networks who must decide whether to exclude Stein and Johnson. Of course, the networks would have to defy a future president who will later appoint federal broadcasting regulators in a year when both two party candidates are known to be vindictive. Have any network execs got the nerve?