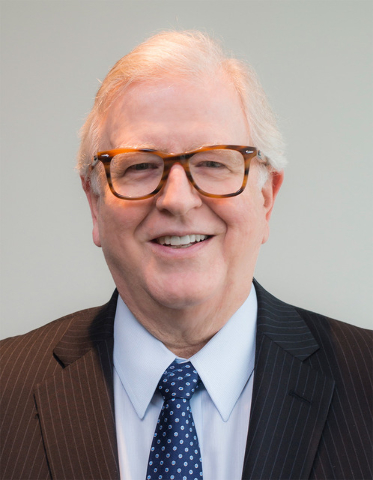 Apple might become irrelevant, for the moment, in the FBI’s attempts to pry data from a terrorist’s iPhone, but not so the privacy issues raised by the legal collision involved.

A $140 million verdict in the Hulk Hogan sex tape case may be reduced, but not so the warning signals it sends to more than the largely unrestrained world of online gossip mongers — perhaps to all who dish and comment critically across the Web.

And as news of terror attacks in Brussels zipped instantly around the world in our 24/7, interconnected age, controversial political proposals implicating religious liberty and free speech arose even before the smoke had cleared from the targeted airport hall and subway stop.

All three events raise new questions about how we use, define and perhaps limit our core First Amendment rights — religion, speech, press, assembly and petition — in contemporary life.

If the government indeed has found a private partner to help crack the security of an iPhone used by San Bernardino terrorist Syed Rizwan Farook, this “one-phone solution” still leaves on the legal table the issues of privacy, “compelled speech,” levels of encryption and even journalistic independence and safety that Apple advocates said would be harmed, perhaps fatally damaged by such technological intrusion.

Even as FBI officials told a court they may be able to go around Apple, the company announced new phones with stronger protection for stored information. And a recent report in MIT Technology Review said Google is developing a “digital safe” that would use a tiny memory card to upgrade existing mobile devices with “advanced security features, such as strongly encrypted storage, messaging, video, and voice calls.”

Former professional wrestler Hogan (real name Terry Bollea) was awarded $115 million last week by a jury in his privacy lawsuit against online gossip-and-shock news site Gawker. Jurors later piled on $25 million more to punish the irreverent operation. Legal experts have said this one verdict likely won’t have immediate impact on most news operations, which do not feature such videos. But it took GOP front runner Donald Trump less than a fortnight to add the outcome to his call for weakening defamation laws to make it easier to punish the news media for “bad stories.” The trial court-level verdict could also embolden other such personal privacy lawsuits by public figures, even when less tawdry content is involved.

And within hours of the attacks in Brussels, Trump again touted his plan to use religious identity as a basis to keep Muslims “for now” from entering the U.S.; and Sen. Ted Cruz, R-Texas, called for “law enforcement to patrol and secure Muslim neighborhoods before they become radicalized.” The proposals target religious liberty and the right to freely associate, along with other civil liberties — with supporters citing mere suspicion as sufficient justification.

Fear, anger and apprehension have prompted shameful government actions in U.S. history to limit basic freedoms, from Abraham Lincoln’s suspension of habeas corpus and other key rights during the Civil War to political pogroms like the “Red Scare” of the 1920s and “McCarthyism” of the 1950s, to the now-repudiated internment of Japanese Americans during WWII. In 1798, just seven years after this nation ratified the Bill of Rights, fears of encouraging a war with France — combined with political payback — resulted in editors being jailed for simply criticizing Congress and the President.

The Newseum Institute’s annual State of the First Amendment survey has documented twice since 1997 (after the 9/11 attacks and the Boston Marathon bombing) when as many as one-half of our fellow citizens favored new limits our personal freedoms. The surveys also found that such emotions faded quickly in the following years.

Government taking punitive action solely on the basis of religious identification ought to be repugnant regardless of rationale. Using the law to stifle public discussion regarding public figures, even on salacious topics, distorts the marketplace of ideas — particularly now that the Web provides such figures with an easy, effective means of countering images and comments they don’t like. And while our electronic lives do increasingly play out on mobile devices and ought not to be an “open e-book,” neither should we automatically discount the positions of those charged with protecting real lives.

Our core freedoms deserve better than to be quickly damaged, discarded or dissolved as the result of ramped-up political rhetoric, or because of the immediate revulsion we share at terrorist acts by cowards who — in the end — see those very freedoms as their ultimate target.