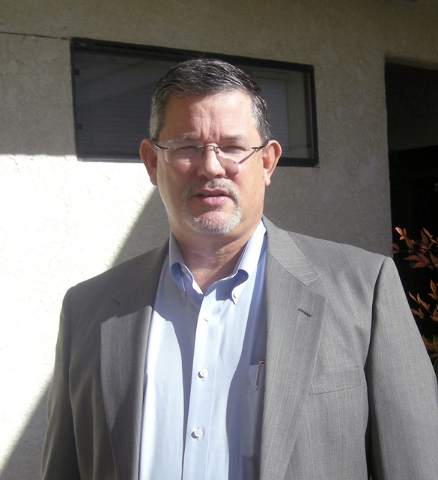 Oscarson: Vote no on Question 1

Nevadans will be bombarded with flimsy statistics in a desperate attempt by gun control advocates to limit the ability of everyday Nevadans to own and possess a firearm.

Already, Michael Bloomberg—the New York billionaire who has so far funded more than two-thirds of this gun control push—is up on the airwaves trying to convince Nevadans that illegal guns are acquired by criminals through legal means.

For an initiative that prides itself on “common sense” gun reform, its TV ad lacks both “common” and “sense.” Nevadans and people across this country know that the vast majority of firearms used in crimes are acquired illegally and would not be stopped by Question 1.

The University of Pittsburgh released a study in July of 2016 that confirmed what most people already knew—the vast majority of guns (80 percent) that are used for criminal purposes are acquired using criminal means.

This is why nearly every sheriff in Nevada has come out in opposition to the Question 1 gun control ballot initiative. The law enforcement community knows that the guns that they are facing on the streets don’t come from a store, a gun show, or even Craigslist. They come from individuals who are violating existing law to acquire those weapons.

These advocates are moving state by state to restrict the access of law-abiding citizens to guns for sport, self-defense, or other legal purposes. They’ve been to Oregon, and we can see that their promises about safety have failed to materialize. In fact, gun crime in Oregon has become more prolific after a measure similar to Question 1 passed in that state.

Less than three months after the law took effect in Oregon, a man shot and killed nine people at a community college after passing a federal background check. Not long after, a convicted felon with a long criminal record shot and killed an officer—and the year before the measure passed, not a single police officer had been killed in the line of duty.

The law failed to protect Oregonians, and it will fail to protect Nevadans.

It disarms and makes criminals out of otherwise law-abiding Nevadans, stretches law enforcement resources and doesn’t achieve its suggested ends.

I urge you to stand with me against this restrictive gun control measure by voting No on Question 1 in November.

James Oscarson is a state Assemblyman and a Pahrump resident. He is seeking re-election to the Assembly District 36 seat.