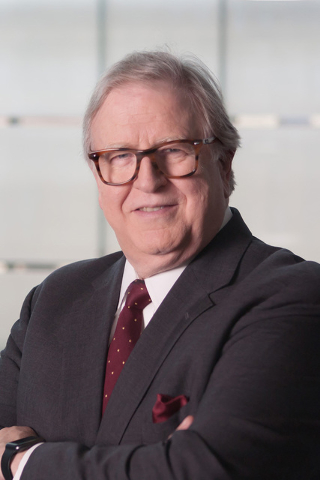 Donald Trump and Hillary Clinton may well be the best things that have happened to a free press in a long time.

“Best” not in terms of ratings, circulation, advertising or such, though some media will see a temporary bump up. And it’s certainly not because the pair are singing the news media’s praises. Far from it. Trump finds time seemingly every day to slam the “corrupt, dishonest, media.” And Clinton hasn’t had a news conference in… well, several reporters covering her campaign said in recent days they have lost track after about 250 on how many days it’s been since she last sat for one.

Rather, “best” in that each of these polarizing candidates in their own way is providing their fellow Americans on a regular basis a reminder of the value of a free and independent press — perhaps just the concept, if you don’t particularly like the ones you see, hear or read at the moment.

Trump is the most vocal, and has drawn the most critical attention from journalists. No surprise. But he was and is the lesser known of the pair and still a mystifying collection of bluster, bombast, anger and angst, along with appeal to millions of voters. His propensity for drama would have been a lightning rod for news reporters in any era, let alone a time when news moves on the web at the speed of lightning — often prompted by the very verbal bolts Trump throws.

Meanwhile, Clinton’s leading publicists seem to range from Russian hackers to FBI investigators, as she and Democratic party leaders make regular headlines for what they wrote and read in private, now being made public, or the subject of a seemingly endless investigation.

Remember, I said both were good for a “free press.” Yes, there is the regular chant from many on both sides that reporters are biased, that coverage is inaccurate and that facts get twisted between the candidates’ lips and the ears and eyeballs of voters. And Trump’s hiring of a caustic media critic — Steve Bannon of Breitbart News — surely signals more collisions with the press reporting on the GOP campaign.

But even those chanting rely on the facts reported by the press they like — and sometimes even the press they don’t. And there’s now a new industry of fact-checkers and citizen bloggers to call out professional journalists when they get it wrong. Lately, there’s even the odd billionaire who spent a small fortune to bring to heel a website, Gawker.com, that amazingly managed to find the ultimate and unacceptable bottom part of the “news” industry that thrives on smut, innuendo and smarmy chatter.

If this is a campaign season like none before, and at least it is in modern memory, it’s a free and independent press that calls Trump, Clinton, their surrogates and each other to account. When Clinton wrongly claimed that FBI director James Comey said she had told the public a consistent and truthful story about classified email on her private server while secretary of state, it was journalists who chased the truth — and she recanted.

When Trump has made any number of claims, from personal wealth to policy positions, it’s a free press that has chased down reports, former statements, court documents — and particularly in Trump’s case — produced the video that we can all watch and judge for ourselves.

Tough for many to admit it, but we’re better off with the free press we have — as imperfect as it certainly is — than with just the political pabulum that campaigns would prefer to dish out, or the carefully crafted and shaped public-image moments each candidate’s teams are trying every day to stage-manage.

Worthy of note is that nearly three-fourths of adults in the last State of the First Amendment report, based on polling commissioned in May by the Newseum Institute’s First Amendment Center, said the press is biased when it reports the news.

We have so much “media” available today, from the rabid guard dogs around each candidate’s party or persona to the mainstream media reporters who still strive for that elusive journalistic holy grail of “objectivity.” Perhaps it’s tougher to cut through the incessant, 24/7 news stream, but many reporters and correspondents still are singing the Founders’ song, about an independent, irreverent, impolite press that asks the tough questions and raises the inconvenient fact.

Here’s a few facts about this year’s presidential race that are facts: For you online aficionados, it’s still the mainstream media that are doing the heavy lifting — checking claims, vetting developments and even providing much of the news that new-age ventures repackage and repeat. And for you mainstream types, it’s time to realize that by the time you show it or report it, we already know about it. What we need from you is more context, clarification and explanation.

There’s one more fact that we all need to keep in mind when thinking of the present and future of a free press. Neither candidate, if elected, is a “friend” to that core constitutional freedom. Each would place limits or remove legal protections for free expression in its most robust form, in the name of fighting terrorists or punishing unwelcome voices. But making those changes means a fight with the Constitution, not just those who work in journalism.

At least, after decades of taking it on the collective chin from the economy, vast technological changes and news consumers who gobble the news for free, even as they criticize it, this year’s election season has shown again the value of having a free press every day, serving in our place to see and report the things we need to know.

In 1791, when the First Amendment and the rest of the Bill of Rights was ratified, even the most thoroughly partisan press in our nation’s history didn’t dissuade the Founders from seeing the value of those free voices to the democratic process.

Today, we should see no less value to an immensely better, more varied and more accessible set of voices — including our own through blogs, posts and comments — that collectively constitute “the press.”

Thanks in no small way to Donald and Hillary.