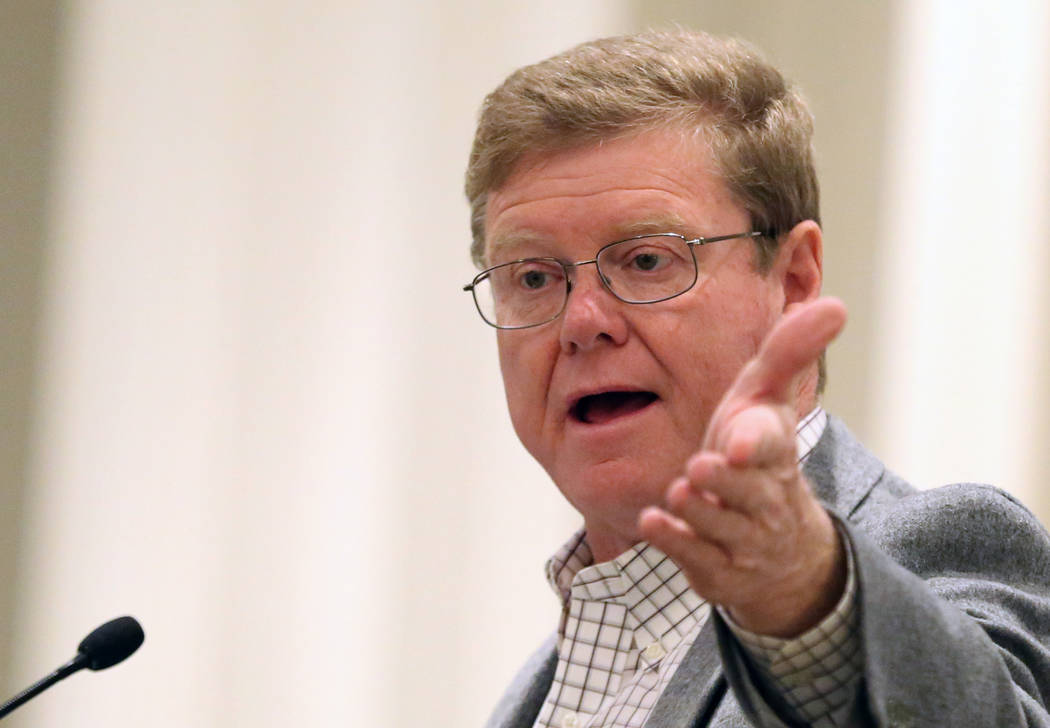 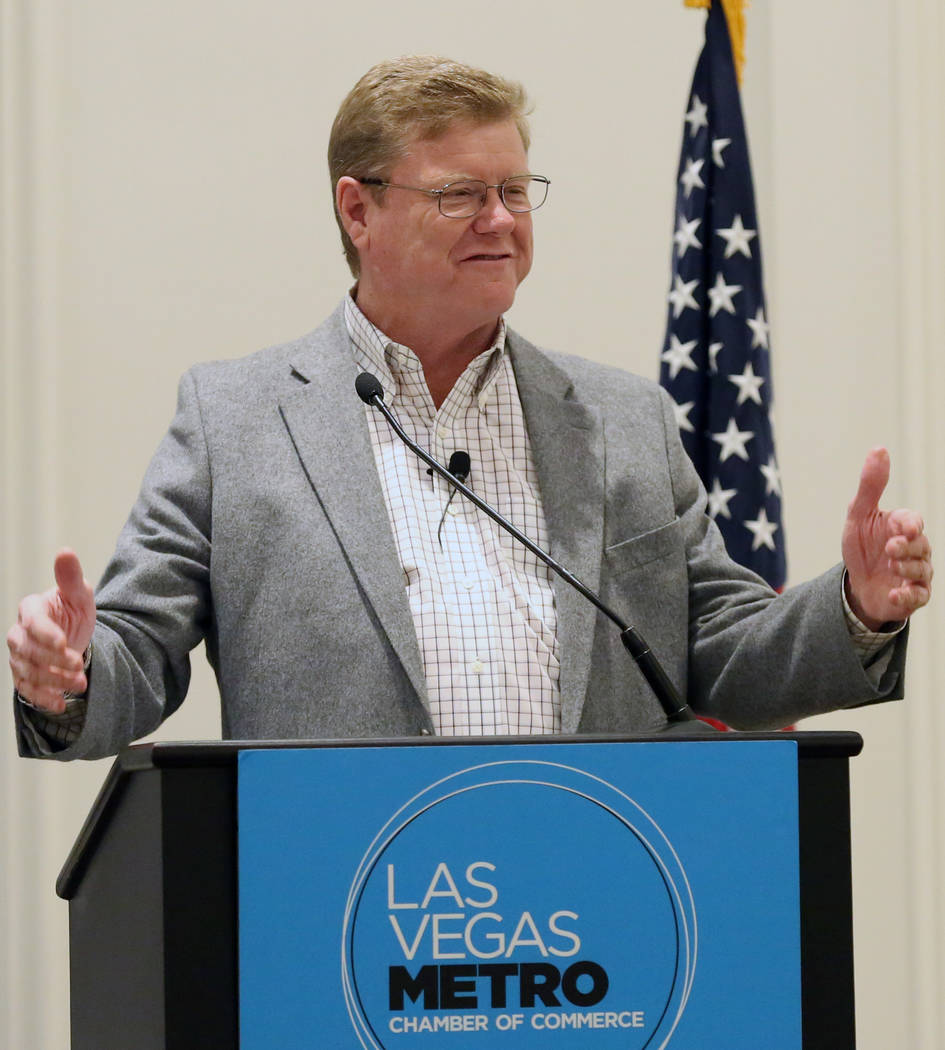 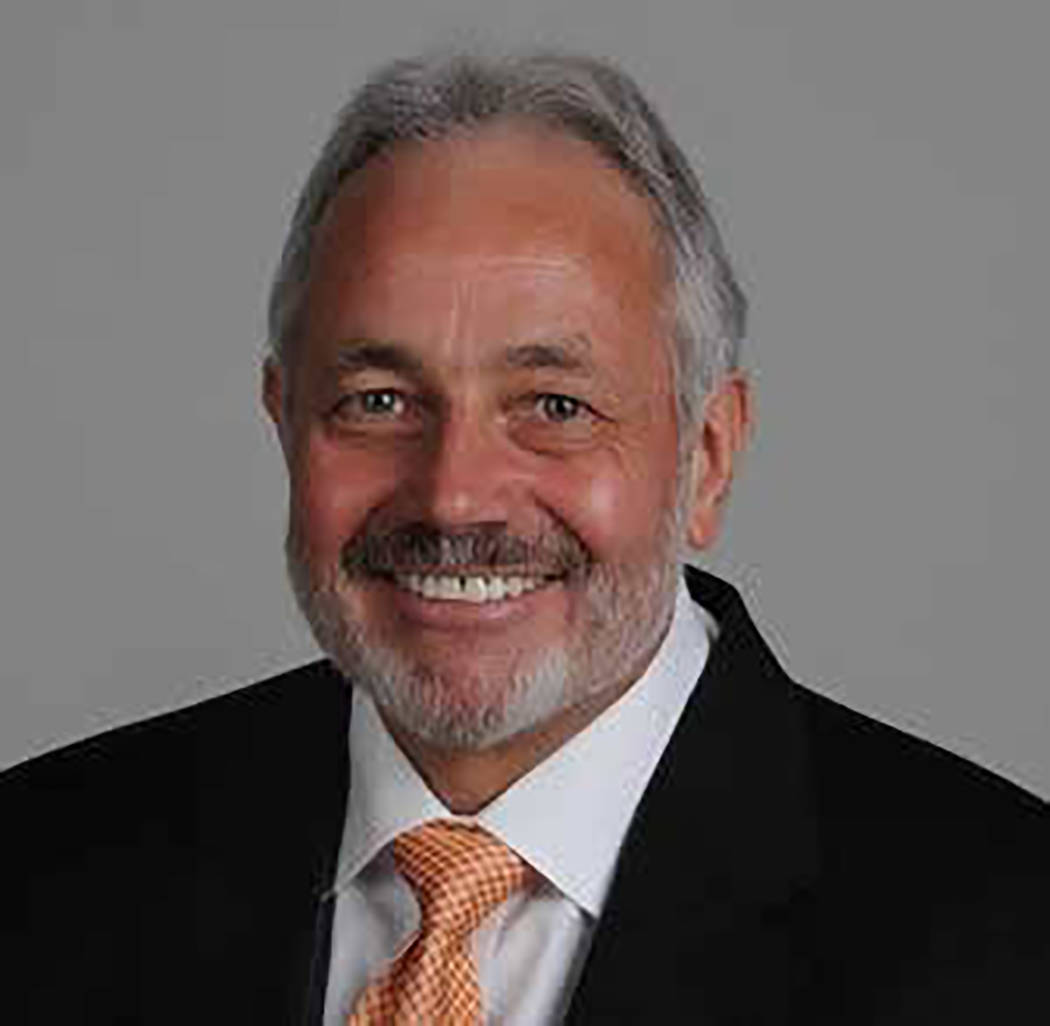 Special to the Pahrump Valley Times Ray Hagar is a journalist for “Nevada Newsmakers.” More information on the public affairs broadcast program, podcast and website are available nevadanewsmakers.com

Nevada’s 2nd U.S. House District Rep. Mark Amodei, the only Republican in the state’s congressional delegation, became embroiled in a national controversy this fall when he was asked his thoughts on the Democrats’ impeachment inquiry of President Donald Trump.

“Let’s put it through the process and see what happens,” Amodei, the Nevada chairman of Trump’s 2016 election campaign, was quoted as saying.

Later in the telephone interview with Nevada journalists, Amodei of Carson City added, “I’m a big fan of oversight, so let’s let the committees get to work and see where it goes.”

Blowback from conservatives and Trump supporters was swift. Amodei was called a traitor and RINO (Republican In Name Only) on his Facebook page, according to the Associated Press.

“In no way, shape or form did I indicate support for impeachment,” he said, according to the Associated Press. Yet he said reports that he “supports the House’s inquiry into whether President Donald Trump should be impeached,” is “absolutely an accurate statement.”

Recently on Nevada Newsmakers, a 2020 Democratic challenger for Amodei’s congressional seat criticized him for sending mixed messages and for being a flip-flopper.

“Mr. Amodei made a statement and I am concerned that he flip-flops, says one thing one day and another thing the next,” said Clint Koble (pronounced (Ko-bly). “I think we deserve a hard and fast statement on that and that is why I say I’m all for the impeachment inquiry.”

Koble received about 42 percent of the vote against Amodei in the 2018 general election. It was the highest vote percentage reached by a Democrat in Nevada’s 2nd U.S. House District since 2006, even though Koble did not have strong financial support or the backing of the Democratic Congressional Campaign Committee.

Koble, a former Dept. of Agriculture official in the Obama Administration who says he and Amodei are on friendly terms, said those in Congress should be honest and easy to understand.

“It concerns me that he has backtracked,” Koble said. “For any representative, I think, it is important to say what you mean and mean what you say.

“I am in support of the impeachment inquiry, I am going to make that very plain,” Koble said. “And if Mr. Amodei is saying one thing one day and one thing the next day, that’s troubling for me and for voters.”

Koble expanded on his reasons to support the impeachment inquiry.

“No one is above the law and it is up to Congress to make sure no one is above the law and that is why I support Nancy Pelosi’s decision for the impeachment inquiry,” Koble said. “There is never a wrong time to do the right thing. Democracy is for those who are willing to fight and defend it and I think that is what Congress is doing, and should do, and I fully support it.”

“There was talk after the shootings in Texas and Ohio that as soon as Congress comes back to session, that the background checks (for gun sales) might be the first legislation addressed,” he said. “Now, we have not heard a word about it and that concerns me. There’s a lot of other legislation that may get delayed or just not get focused on and that concerns me because at the end of the day, Congress needs to legislate. They need to reflect the will of the people and take care of the masses.”

If the impeachment issue puts all else on the back burner, it could further sour citizens’ opinion of Congress, Koble said.

“Just to be in Washington, fighting over whether there was a crime committed or not, is one thing,” he said. “But to not get legislation done is another. And I think it just fuels the fire of people having contempt for Congress and our political system. If they can get both jobs done in a short amount of time, my hat’s off to them. That would be great. I just want it to happen.”

Koble said he wished the issue with Trump could be handled in the 2020 election. When asked then why he supports the impeachment inquiry he said:

“That is a really good point. But anytime it appears someone has broken the law, as I said, there is never a wrong time to do the right thing,” he said. “I think it is Congress’ obligation to do that.

“I just think Congress has given up way too much of its power in the past,” Koble added. “It is time for Congress to stand up the (to) the executive branch no matter who the president is. And if they see there is something inappropriate, they need to bear their responsibility and get the job done, get this inquiry done. And no matter what happens, no matter where the facts go, at least they will have done their job and that is why they need to do it now.”