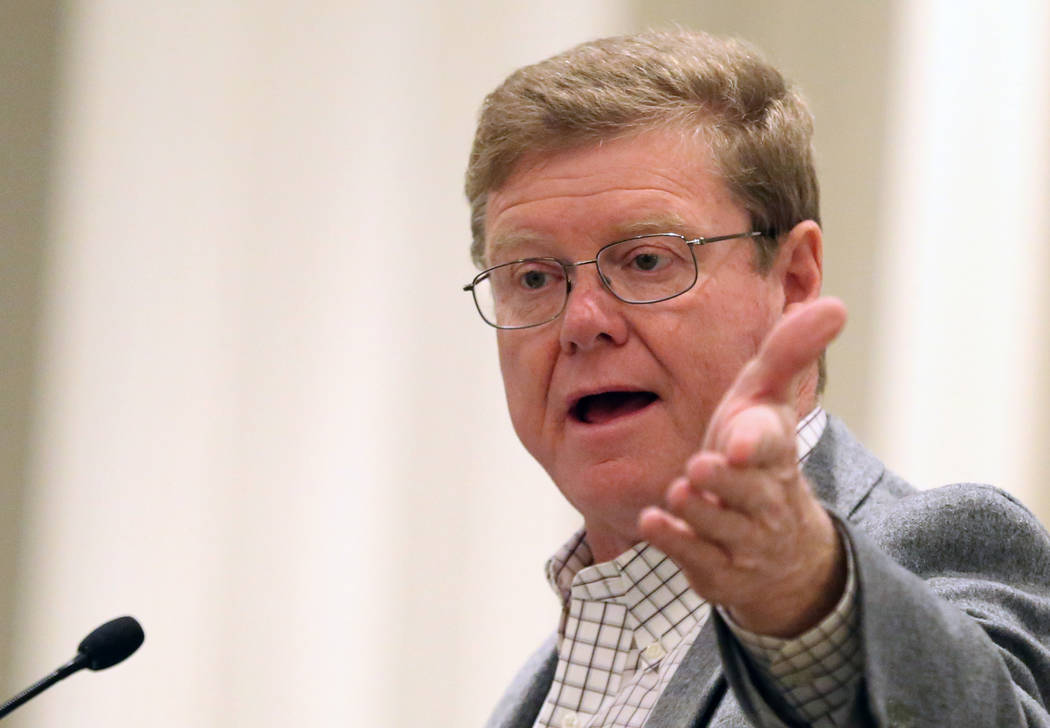 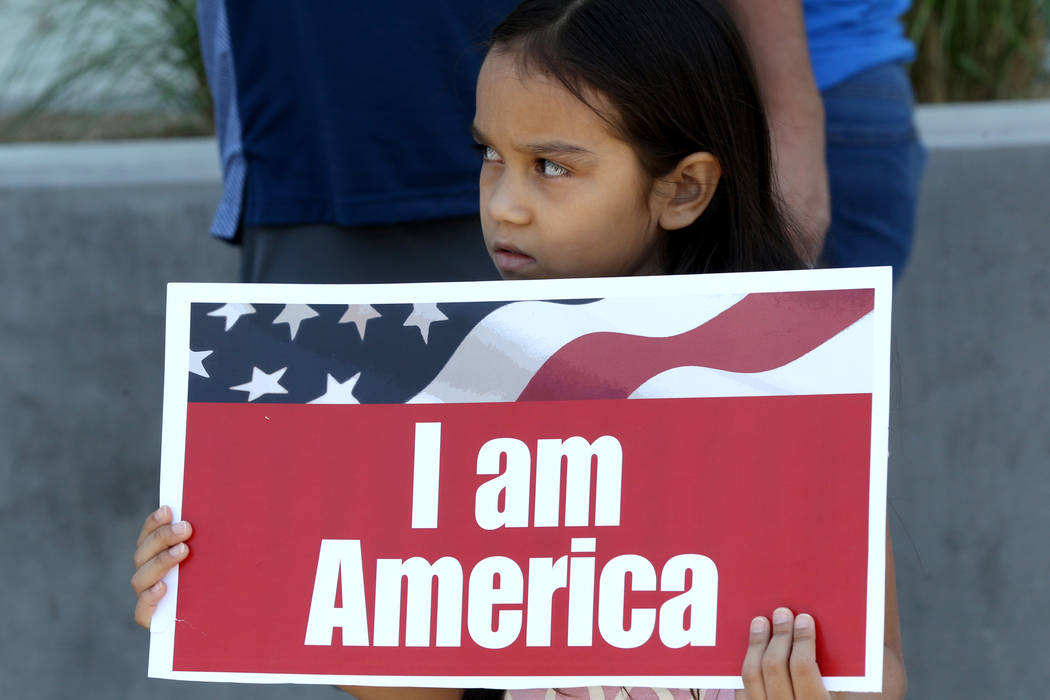 K.M. Cannon/Las Vegas Review-Journal Protesters including Cammy Castillo, 9, during a National Day of Action protest outside the Federal Justice Tower where U.S. Immigration and Customs Enforcement has offices Friday, June 1, 2018. Several organizations organized the rally to protest immigrant children being separated from their families.

An all-encompassing or “comprehensive” immigration reform bill will never get through Congress, the only Republican in Nevada’s congressional delegation, U.S. Rep. Mark Amodei, said recently on Nevada Newsmakers.

“Comprehensive, in my experience back there (in Congress), usually means there is something in there for everybody to hate,” Amodei, of Nevada’s 2nd U.S. House District, told host Sam Shad. “And then they’ll tie themselves to a stake on that and say, ‘I don’t support it.’”

That is why Amodei and others want to tackle the immigration problem one piece at a time.

Their first step is to pass a bill that focuses only on immigration as it pertains to farmworkers and agriculture, Amodei, of Carson City said.

Amodei is one of the 44 co-sponsors of the Farm Workforce Modernization Act, which was introduced in the U.S. House late in October. The bill, which has strong bipartisan support, could give legal status and a path to citizenship to up to 325,000 unauthorized immigrants working in agriculture, according to reports.

Many in Congress appear to be interested. More than 22 percent of total employment in the United States is related to agriculture, according to the U. S. Department of Agriculture.

“Let’s just take the ag (agriculture) issue and try to do something on that as a way to break the ice, if you will,” Amodei said.

“Here’s one we think will be OK and if it works, then let’s go the next one,” Amodei said, speaking about the various issues in the immigration debate. “Some of them are heavier lifts than others but you’ve got to build some momentum, I think.

“Hopefully, this is the start of the momentum,” he said.

Agriculture is a critical element of Nevada’s economy, especially in Amodei’s district, which includes agriculturally-integrated towns such as Elko, Fallon, Fernley, Winnemucca, Lovelock and Gardnerville.

The state’s top five agricultural products include cattle, hay (alfalfa), dairy products, onions, and potatoes, according to state data. Nevada’s ranches rank third in the U.S. for size at an average of 3,500 acres each.

Key elements of the bill include:

■ Giving farm workers the ability to apply for “Certified Agricultural Worker” status, if they have worked in U.S. agriculture for 180 days over the past two years. These work visas will then be renewed every five years

■ Offering long-term farmworkers a path to a green card (Lawful Permanent Residency). Upon the bill’s passage, applicants will be required to work consistently in U.S. agriculture for up to eight more years and pay a $1,000 fine to earn lawful status.

■ Streamlining the application process for the H-2A temporary visa program for seasonal agricultural workers. It would also establish a program, capped at 20,000 visas, for year-round agricultural industries.

As the work on the bill continues, other industries want to be included, Amodei said.

Amodei, however, is against that.

“Part of the challenge is that you hear, ‘Hey, the construction guys want in on it, blah, blah, blah. And listen, there may be some impacts on them. But right now, let’s just do this (on agriculture alone) to see if we can do something,” Amodei said.

Those crafting the bill focused on legislation that could win passage in Congress instead of ideological purity, Erik Nicholson, national vice president of United Farm Workers said.

“It shows the seriousness which we’re all taking this issue,” Nicholson told the Yakama Herald-Gazette. “We were hard-wiring the bipartisan nature of the bill from the beginning.”