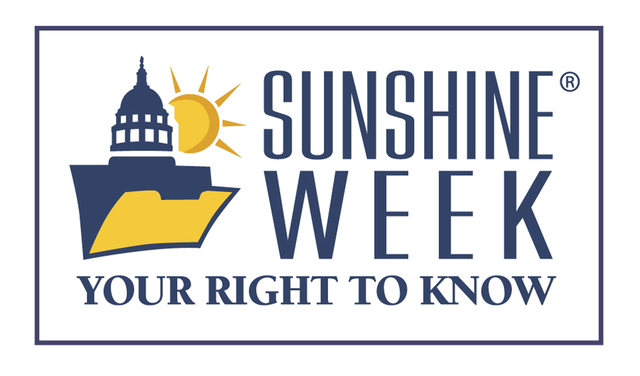 In an age when government leaks, classified e-mails and court orders to unlock phones seem to make the news daily, it’s worth remembering why we insist on open and transparent government.

Sunshine Week is the annual celebration by journalists across the nation of openness in government and our responsibilities in making sure we have strong laws allowing people to view public records and meetings.

A recent case in Kentucky is worth examining because of the extremes a state agency went to hide information about children who died as a result of abuse.

You would think child abuse is a serious enough crime that people would want to make sure there was ample cooperation, coordination and transparency to protect children.

In the Kentucky case, however, it took five years of wrangling for a court to order the agency to turn over records. The court also awarded nearly $1 million in penalties and fees, punishing the state agency for “willful” obstruction of public access to the information.

During Sunshine Week in 2007, I testified in favor of a bill in the Nevada Legislature that makes sure child-abuse deaths and near-deaths are reported publicly. That wasn’t always the case.

Ten years ago, such cases apparently were spiking in Nevada. Newspapers and television stations around the state were reporting on the number of children who had died, some while their abuse cases were being investigated by social workers.

A big part of the problem was that nobody seemed to know exactly what was going on — and local officials in Clark County were reluctant to release information. Even a special blue-ribbon panel of legislators, judges and doctors who were convened to look into the matter couldn’t get the details they wanted.

The figures reported by the press at the time were sickening: at least 79 deaths of children from abuse while they were supposedly under the watch of Nevada social workers. Out of 1,041 deaths of children over a three-year period, some 114 were probably from child abuse — about three times what had been officially reported.

Legislators such as Barbara Buckley in Las Vegas and Sheila Leslie in Reno called those numbers “disgraceful” and “truly shameful.”

Fortunately, the fight didn’t last anything like five years here. The 2007 Legislature passed bills to bring more transparency and accountability to the process.

It’s been an ongoing struggle over the past decade to find funding, training and other resources for Nevada’s social-services system to try to keep workers from being overwhelmed by the cases they must handle every day.

But with more sunshine, we can at least see that Clark County reported 48 incidents of child abuse resulting in deaths or near-fatalities in 2015, while Washoe County had 11 such cases and the rest of Nevada just two. About half the reports were of actual deaths.

No problem ever went away by hiding it. And while child abuse and neglect aren’t likely to disappear, we can at least bring them out in the open to confront them.