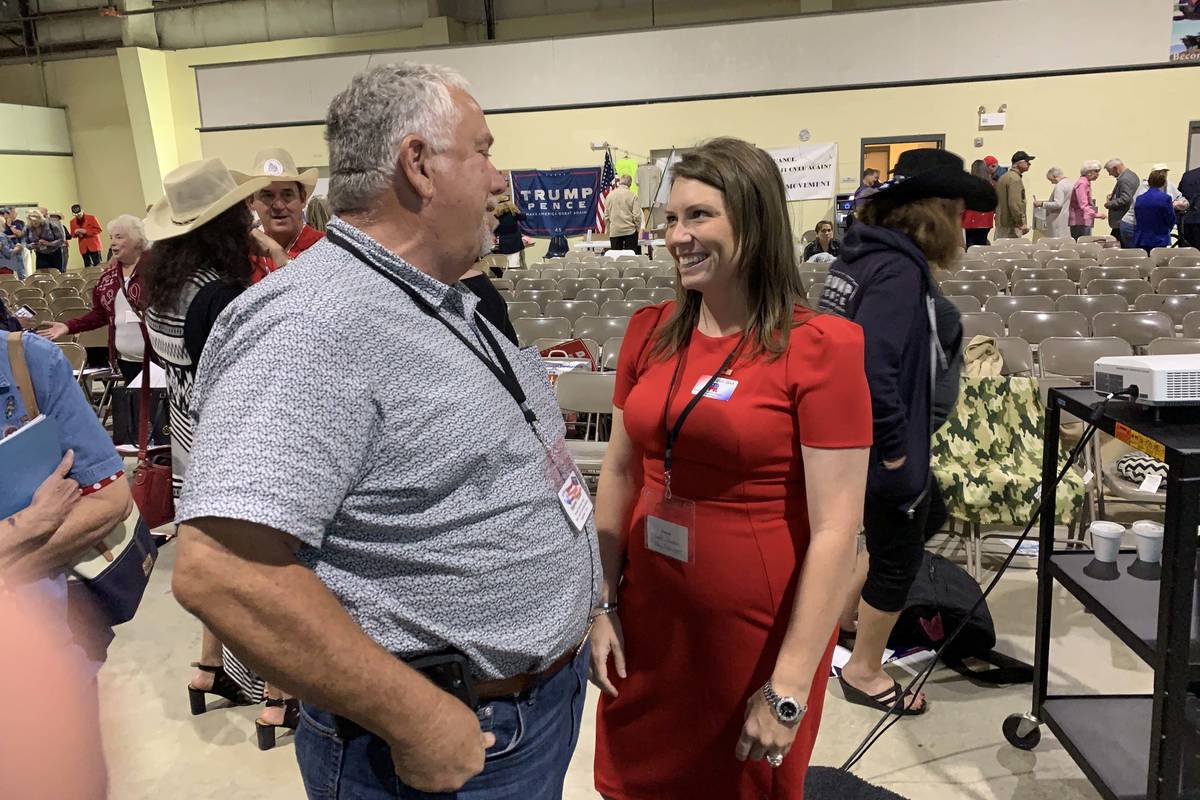 Rising during a portion of the agenda reserved for “remarks from the floor,” Black recounted how the Legislature needed to allow people into its building on Carson Street despite ongoing COVID-19 restrictions, especially given that restaurants, casinos, bars and even T-Mobile Arena were open.

“Mr. Speaker, it is hypocritical for us to have this building closed but allow businesses in Nevada to be open,” Black said. “Either it is safe or it is unsafe to allow people into buildings. The Legislature should either close all buildings or open our doors.”

Black then quickly tried to switch to another part of the agenda, one reserved for motions, resolutions and notices, to say this: “I move we open the Legislative Building under the same safety precautions as required of Walmart, bars, casinos, grocery stores and other businesses.”

Although Black believes wholeheartedly in her cause, you could tell she was acting because she accidentally blurted out the next line of her script — appealing the ruling of the speaker — before the speaker had actually made a ruling. The Assembly instead went into a short recess, after which Speaker Pro Tem Steve Yeager refused to recognize Black’s motion.

Black definitely has a point. Nevadans have the fundamental right to petition the government for the redress of their grievances, under the First Amendment to the U.S. Constitution and Article I, Section 10, of the Nevada Constitution. And fundamental rights may be limited only by laws that are narrowly tailored to achieve a compelling state interest.

Black is also not alone in wanting the building opened to the public, as it usually is during the Legislature’s 120-day session. Whether the public actually has a burning desire to go to Carson City is an open question.

But it’s not as if officials simply decided to ban the public from the halls of the Legislature to keep the carpets clean. During two special sessions last year and this session, they’ve established rules to keep people safe from COVID-19.

And that’s not just in theory. Not only have several lawmakers battled the disease, but the Assembly’s longtime sergeant-at-arms, Robin Bates, died this year of the coronavirus. Public health officials have warned of moving too swiftly on reopenings, too.

“I think the next two months could go in one of two directions,” said Rochelle Walensky, director of the Centers for Disease Control and Prevention, in an interview with NPR. “If things open up, if we’re not really cautious, we could end up with a post-spring break surge the way we saw a post-Christmas surge. We could see much more disease. We could see much more death.”

The public is not shut out of the process the way they are the building; there are myriad ways for constituents to speak to lawmakers. Each has a phone number and email address posted on the Legislature’s website. They’re mostly all on Twitter. Meetings of all floor sessions and committees can be seen on the website or on YouTube. The public can call in to testify at hearings, submit comments by email or even by fax, if you happen to be sending messages from 1992.

Is it as good as showing up in person? No. But it does reflect rules that are — what’s the phrase? — narrowly tailored to serve a compelling state interest.

And, as Black well knows, the Legislature is working toward opening the building as early as next month. Her push to do so now is more about getting a reaction from her real audience — constituents — than actually opening the building. When that finally happens, she can point to her stage debut and, in the meantime, look like she’s agitating for change.

They say freshmen in the Legislature should be seen and not heard, but that’s not Black’s style. Ever since she defeated former Assemblyman Chris Edwards in a GOP primary, she’s signaled that she would be an outlier.

As a freshman member of the minority party (she even eschewed joining the Assembly’s GOP caucus, lest her values be compromised), Political Orphan Annie is a minority of one, and she has literally nothing to lose. The big, bad Democratic majority was going to ignore her no matter what.

There’s a place for performance art in politics. Sometimes, it even does some good. Tuesday’s off-off-off- Broadway moment was not one of those times.