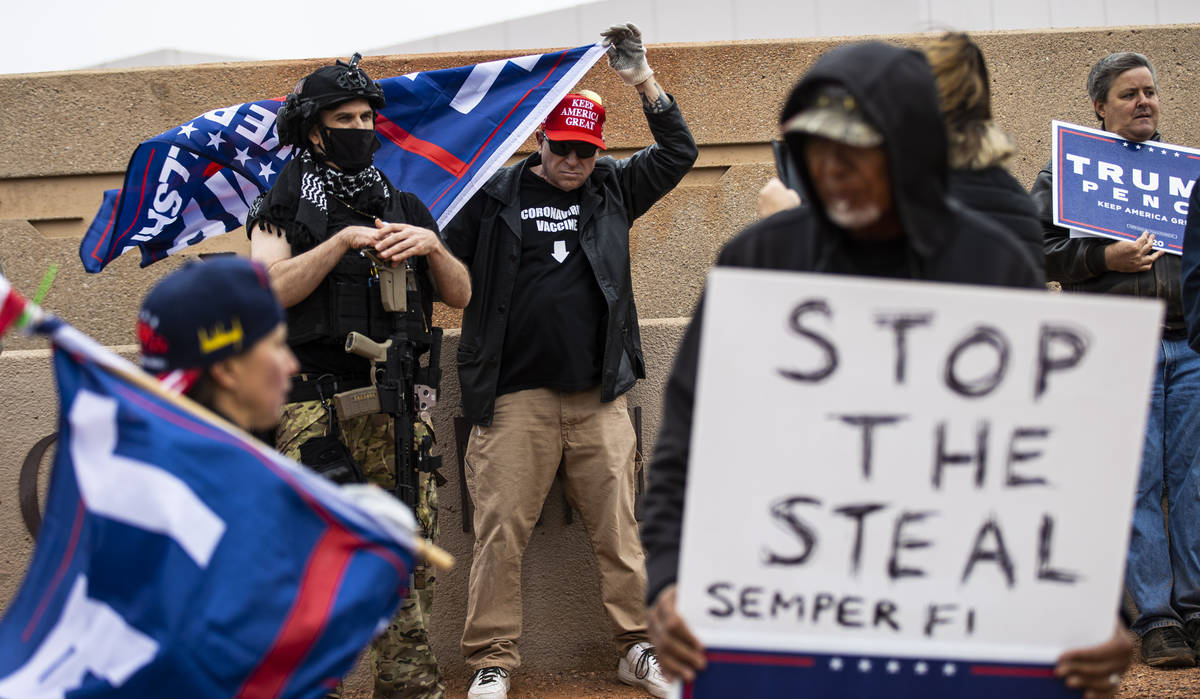 As this is written, the popular vote count in America stands at 73 million for former Vice President Joe Biden and 69 million for President Donald Trump.

As this is written, it appears Republicans will remain in narrow control of the U.S. Senate, while Democrats will keep the House, albeit losing seats to Republicans.

As this is written, Democrats are trailing in several key state legislative races, which may cost the party any chance of a supermajority in either house.

The splotchy presidential map has a familiar look: blue on the West Coast, the upper Midwest and the top half of the Eastern seaboard. Red most everywhere else.

As this is written, votes are still being counted, and the presidential winner has yet to be declared. But one thing we can say for sure, no matter who wins: We are, have been and remain a divided country.

But this is not a column deploring the state of our gridlocked government, looking forward ruefully to another two years of the status quo, wasted opportunities and bills passed by the House ending life in an ever-growing pile in the Senate’s in-box.

Nor is this a column about the wisdom of the voters intentionally splitting power between the parties for the purposes of political balance.

Voters act individually, not collectively, and no plans were hatched during a secret, national town hall at Denny’s to decide how to parcel out power.

Instead, we should consider the practical impact of what the division surfaced by these in-progress election results suggests as a course of action, one that’s been obvious all along, even as partisanship has grown over decades to the white-hot tribal rage we see bubbling over everywhere we look.

We must — whether we want to or not — start cooperating again.

There are plenty who will read that sentence and think its author hopelessly naïve, pointing to the excesses of abuse by one side or another to say cooperation is impossible. It’s that impulse that has driven both parties to the elusive and difficult goal of obtaining one-party control of all three branches of government as the only way to do business.

But the foolishness of that approach is obvious: Eventually, the other side returns to control and tries to erase the other side’s agenda while forcing its own. And on and on we go, in an endless and ultimately feckless cycle of motion in lieu of progress.

Why? In part, it’s because we’ve abandoned the bifurcated campaign-governing cycle of American political life. Now, it’s all campaigning, all the time, which grinds the very different process of governing into the ground.

In his newest book, “The Hardest Job in the World: The American Presidency”, CBS’ “60 Minutes” correspondent John Dickerson highlighted the contrast this way: “Durable and successful governing, on the other hand, requires building coalitions through conciliation and cooperation. … A president or voters who demand total victories are campaigning, not governing. Victories through unilateral action are brittle. Often they can be undone by the next president. These victories are also likely to be puny.”

Contrast that with the major victory that was the U.S. Constitution, itself the product of several compromises, each of which required its drafters to set aside personal or political preference for the good of the future country. While its words are the guidebook for how our government should run, its spirit is the guidebook for how our elected leaders should behave.

Voters sent both Bernie Sanders and Ted Cruz to the Senate because of the very different promises they made. But Vermonters and Texans fully expect — and honestly should demand — that both men work together once the election is finished to solve the vexing problems that confront all Americans. Neither will get all of what he wants, but perhaps together they can take a step toward mutual progress.

And what’s the alternative, really? Continued gridlock? Ever-increasing deficits and debts, income inequality and social unrest? That kind of a system is not sustainable, and those who seek to rule in it will win a hollow and temporary victory.

The people have (almost finished!) spoken. We’ve tried brutal partisan warfare and ended up at each other’s throats time and again, no better for the effort. Why not give the great American tradition of compromise a whirl and see if we can do better?

As this is written, it appears we have no other alternative.