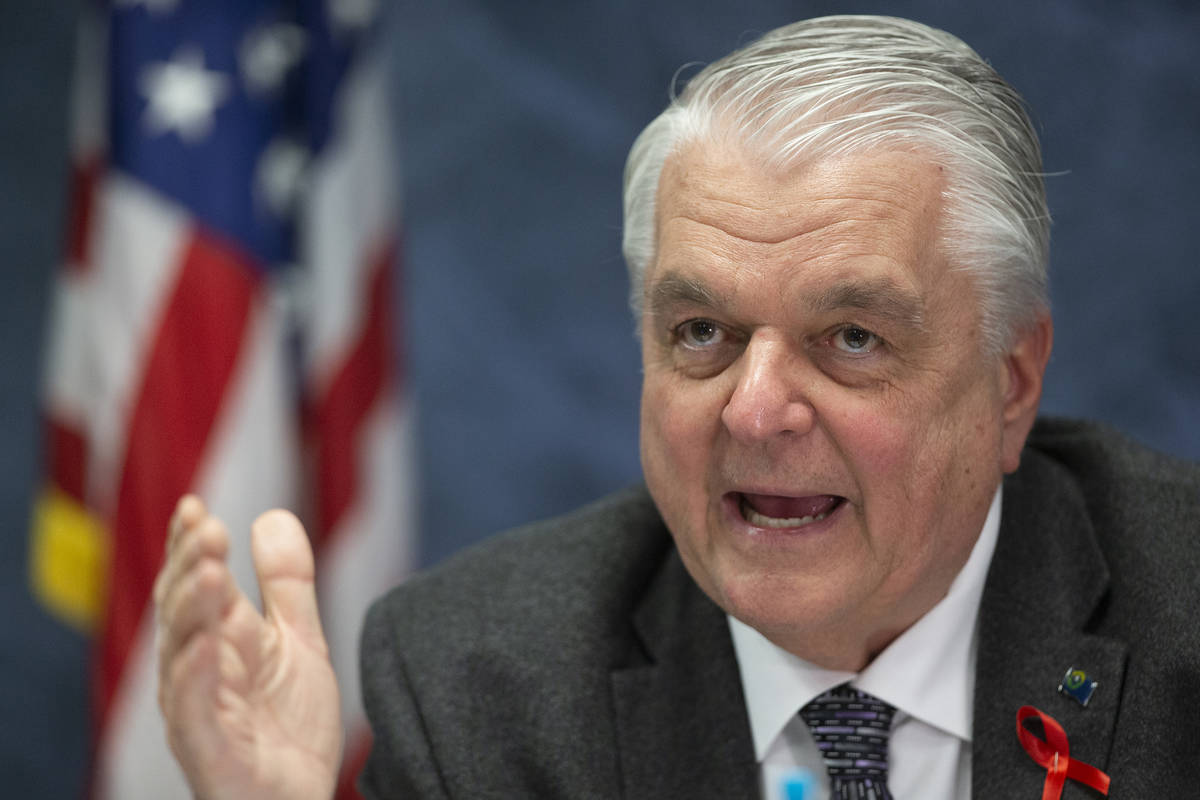 On Wednesday, Las Vegas Mayor Carolyn Goodman called the shutdown of all nonessential businesses in the state “total insanity.” But it really isn’t.

Goodman is far from alone in chafing under the order and questioning the wisdom behind it. Some have suggested Sisolak lacks the authority to impose the rule, even in the face of a pandemic that claimed more than 145,000 lives globally.

But the Legislature has granted the governor ample powers for use in emergency situations, and his directives are well within that authority.

Others raised objections when the governor’s order not to gather in groups of more than 10 affected religious services during Easter and Passover. They questioned whether the governor’s emergency powers could trump the rights to assembly and the free exercise of religion.

No right is unlimited. When the government seeks to infringe on fundamental constitutional rights, however, it’s required to use the least restrictive means necessary to achieve the state’s compelling interest.

You can argue that there may have been a less restrictive solution — some churches had drive-in services where worshippers remained in their cars — but you can’t argue the state’s reason isn’t compelling.

Sisolak’s critics may not fully appreciate the overwhelming pressure the governor faces. On the one hand, his orders have closed businesses and thrown thousands of hardworking Nevadans off their jobs. Unemployment claims are being filed at record levels, and the system is completely overwhelmed. People are going stir-crazy at home, as one day blends into the next.

On the other, the governor knows minimizing interaction is the surest and most effective way to reduce the transmission of coronavirus. His directive is helping keep Nevada’s hospitals from being overwhelmed.

If the governor has erred, it’s to keep people alive. (And it’s a wonder that many people who claim to be pro-life are calling for a reopening of the economy knowing that it will lead to more exposure.)

So far, Sisolak has handled the crisis and the criticism with resolve. He’s facing the most significant test of leadership faced by any Nevada governor.

But now, the future.

Every day the country is shut down has consequences. It’s time for us to start planning for what we do after the immediate danger has passed and figure out how we will reopen in a world with the coronavirus in as smart and as safe a way as possible.

The very act of planning provides us some badly needed hope. At my house, we’ve begun writing on a chalkboard all of the things we plan to do when Nevada and the nation reopens. Each new item is a reminder that this will end, that we are not serving life without parole.

Making those plans is not a betrayal of our commitment to flattening the coronavirus curve. No, we’re not going to reopen tomorrow. Yes, we’re going to rely on doctors, on science and on data to tell us when it’s safe. We’re impatient for that day, but we also don’t want to waste the sacrifices that have already been made to fight COVID-19.

Businesses will reopen. We will be able to return to golf courses and restaurants and church services crowded with worshippers thankful to God for their health. We will not soon take for granted even the mundane, everyday things — a beer with friends, a book club meeting, even going to work in an office.

For now, most of us accept that things are not normal, and that we must do our part to keep everyone safe. But we also need to look to a tomorrow that, while not the same, is filled with more hope than we have today. And we can do both.

Steve Sebeluis is a columnist and politics and government editor at the Las Vegas Review-Journal.