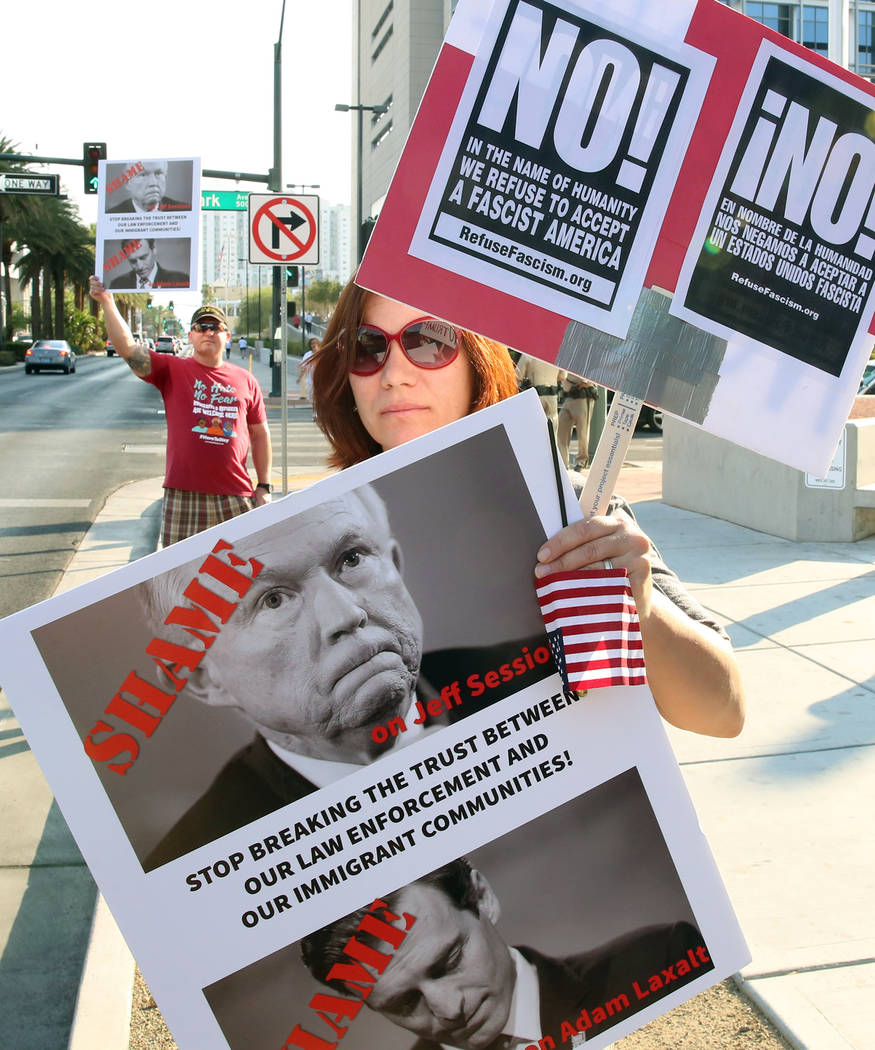 Bizuayehu Tesfaye/Las Vegas Review-Journal A protester, who declined to give her name, protests against a ban on sanctuary cities outside a federal building in downtown Las Vegas where U.S. Attorney General Jeff Sessions spoke to federal, state and local law enforcement officials on Wednesday, July 12, 2017.

We shouldn’t need Cardinal Timothy Dolan to tell us this:

Don’t get me wrong. I’m glad he said it, as I’m far from sure I could have said it nearly as well. But I’m just completely floored by the idea that, in this day and age, Americans need the Archbishop of New York to remind us of something as obvious as the fact that it’s wrong to abduct children.

According to the Associated Press, it happened nearly 2,000 times between mid-April and the end of May, with no end in sight.

As jaded as we’ve become since 9/11 — as accustomed to the government’s violations of our own rights and the rights of those abroad, whether it’s TSA thugs groping Americans at airports or the CIA torturing foreigners at foreign “black sites” — surely we can all agree that this time Washington has finally gone too far, right?

Well, no. The president of the United States, his chief of staff, the attorney general, and even some members of Congress are actively defending the abduction of children. Not as an emergency measure for kids in immediate danger, but as policy for the purpose of punishing parents who cross an imaginary line on the ground without politicians’ permission.

It’s an evil policy. Officials who order it are loathsome creatures whose appeals to God in its defense are nothing short of blasphemy. They and those who enforce it are criminals. Both deserve short trials and long sentences.

Hint to Republicans: When your best defense of a policy is that you’re just escalating a practice that occurred under Democrats as well, you’ve got no defense at all.

“Indeed I tremble for my country when I reflect that God is just, that his justice cannot sleep forever.”