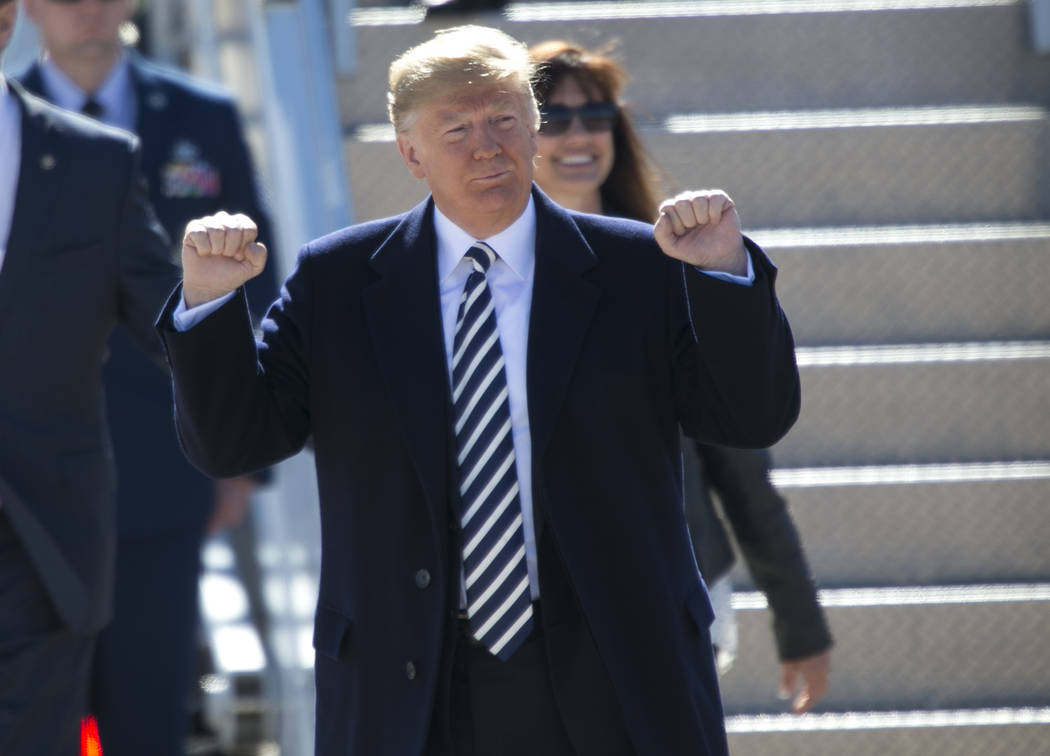 On Oct. 29, President Donald Trump took to Twitter, warning that a migrant “caravan” approaching the U.S.-Mexico border was “an invasion of our country and our military is waiting for you!”

On Nov. 18, as the caravan reached Tijuana — and the border — he reiterated the “invasion” claim: “[T]he U.S. is ill-prepared for this invasion, and will not stand for it.”

It’s perverse to characterize a migrant “caravan” — a group of civilian non-combatants, many of them women and children, moving from one place to another in search of safety, freedom and livelihood — as an “invasion.”

Is the morning commute of millions of workers into every major American city an “invasion?” More than one in 10 Americans move each year — often across city, county, even state “borders.” Are they “invaders?”

An invasion is a violent military operation. Moving from Tegucigalpa to Topeka to find a job and rent an apartment isn’t anything like that.

But Trump used the word, and even promised a military response. So, for the sake of argument, let’s take him seriously. There’s a war on at the border, at least in his fevered imagination.

The United States is signatory to the Chemical Weapons Convention, under which “[e]ach State Party undertakes not to use riot control agents as a method of warfare.”

If the confrontation at the San Ysidro border crossing is indeed combat to defeat “invaders,” then the use of “tear gas” (CS — a chemical weapon banned under the Convention) on the “caravan” members on Nov. 26 was a war crime.

The victims were on the Mexican side of the border. Mexico is a party to the Rome Statute, which means that crimes committed on its soil — regardless of the nationality of the perpetrators — come under the jurisdiction of the International Criminal Court.

It’s unlikely that the court can bring the perpetrators (which would include the entire chain of command which authorized the use of CS, up to and including President Trump) to trial and impose due punishment, as the U.S. declines to recognize the ICC’s jurisdiction.

What the court CAN do is investigate the incident and, if it determines that a war crime was committed in a territory under its jurisdiction, issue Interpol “Red Notices” requiring states which DO recognize its jurisdiction to apprehend the perpetrators and hand them over for trial if the opportunity to do so presents itself.

The practical effect of such an action would be that neither President Trump nor any of the other responsible individuals would be able to travel outside the U.S. without fear of arrest. Ever.

This should be a “teachable moment.” Words do indeed mean things, and a when a president uses a word mendaciously and for political advantage, the obligations and consequences attached to that usage should follow.

I’m emailing this column to the Office of the Prosecutor of the International Criminal Court — otp.informationdesk@icc-cpi.intas. I hope others will similarly act to call the crime in question to the Court’s attention.