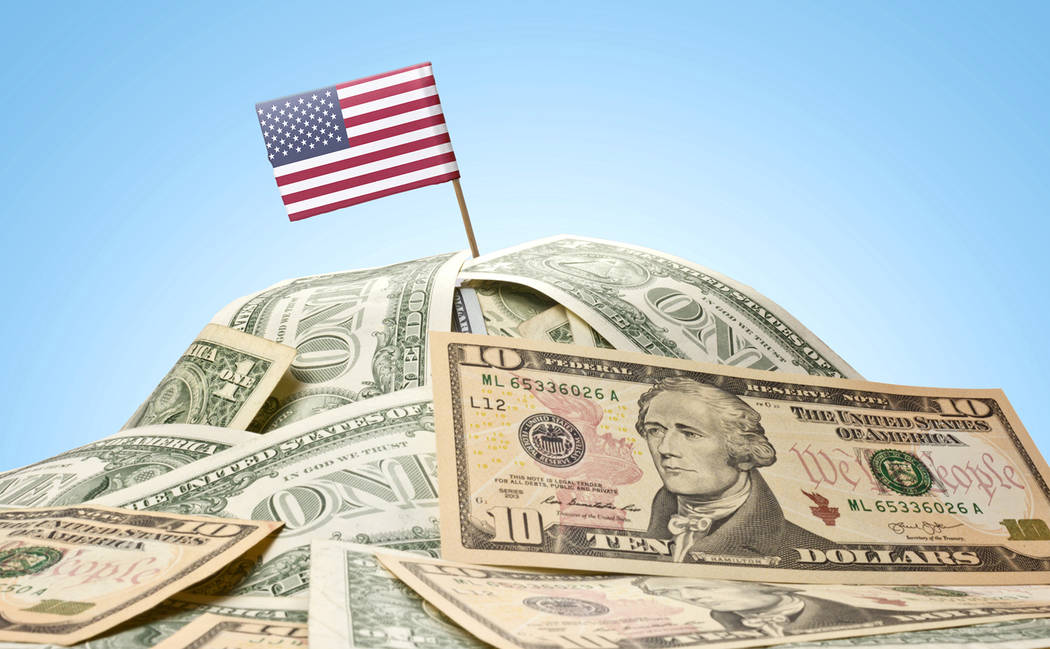 Thinkstock Nobody realistically expects the U.S. government’s existing debt to ever be paid off, columnist Thomas Knapp writes.

In March and April CNBC reports, foreign governments started cutting back on the amount of U.S. government debt they buy and hold.

Disclaimer: I’m no expert in finance generally or in government debt specifically, and those matters are complex. But I don’t think it’s controversial to say that when large creditors stop buying and start dumping someone’s debt, it’s a bad sign for future borrowing: A de facto reduction in the borrower’s credit rating.

These dumps seem small — less than $100 billion out of a total U.S. national debt of more than $21 trillion — but they cover only a couple of months. The immediate effect is that the U.S. government is going to have to offer higher interest rates to borrow more money. It has fewer prospective lenders to work with, and its new borrowing has to compete against that old debt, which is presumably selling at a discount in global markets.

The U.S. government is basically the guy who took out a huge home mortgage, then kept refinancing and borrowing against equity, while trading in his car for a new one (and a larger payment) every two years, and now finds himself visiting car title and payday lenders every week just to keep himself in groceries.

Nobody realistically expects the U.S. government’s existing debt to ever be paid off. In fact, some American thought leaders — supposedly reputable economists, even — scoff at the idea that it SHOULD be paid off and believe that Uncle Sam can just keep borrowing forever, adding current interest to your tax bill and the tax bills of your descendants, without ever having to tighten his own belt.

They’re wrong, and dangerously so. That debt is something foreign governments can hold over Uncle Sam’s head (perhaps these dumps are strategic moves in the current trade war?) — and prospective default on it is something he can hold over theirs. Sooner or later, one way or another, it’s going to end badly.

Caught in the middle are the more than 300 million Americans in whose name the U.S. government borrows. Every dollar borrowed is a promise to beat a dollar, plus interest, out of your hide and mine, in perpetuity.

If the U.S. government won’t bite the bullet — repudiate its debt, balance its budget, and take the credit beating it richly deserves for a shocking century-plus record of complete financial irresponsibility — the rest of us should do so on its behalf. We didn’t borrow that money. Let the politicians who dug the hole dig their own way out of it. Or bury themselves in it.