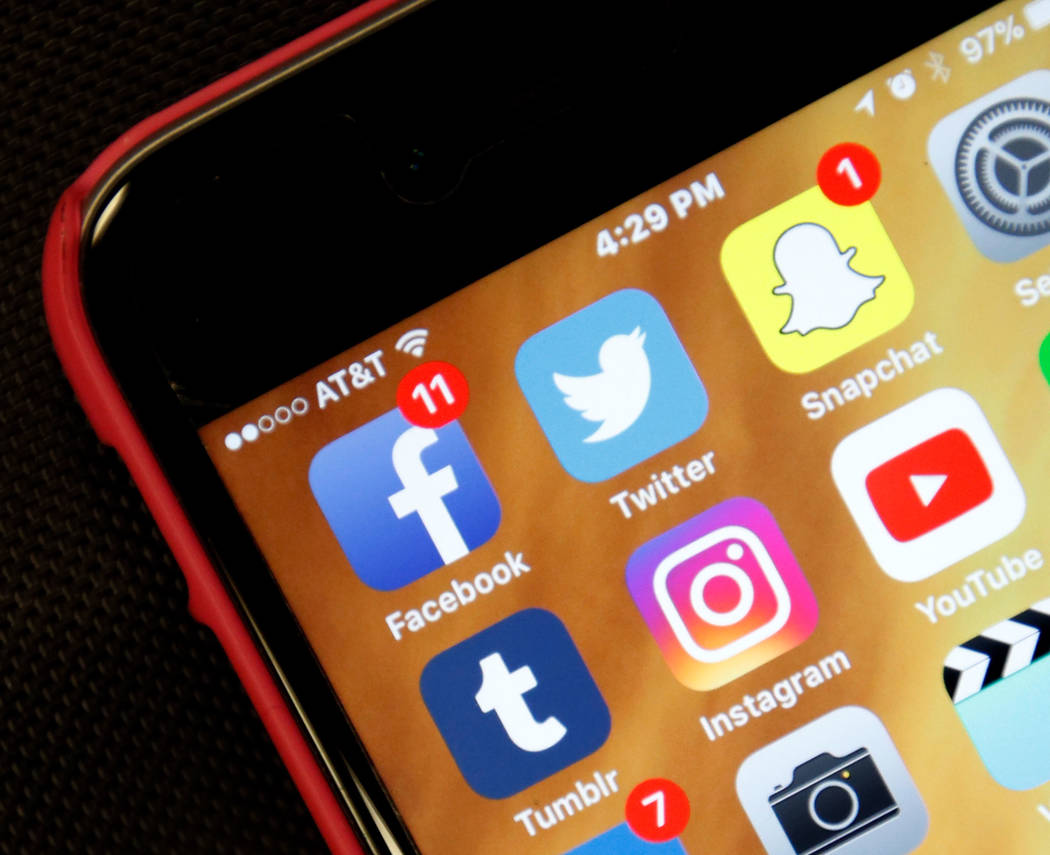 Chitose Suzuki/Las Vegas Review-Journal The U.S. government’s use of putatively “private sector” social media outlets as proxy censors has been going on for some time, but the Russiagate scandal lent it new momentum, columnist Thomas Knapp writes.

In a recent tweet, U.S. Sen. Chris Murphy, D-Connecticut, warned that “Infowars is the tip of a giant iceberg of hate and lies that uses sites like Facebook and YouTube to tear our nation apart.”

His solution: “These companies must do more than take down one website. The survival of our democracy depends on it.”

Yes, odd as it might seem, Senator Murphy believes that the future of America can only be secured by suppressing information and discussion he doesn’t like. That sentiment seems to be going around. David McCabe of Axios reports on a leaked policy paper from the office of U.S. Sen. Mark Warner, D-Virginia).

Two of its most dangerous proposals: “[N]ew federal funding for media literacy programs that could help consumers sort through the information on online platforms.” In other words, well-financed government propaganda to make sure we hear what Mark Warner wants us to hear (and think what he wants us to think about what we hear elsewhere).

“[R]equiring web platforms to label bot accounts or do more to identify authentic accounts, with the threat of sanction by the Federal Trade Commission if they fail to do so.” America’s long tradition of anonymous and pseudonymous political speech — not least among it the Revolution-era pamphlets of Thomas Paine — shouldn’t be subject to the veto of Mark Warner or Chris Murphy.

Then, a good laugh: “The size and reach of these platforms demand that we ensure proper oversight, transparency and effective management of technologies that in large measure undergird our social lives, our economy, and our politics.”

Since when has government ever produced proper oversight, transparency, or effective management of anything? And what could possibly go wrong with eviscerating the First Amendment to give these jokers “oversight” or “management” powers over technologies that undergird our politics? What’s really going on here?

Political blogger Michael Krieger answers that question with a simple headline: “Censorship Is What Happens When Powerful People Get Scared.” The American political establishment has spent the last decade quaking in its boots over the next potential disclosure from WikiLeaks, Edward Snowden, or whistleblowers yet unknown. This isn’t about “our democracy.” It’s about “their power.”

The U.S. government’s use of putatively “private sector” social media outlets as proxy censors has been going on for some time, but the Russiagate scandal lent it new momentum. And it’s not just some alleged lunatic fringe that they’re after.

We don’t need “more government oversight” of social media. What we need is for it to be recognized, and treated, as a criminal abuse of power (and a violation of U.S. Code Title 18 § 241 — “conspiracy against rights”) for government officials or employees to attempt to “oversee” or “manage” social media’s content standards.

Let me reconfigure Chris Murphy’s authoritarian statement to correctly name the stakes: The survival of our freedom depends on it.