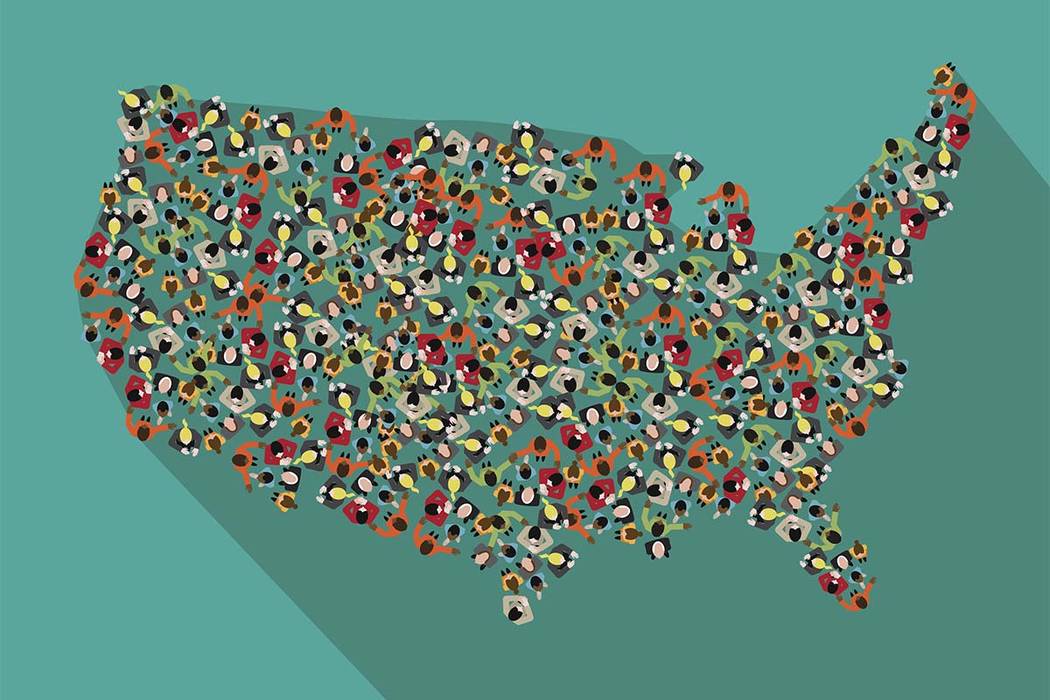 Thinkstock The U.S. Department of Justice wants the Census Bureau to ask respondents about their citizenship status, which could result in people avoiding the census altogether.

Uncertainty “is swirling over whether the Census Bureau will be able to get an accurate population count for the 2020 census,” The Hill reports.

The U.S. Department of Justice wants the bureau to ask respondents about their citizenship status, which could result in people avoiding the census altogether.

There’s a simple solution to the “problem,” and that is for the Census Bureau to slim its questionnaire down to the only question it can legally ask:

“How many people live here?”

The authority for the decennial federal census is found in Article I, Section 2 of the U.S. Constitution:

“Representatives and direct Taxes shall be apportioned among the several States which may be included within this Union, according to their respective Numbers …. The actual Enumeration shall be made within three Years after the first Meeting of the Congress of the United States, and within every subsequent Term of ten Years, in such Manner as they shall by Law direct.”

While the Constitution specifies citizenship requirements for serving in Congress, it makes no such distinction when it comes to the “enumeration” — the census.

The purpose of the census is to count noses, period, end of story.

Not what citizenship the noses hold.

Not what color the noses are.

Not what direction the noses are pointed in for purposes of prayer.

Not what language the mouth beneath the nose speaks.

Not whether the nose in question is attached to a male, female, transgender, gay, straight, bisexual, or differently abled body.

Number of noses. That’s it. That’s all.

Anything else, and anything done at any other time, such as the “American Community Survey” done between legitimate census periods, exceeds the Census Bureau’s constitutional brief. Which means, per the 10th Amendment, that it is unconstitutional. And, therefore, illegal.

Yes, U.S. courts have held otherwise. Those same courts also held that people of color had “no rights which the white man was bound to respect” (Dred Scott v. Sanford) and then later that “equal but separate” treatment under law sufficiently respected those newly discovered rights (Plessy v. Ferguson), and still later that separate was inherently unequal (Brown v. Board of Education).

No amount of jiggery-pokery from the bench can obscure the plain meaning and obvious intent of Article I, Section 2. The Census Bureau shouldn’t be asking, nor should anyone consider himself or herself under any obligation whatsoever to answer, anything more or other than:

“How many people live here?”