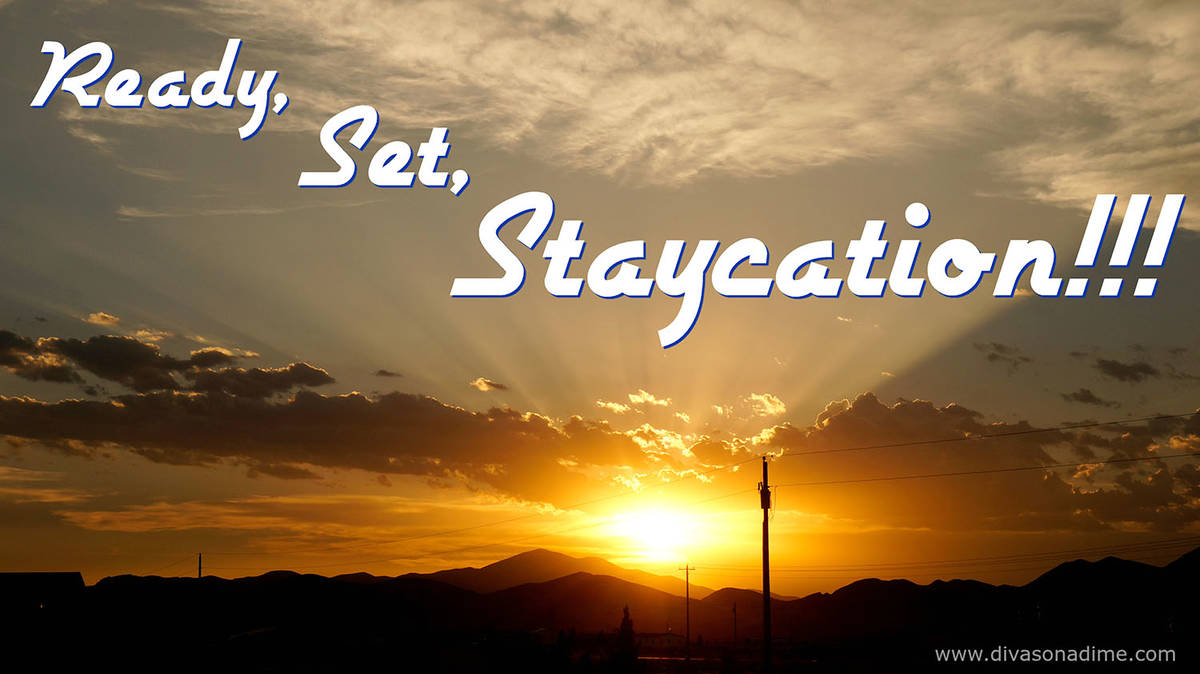 Patti Diamond/Special to the Pahrump Valley Times While some families spend thousands of dollars on their getaway, an increasingly popular trend is choosing a stay-at-home vacation or staycation.

I would have gone to see a major show or two in Las Vegas, and I would be looking at an events calendar to see when the next big concert would be, so I could get tickets before it sold out. Not this year. With COVID-19 changing everything about what we used to do, I (and everyone else!) have to develop a new plan for vacation trips and nights out with friends and significant others.

We are just a few short months away from summer when families often take vacations together. Schools typically finish their winter/spring sessions at the end of May or early June, so kids are back home for a couple of months. The daylight hours grow longer, and the weather gets more agreeable across most of the Northern Hemisphere. It is the time of year when families travel to Disneyland, go camping, or visit distant relatives. For those whose children are grown, summer might be when you take a more extended vacation in the U.S., or, if you are lucky and can afford to, fly to another country.

For Europeans, summer is the time of year when they head to the United States for vacation. In 2019, there were 79.26 million international visitors to the U.S. This figure includes visitors from overseas, Mexico, and Canada. Of that amount, 14.56 million visitors were from Western Europe. It is common in Europe for companies to shut down entirely for a month during the summer to allow their employees to travel. When I was in the corporate world, my European counterparts would tell me that they were coming to the United States for a month during the summer to rent a car or RV and travel to the Western U.S.A. They always had the same places they wanted to see, our National Parks at Yellowstone, Yosemite, Death Valley, Zion, and of course, a visit to Las Vegas. Locally, our economy benefited as many of those visitors to Death Valley passed through Pahrump and our neighboring communities. A record 1,740,945 people visited Death Valley National Park in 2019. The desert park’s visitation has more than doubled in the past ten years.

Last year, everything changed. President Trump had announced an initial travel ban on Jan. 18, 2020, on non-American travelers entering from China to stop the spread of the coronavirus. The ban was extended to European countries on March 14, the U.S. shutting itself off from the world as the pandemic entered full force. In a corresponding move, European countries banned Americans from traveling to Europe. On Jan. 18, 2021, former President Trump had ordered an end to the ban on travelers from Europe and Brazil to stop the spread of the coronavirus to the United States. The order was quickly rejected by aides to President Joseph R. Biden Jr., who said President Biden would rescind President Trump’s order.

The travel bans’ extension means that travel to and from Europe will be difficult in 2021, at least for a while. Domestic air travel is picking up momentum, but many U.S. vacation destinations are still either closed or have severe restrictions placed on them to be open. With a lack of foreign and domestic options, Staycations and RVing have become the new hot trends for U.S. residents that need to get out and do something. RVing allows vacationers to be “socially distant” and avoid close contact with other travelers. RVing also gives vacationers flexibility, allowing them to avoid COVID-19 hotspots and travel to safer areas. Road trips to our national parks might even be a little less crowded without the crush of foreign visitors.

Staycations are a vacation in one’s home country rather than abroad, or one spent at home and involving day trips to local attractions. Staycations can be as short as one day, or they can be much longer. The choice is up to the traveler. For rural residents, a staycation can be a day trip to Death Valley, Beatty, Tecopa, or several other local fun and exciting places to visit. You can take a 4-wheel drive or a UTV and explore the hundreds of off-road trails in Nye County. With Las Vegas just an hour away, you can check into a world-class hotel at a much lower price than if the visitor numbers were back to normal. You can dine in one of the many unique and upscale restaurants and shop at the boutique stores in the hotel and casino properties. The big-name entertainment acts have not yet returned to Las Vegas, but dozens of smaller shows have reopened. Fremont Street is open minus the live entertainment, and it’s a great place to people watch.

I am looking forward to being able to travel again someday freely. In the meantime, I will go out and appreciate all the fun and entertaining things we have to do right here.