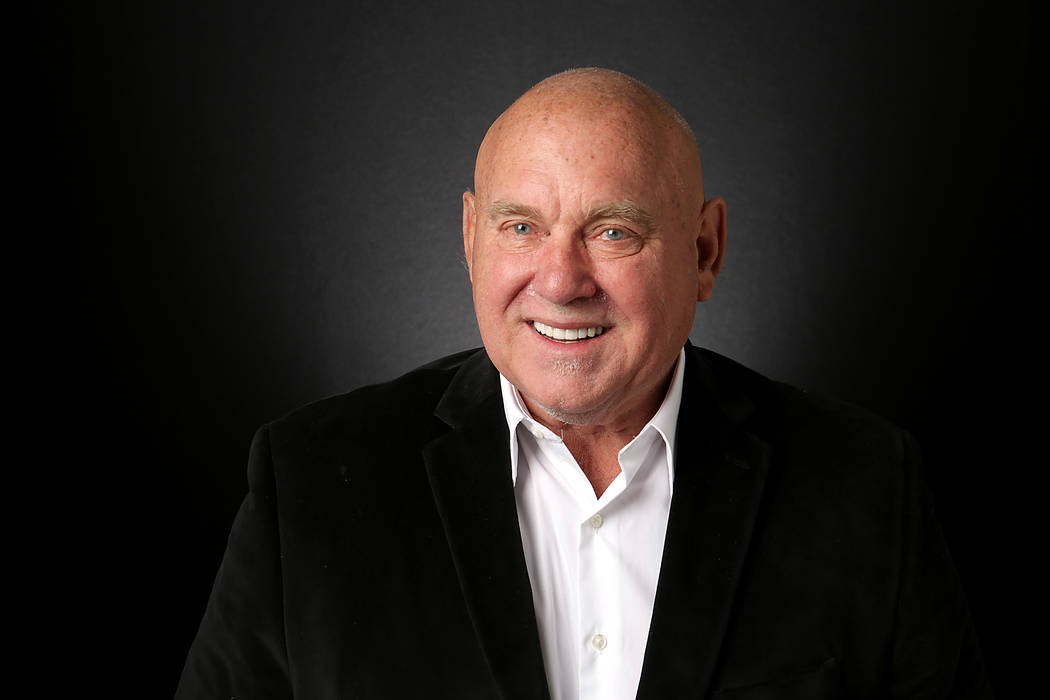 Dennis Hof turned the political landscape upside down by winning the Republican nomination for Assembly District 36. He did so with a large infusion of money, a boisterous personality, and by tapping into the “Trump effect” with an anti-tax platform that appealed to conservative voters.

It seemed like his election to the Assembly was a foregone conclusion in a district heavily dominated by Republican voters. The only real question that remained was how effective he was going to be in Carson City where party leaders were threatening to not seat him or at the very least, marginalize his Assembly seat and ignore him. Based on how he overcame all odds in winning the primary election it was a given that he would somehow shake things up in Carson City.

And then suddenly he was gone, having passed away in his sleep after celebrating his birthday. His passing has created a whole new list of questions with answers that are not easily discerned.

First on the list is what will happen to his business interests in Nye County, primarily the brothel in Crystal?

In Lyon County, Mr. Hof had set up his brothels with a co-licensor so when he passed away that person took over as the primary operator and the brothels continued in operation.

In Nye County, he did not have a similar arrangement. County regulations license a person or persons to operate a brothel and therefore without another licensed person, the brothel must halt operations until a new owner or heir applies for a brothel license.

Mr. Hof also had several lawsuits against Nye County and public officials. What happens to those lawsuits? Will his heir(s) continue the lawsuits, or will they be dismissed? Perhaps when the legal issues of his estate are settled these questions will be resolved. It has been reported that he had a will, but could there be challenges to it by family members or someone else? Regardless of how it plays out, the legal process takes time and it could be years before many of these questions are answered.

One question that must be answered in the next few weeks is what happens with his primary nomination and the election process? His name will remain on the ballot against the Democratic opponent, and he could still be elected. If that happens, it falls upon the three counties that comprise Assembly District 36 and their respective commissioners to appoint a replacement. The process seems convoluted, but it is straightforward.

Nye County commissioners would essentially control who would replace Mr. Hof if he was elected but it is a cooperative effort with Lincoln and Clark County commissioners. But who would they appoint? There will be a push from Hof supporters to appoint someone from his camp to that seat. There will also be some sentiment to appoint the incumbent. Either choice is problematic.

Mr. Hof had financial resources and a strong personality that would be difficult to duplicate by someone within his circle. The Nye County Republican Party leadership has vowed to strongly fight the appointment of the incumbent. Appointing the incumbent could be perceived as an insult to those that voted for Hof, but Hof only carried Nye County and lost to the incumbent in Lincoln and Clark counties. Hof failed to carry a true majority with 43 percent of the votes so that is not a clear mandate to select only a Hof protégé.

Whoever is appointed to the Assembly seat has a difficult path. They would be a freshman Assemblyperson in the minority party trying to protect Assembly District 36 interests in an era of a Democrat-controlled Assembly, Senate, and perhaps governor.

Perhaps it is time to look beyond old alliances and politics as usual for new leadership. Someone with charisma and networking skills that can work across party lines in Carson City. Someone with conservative values but is not beholden to any one particular sector of our community and instead represents all residents.

The trick, of course, is not only finding that person but convincing them to enter the messy world of politics. Given today’s current political climate that might be the most difficult task of all.