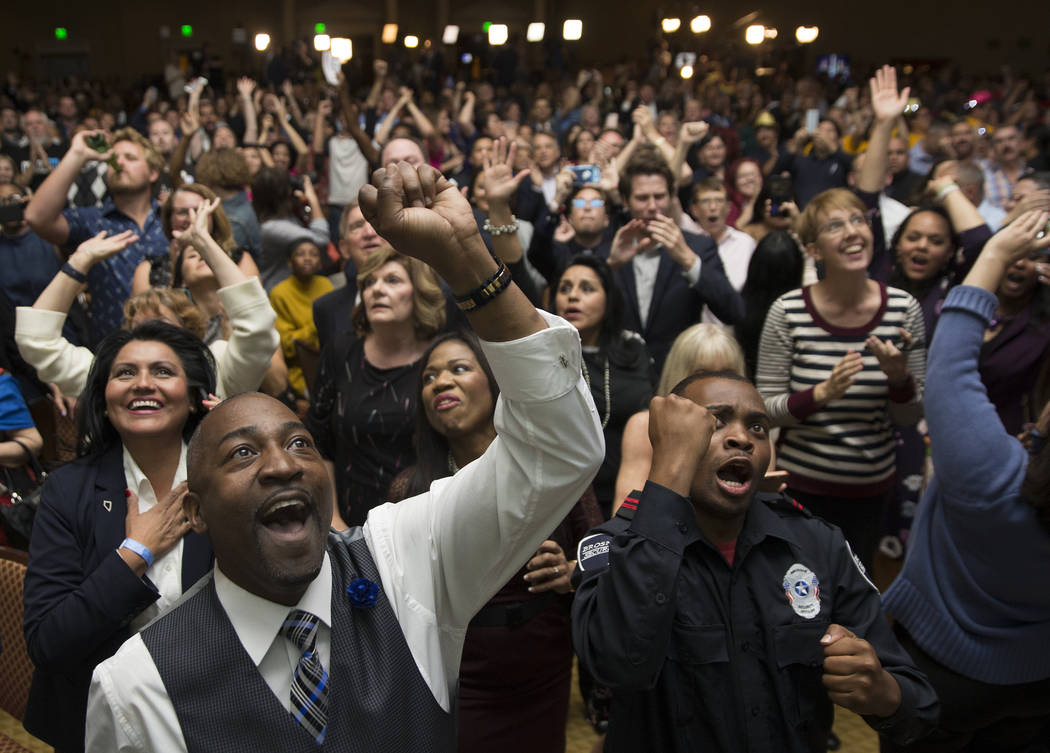 The general election has finally taken place and the Democratic blue wave ran right through Nevada. We now have a Democratic party-controlled Assembly, Senate, and governor. In addition, virtually every state office was won by a Democrat.

For our national offices, Sen. Dean Heller lost to Harry Reid protégé Jacky Rosen while Rep. Mark Amodei was the only Republican elected to the House. Both U.S. senators and three out of four members to the House of Representatives are now Democrats.

The California effect is evident when you look at a state map of Nevada voting results. The majority of the state’s population is in the Reno and Las Vegas areas. Las Vegas residents heavily voted in favor of Democratic candidates and that controlled the elections. Washoe County supported Democrats for Senate, governor and lieutenant governor.

Those urban areas have had major influxes of new residents moving here to take advantage of our state’s strong job market for several years. The majority of those new residents have come from the Los Angeles and San Francisco areas and those areas are liberal Democrat strongholds. They are going to keep coming to Nevada as long as there are jobs, affordable housing, and low taxes.

In 2017, we had a Republican governor who was willing to stop some of the Democrats’ bills from becoming law but no such checks and balances will exist next year.

We can expect more social programs, more taxes, more regulations, more talk of creating sanctuary cities, and more laws that intrude on our personal freedoms. Expect gun control bills to be introduced and bills to take away our water to give to the major population centers. It’s going to be free rein in Carson City next year for the Democrats to push through whatever legislation they want.

The Democratic takeover goes beyond state and national offices in Nevada. In Clark County, virtually all the offices up for election were filled by Democrats. Things weren’t quite so bad for Republicans in Washoe County where voters were split between Republican and Democrat candidates with Republicans holding a slight edge.

The complete opposite of the blue wave takeover took place in the rest of Nevada. The rural residents voted overwhelmingly for Republican candidates for national offices, state offices, and local offices. Without new jobs attracting out-of-state residents, the rural areas have escaped a large influx of new residents that would change the voting demographics. Even without that influx of liberal Democratic residents moving into the rural areas those areas will be impacted by what is passed in Carson City next year.