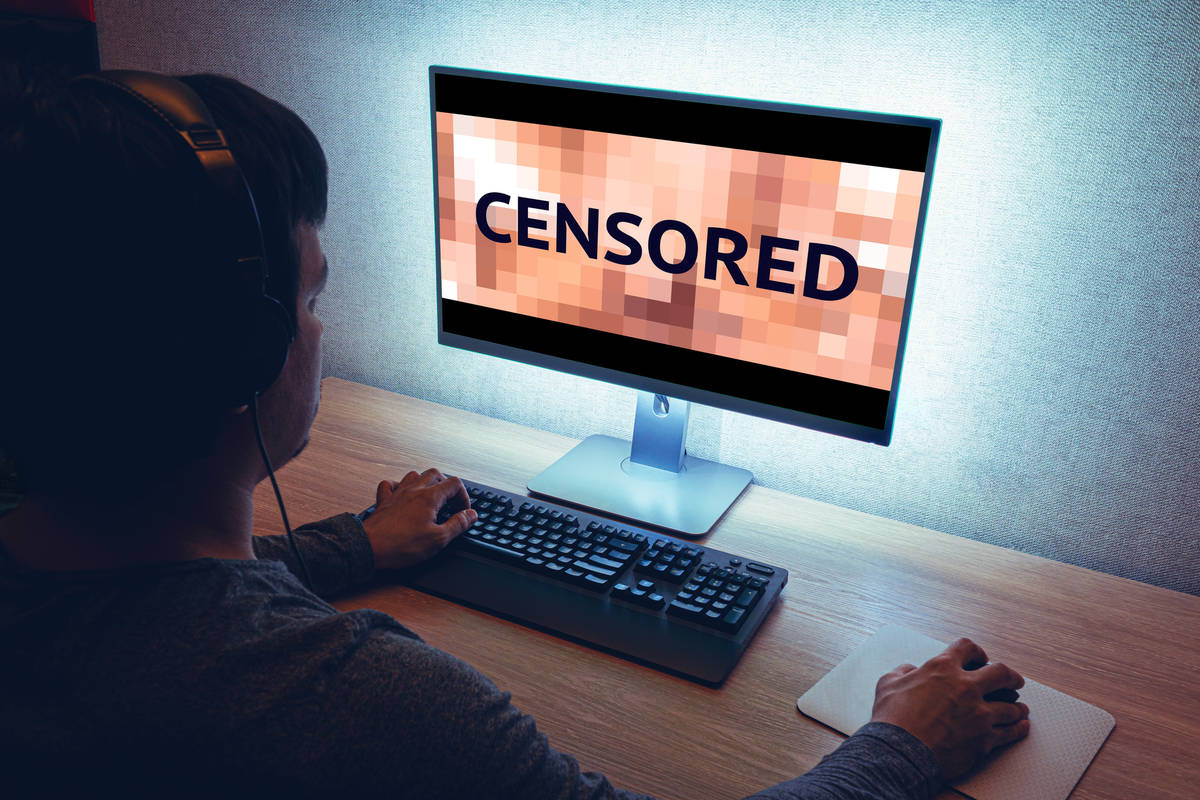 Getty Images "The bigger question for all Americans is, are we content to allow private companies to censor what we see, hear, or read?" writes freelance columnist Tim Burke. "As private companies, they can determine what they permit on their social media platforms."

The shutdown came just a few days after Twitter had permanently suspended President Donald Trump’s account. Over the weekend, Twitter quickly shut down the president’s attempts to jump to alternate accounts, including the official POTUS account. The president also faced a ban from social media giant Facebook. During the last few days, conservatives left Twitter in large numbers and switched to the Twitter alternative, Parler. Because of that switch, Parler’s customer base grew exponentially in the last few days it was on the Internet.

The removal of Parler from the Amazon servers coincided with its removal from the Google Play store and the Apple app store. The tech giants state that their reason for removing Parler is because the platform allowed posts that encouraged violence and hate. In a statement, Amazon Web Services (AWS) stated: “AWS provides technology and services to customers across the political spectrum, and we respect Parler’s right to determine for itself what content it will allow,” the statement said. “However, it is clear that there is significant content on Parler that encourages and incites violence against others, and that Parler is unable or unwilling to promptly identify and remove this content, which is a violation of our terms of service.”

I have not looked at Parler. I have not read the transcripts from Google, Apple, and AWS regarding shutting down Parler. Parler’s site may indeed do what the tech giants state, or it may not. The bigger question for all Americans is, are we content to allow private companies to censor what we see, hear, or read? As private companies, they can determine what they permit on their social media platforms.

Google, Twitter, and Apple are headquartered in the San Francisco Bay region of Northern California. Amazon is based in Seattle, Washington. Those regions are liberal strongholds of the Democratic Party. The employees of these companies come from these geographic areas, as do the top executives. The censors at each company that monitor the content on each platform come from those same areas. It is not unreasonable to conclude that Google, Apple, Twitter, and Amazon would lean solidly to the left politically. And they do. If they had headquartered in a mostly conservative area, they might instead have had a right-leaning political flavor to their businesses.

The control of media content in print, television, radio, and the Internet is one of the central principles of dictatorships, socialism, and communism. By controlling the media, they control what their citizens see, hear, and read. In doing so, they influence how people living in those countries think and act. For example, Hitler used the media to mesmerize the German populace into believing his propaganda, leading to Wold War II and millions of deaths.

The First Amendment guarantees our right to free expression and free association, which means that the government does not have the right to forbid us from saying what we like and writing what we want; we can form clubs and organizations and participate in demonstrations. The giant tech companies contend that because they are private and not the government, they can set their standards on what they allow on their sites, allowing them to censor the content on their sites. That might be true, but those same tech companies rely on Section 230 of the Communications Decency Act (CDA) for legal protections. CDA Section 230 says that, “No provider or user of an interactive computer service shall be treated as the publisher or speaker of any information provided by another information content provider.” In other words, online intermediaries that host or republish speech are protected against a range of laws that might otherwise be used to hold them legally responsible for what others say and do. Though there are important exceptions for certain criminal and intellectual property-based claims, CDA 230 creates broad protection for companies like Twitter and Facebook. Section 230 also protects Parler. That raises an interesting question, if Parler is protected by CDA 230, what right did Google, Apple, and Amazon have to shut Parler down since those companies also rely on Section 230 for certain protections? With this special government protection not afforded any other business, does it move them from the category of “private companies” to one subject to government regulation? If it does, they cannot deny the right to freedom of expression as guaranteed by the First Amendment, and shutting down Parler would have been illegal.

To have true freedom of expression, we must allow all opinions, ideologies, and political views, whether we agree with them or not. The Supreme Court has numerous times ruled against protecting certain forms of expression, including obscenity, defamation (including libel and slander), child pornography, perjury, blackmail, incitement to imminent lawless action, genuine threats, and solicitations to commit crimes. The Supreme Court has also ruled that expressions of hate and extreme political views are protected.

Regardless of your political affiliation or personal views, allowing freedom of expression is fundamental to our country. You don’t have to agree or like what someone says, you might find it repulsive and sickening, but you are also allowed to not listen to it. It is very dangerous to think that a small number of companies can control what we hear, see, or read. If you believe that it is OK, you might want to ask for the perspective of someone who lived in a country where only one viewpoint is allowed. You will find that they are adamantly against controlling free speech.