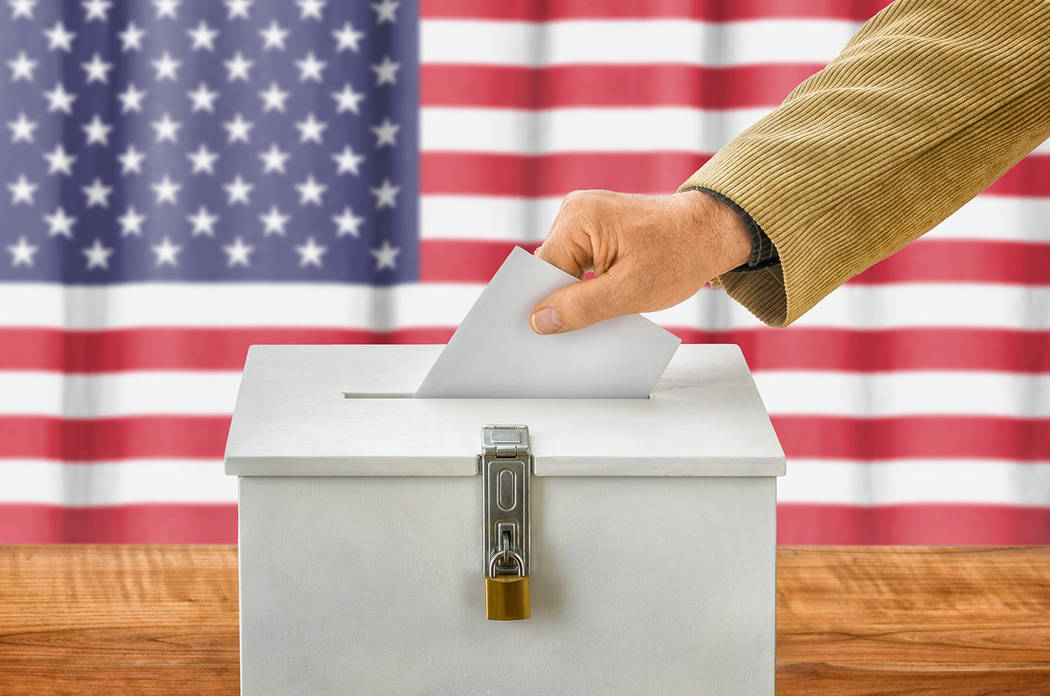 Thinkstock For Democrats and Republicans, the last presidential election is an example of how common sense is tied to our individual beliefs, columnist Tim Burke writes.

I was watching a car passing another car across the double yellow line doing at least 20 mph over the speed limit entering Pahrump from the south on Highway 160 last week and I was thinking to myself, “that car’s driver is being just plain stupid.”

The other thought was, “what is the emergency?” I knew there was no emergency, but you hope there is some sort of logical explanation for someone endangering not only their own life but the lives of others. It does seem that the use of common sense is no longer common among a considerable number of people in today’s world.

Common sense is not something that is woven into our DNA and miraculously makes its appearance when we are toddlers facing our first test of danger. Is the stove hot? Let me touch it and see! If we were born with common sense as an innate part of us we would know not to touch the stove because we could reason out that it would still be hot if it was just used and therefore painful to touch. Instead, common sense is a learned behavior.

The term “common sense” means sound practical judgment concerning everyday matters, or a basic ability to perceive, understand, and judge that is shared by nearly all people. Other words for common sense are sensibleness, judgment, levelheadedness, prudence, discernment, canniness, astuteness, shrewdness, wisdom, insight, and perception. Is it an effective use of common sense to illegally and dangerously pass at a high rate of speed that could result in a fatal accident? Most certainly not, at least to most of us but to that person that was passing recklessly it obviously was not a violation of their common sense.

Common sense is tied to our belief system. Most of us act with the best of intentions daily. We perform our jobs in ways that we feel they should be done. We treat our co-workers in ways we feel reflect sound judgment. We deal with our neighbors in ways that to us feels neighborly. We talk to our children in ways we believe will guide and motivate them to help them become better people. We put our common sense to use every day. But what is common sense for one person may not be common sense to another.

For Democrats and Republicans, the last presidential election is an example of how common sense is tied to our individual beliefs. “Russia fixed our presidential election, it’s the only way Trump could have won!” After over a year of searching, there is no proof that Russia fixed our elections. Depending on which political party you belong to, each statement is just “common sense” but that common sense is completely tied to their personal political beliefs.

My own common-sense belief system is tested not only by dangerous drivers but also when I see some of the campaign advertisements from our local political candidates. Several candidates proclaim that they are going to save the residents of Nye County from some perceived calamity. My first thought when I see this type of statement is “how?” My second thought is that it’s only common sense that what they say they are going to do is not even possible. But the claims are not made to demonstrate a candidate’s common sense, they are made to elicit an emotional response to get someone’s vote.

Common sense is not tied to intelligence. There is no scientific correlation between someone’s IQ and their common sense. Intelligence is your ability to understand and learn concepts and information. Wisdom, or what we call common sense, is your experiences, your intuition, your habits, and how you apply them in your life. Think about the highly intelligent and trained doctor. The doctor knows that smoking or drinking in excess is unhealthy for them, but they do it anyway. On the other hand, the fictional character Forrest Gump exhibited a high degree of common sense.

As Forrest would say, “stupid is as stupid does.”