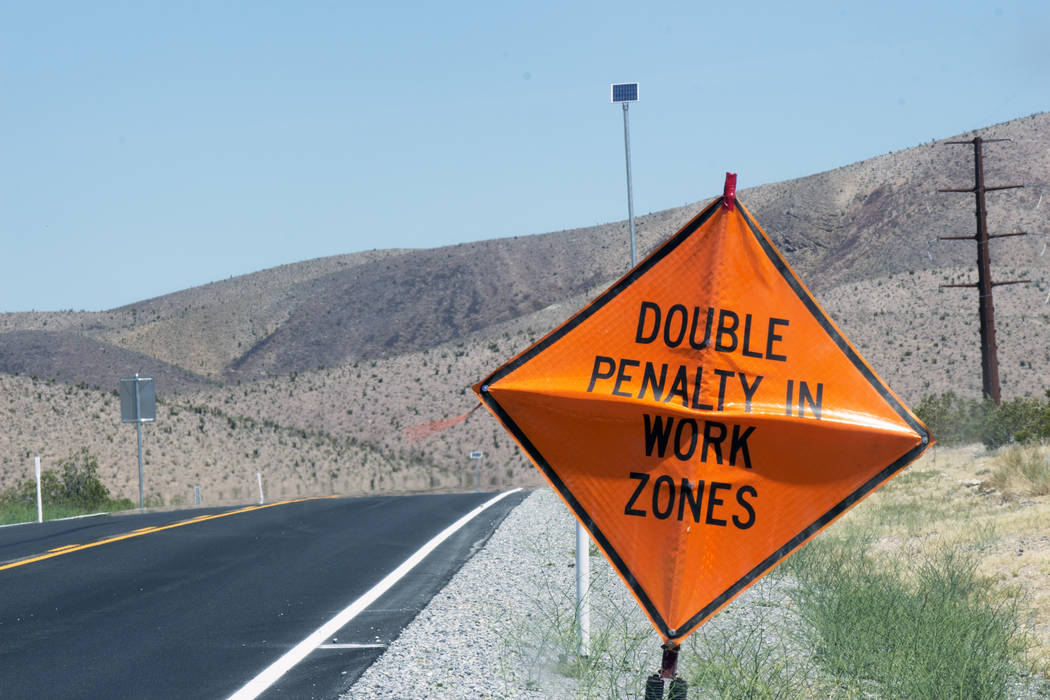 Jeffrey Meehan/Pahrump Valley Times According to the U.S. Department of Transportation in 2015 (the latest year statistics are available for) there were an estimated 96,626 crashes in work zones, an increase of 7.8 percent over 2014. 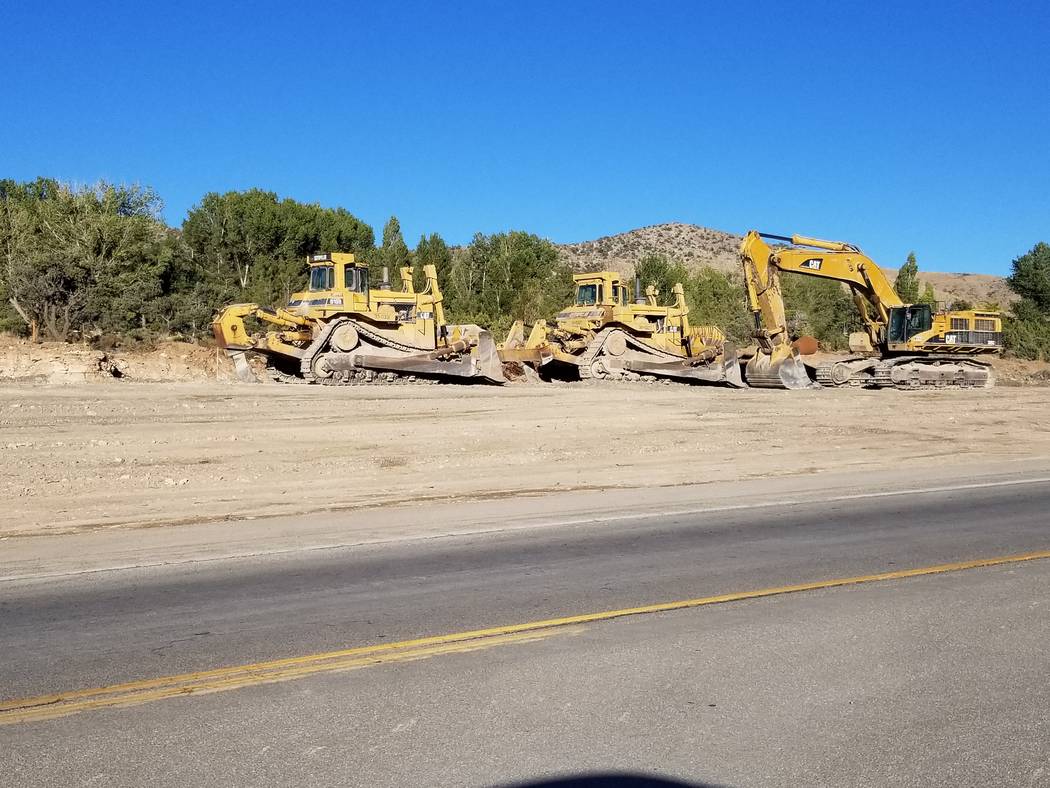 David Jacobs/Pahrump Valley Times Crews work along Highway 160 in the Mountain Springs area on Sept. 5, 2018. The road is being widened from two to four lanes, among other work. 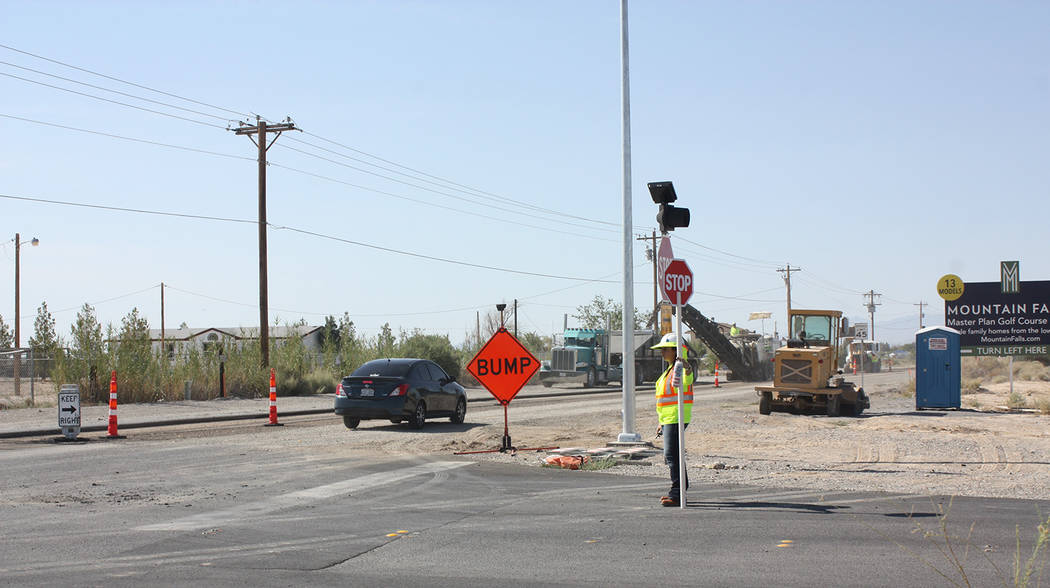 Robin Hebrock/Pahrump Valley Times Flaggers are shown along Homestead Road in Pahrump earlier this year. Flaggers are there not only to protect road construction workers but also to protect drivers from driving into a hazardous situation, columnist Tim Burke writes.

It was a beautiful summer day when the Lincoln Continental came within inches of running me down and crashing into our Nevada Department of Transportation (NDOT) pickup and utility trailer.

I was working as a highway maintenance summer intern for NDOT painting the guardrails on Highway 50 between Carson City and Spooner Summit above Lake Tahoe.

Each day before we started painting the crew would place lane restriction signs, construction zone signs, and speed restriction signs far in advance of our work zone to warn drivers. We would also place orange cones redirecting traffic away from our painting area.

In addition to protecting ourselves from oncoming traffic, by directing traffic away from the work area we were protecting cars from getting paint overspray on them.

With the paint compressor running and wearing protective respirators we didn’t hear the tires squealing as the driver of the Lincoln locked up his brakes in a panic until it was almost upon us. We dove over the guardrail away from the roadway to avoid being hit.

The driver’s excuse was “I didn’t see the signs.” OK, what about the dozen traffic cones you just ran over. You didn’t see those or hear your car hitting them either? This incident took place long before distracted driving became an issue with cell phones and these accidents are on the rise.

For road construction workers, working on our roads and highways can be life-threatening work. According to the U.S. Department of Transportation in 2015 (the latest year statistics are available for) there were an estimated 96,626 crashes in work zones, an increase of 7.8 percent over 2014.

A total of 532 construction workers were killed at road construction sites from 2011 through 2016 – more than twice the combined total for all other industries combined – according to a recent report from the Center for Construction Research and Training.

About half of those fatalities resulted from workers being struck by vehicles or mobile equipment, the report states, and nearly three-fourths of the workers killed were employed in the highway, street and bridge subsector.

During that summer internship I also flagged for traffic control and I sometimes encountered the driver who didn’t think the rules applied to them. They would pull up to the flag stop and argue that they needed to go through and did not want to wait.

Occasionally, a driver would drive over to the shoulder of the road and try to go around the flagger. Sometimes drivers would become belligerent and try to force their way past the flagger using their car. Flaggers are there not only to protect road construction workers but to protect drivers from driving into a hazardous situation. You may not see from where you are sitting in your car why you are stopped, but it is unsafe to proceed until you are released by the flagger.

If you are going to Las Vegas, you are going to go through areas under construction where work is being done on Highway 160 to widen the road between Las Vegas and Pahrump. The work will be ongoing until August of 2020.