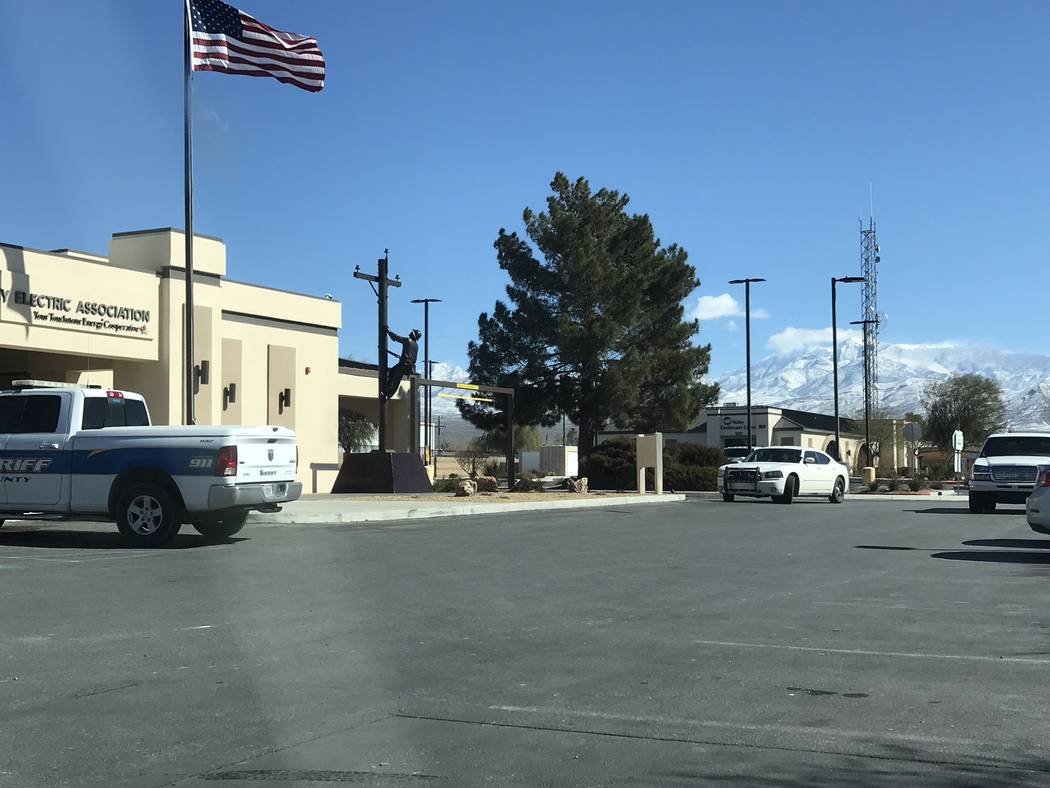 What did the board of directors know about the circumstances surrounding the abrupt resignation of former CEO Thomas Husted and who tipped off the sheriff’s department about possible sexual misconduct allegations?

The initial news release Feb. 25 by the Valley Electric Association Board of Directors failed to provide any clear answers and instead focused on attacking the sheriff’s office. The board stated, “outrage at the unnecessary and likely unlawful search conducted Friday by the Nye County Sheriff’s Office at VEA offices, 800 E. Highway 372.”

The statement was sent by email to all members of the co-op. A subsequent news release by the sheriff’s department seemed to refute many of the allegations in the VEA board’s statement.

That initial statement by the board has since been removed from Valley Electric’s website and was replaced Feb. 27 with a news release stating: “Regarding recent events involving Valley Electric Association, we would like to assure members that VEA will cooperate fully and transparently with authorities. VEA regrets the current circumstances, and we have initiated our own internal investigation. We remain committed to our members. Services will not be affected.”

Clearly the VEA Board of Directors bears a great deal of responsibility for the current situation at VEA.

The VEA website states the following about its board of directors: “When the board of directors confronts a decision, the first question we always ask is, ‘How does this improve the lives of the members?’ Thanks to the cooperative model, Valley Electric Association’s first priority can be the interests of the members, not shareholders’ profits. VEA’s directors work as a team to ensure the cooperative remains fiscally sound, operates according to our guiding principles, and places members first at every turn. The membership elected us to be good stewards of their property and money, and we are grateful for that trust and take our responsibilities seriously. We study each issue that comes before us until we have a full understanding of it, and we weigh the potential risks and benefits of every endeavor. If we believe in it, we give the staff our full support; if we don’t, we explore other options until we find a better way.”

When the prior CEO abruptly retired in May of 2018 the board, as stewards for the membership, should have fully addressed the departure with the members. I find it difficult to believe that the board members did not have complete knowledge of the reasons for his sudden departure. The CEO may have retired for perfectly legitimate reasons, perhaps physical or mental health concerns, or a family matter. Whatever the reasons were for the departure, it should have been fully disclosed to the members at that time. Not doing so seeds distrust and discontent from the members.

Rather than sending out a news release attacking the sheriff’s office, the board should have embraced the current investigation.

If there is nothing to hide, the investigation would validate the board’s position and remove any doubts of wrongdoing by the board and the CEO.

Of course, the opposite result could happen from a thorough investigation. One important point that seems to be missed is that there is apparently a whistleblower involved. How else would the sheriff’s department know exactly what to look for? Given that the whistleblower seems to have an intimate knowledge of the situation, the VEA Board of Directors needs to disclose, what, if anything they know about the allegations. Anything less is a failure by the board to follow their own directives.