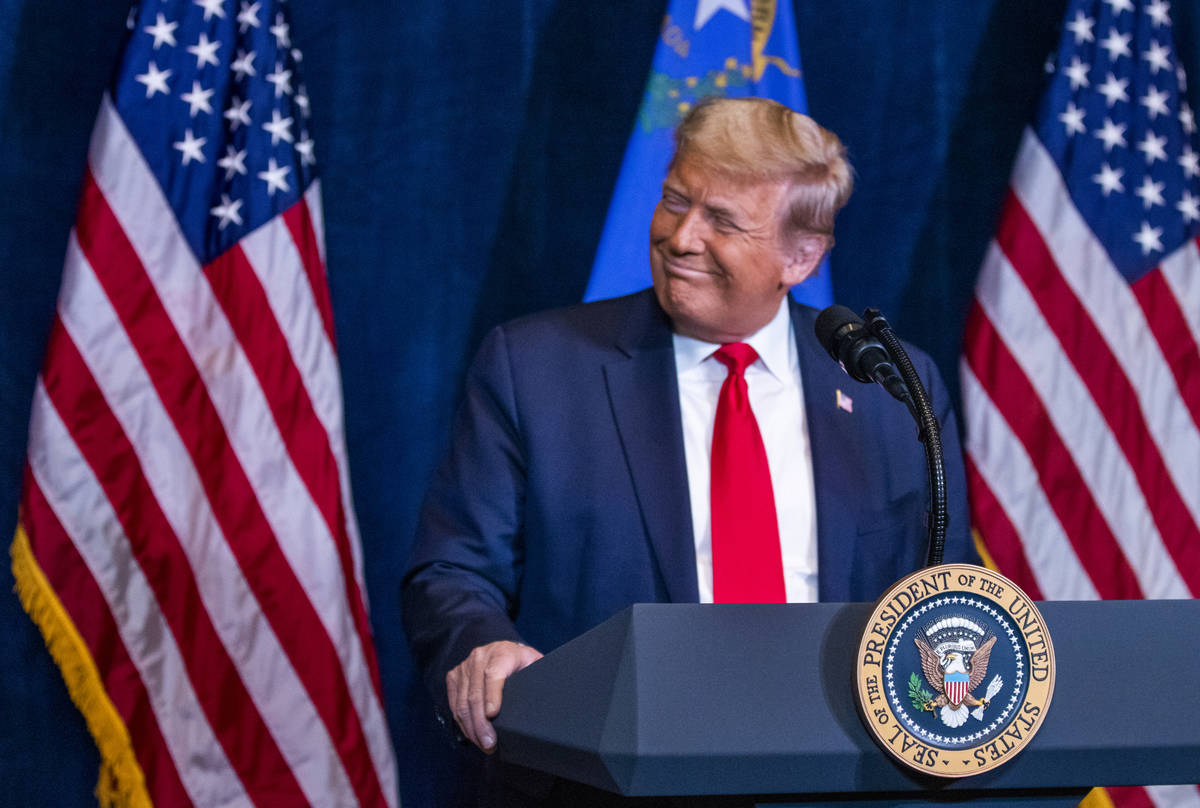 President Donald Trump continued to claim he won the Nov. 3 election even as Georgia Secretary of State Brad Raffensperger on Monday re-certified the race for President-elect Joe Biden and argued that “disinformation” on the integrity of the election should be condemned.

It was a message lost on the 45th president who has refused to concede despite Biden’s clear edge with 306 Electoral College votes, well beyond the 270 threshold needed to win. Georgia has 16 seats in the electoral college.

On Monday morning Trump tweeted about Georgia Gov. Brian Kemp: “The Republican Governor of Georgia refuses to do signature verification, which would give us an easy win. What’s wrong with this guy? What is he hiding?”

Later as Trump presented wrestler Dan Gable with the Medal of Freedom in the Oval Office, he praised Gable for securing two NCAA wrestling championships before noting, “Well, you know, in politics, I won, too, so I’m 2-0. And that’s pretty good, too. We’ll see how that turns out.”

“It’s been a long 34 days since the election on Nov. 3,” Raffensperger told reporters as he re-certified the race for Biden. “We have now counted legally cast ballots three times and the results remain unchanged.”

It was the first time a Democratic presidential nominee won Georgia since Bill Clinton in 1992.

Georgia’s two GOP senators, David Perdue and Kelly Loeffler, are both running for re-election in a runoff scheduled for Jan. 5, since neither person mustered 50 percent of the vote in the Nov. 3 general election.

In that event, Democrats would control the White House, the Senate and House, just as Republicans controlled all three during Trump’s first two years in the White House.

If one of the two Democrats wins on Jan. 5, Republicans would retain the balance of power with 51 Senate seats.

Trump called Kemp Saturday morning to try to pressure the GOP governor to call a special session that would allow state lawmakers to send pro-Trump electors to the electoral college, despite Biden’s lead of nearly 12,000 votes. Kemp refused.

Trump also has pushed Kemp to order an audit of voter signatures, but Kemp says that he does not have the authority to do so. Even if the state were somehow to verify the signatures on mail ballot envelopes, there is no way at this point to match signatures to the actual ballots.

During a press conference Monday, Georgia election official Gabriel Sterling, tried to refute a campaign meant to discredit the results of the election, including a video posted by Trump on Twitter which, according to Trump, showed four individuals seen counting votes after poll workers had been told to leave.

“What you saw, the secret suitcase of magic ballots, were actually ballots that had been packed into those absentee ballot carriers by the workers in plain view of the monitors and the press,” Sterling asserted.

Sterling, a Republican, also admonished Trump for suggesting that Georgia should “throw out all absentee ballots – with a ridiculously over-the-top hammer that no federal court is going to allow.”