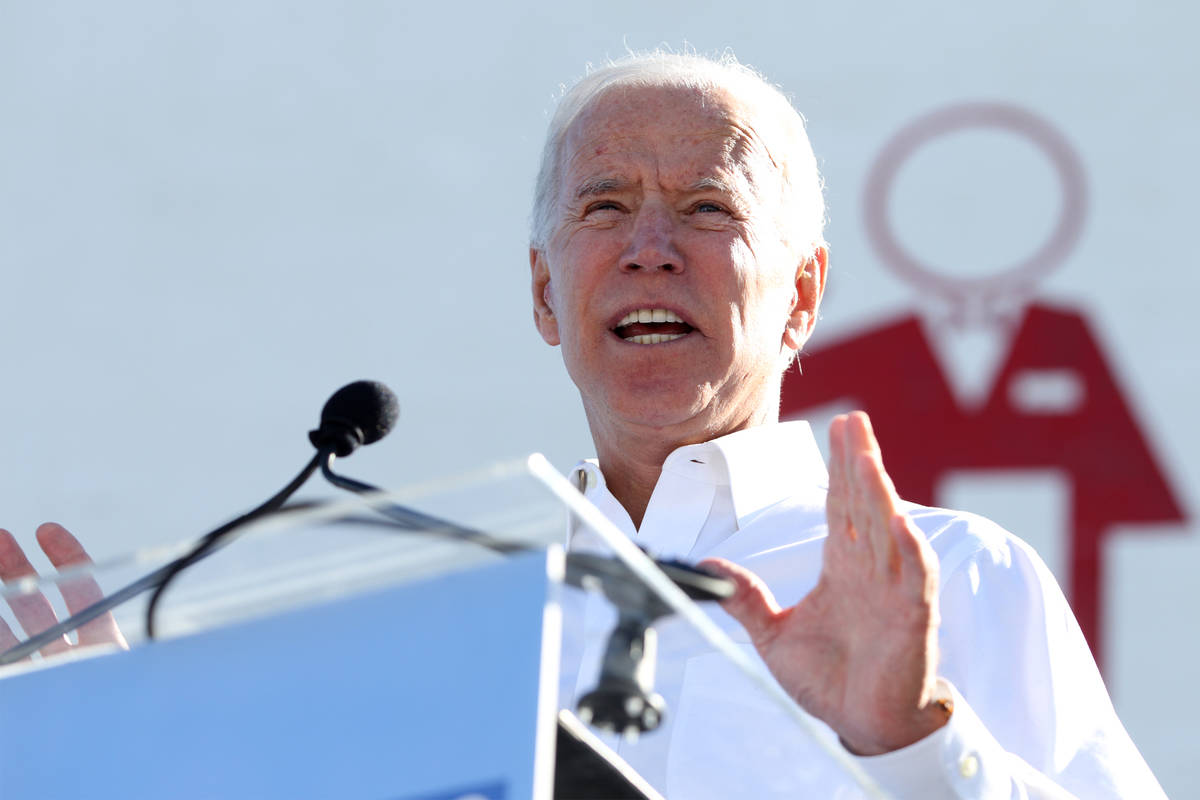 Erik Verduzco/Las Vegas Review-Journal "Even by the cynical standards of politics, these reversals are shocking," writes Victor Joecks, columnist at the Las Vegas Review-Journal. "What this flip-flopping suggests is that many Democrats understand voter ID doesn’t disenfranchise voters. They claimed it did to falsely cast Republicans as racists in an attempt to galvanize minority turnout."

For months, congressional Democrats have been pushing H.R. 1, which would federalize U.S. election law. It’s such a radical proposal that Sen. Joe Manchin, D-W.Va., said he wouldn’t support it. That meant Democrats didn’t have the 50 votes necessary for Senate passage, let alone the 60 votes needed to break a filibuster.

Democrats urged Manchin to create a compromise plan that he could back, which he released last week. Manchin’s proposal contained a host of things Democrats like. He wanted to require more than two weeks of early voting and automatic voter registration at the DMV, although states could opt out. He would expand absentee voting and force presidential candidates to disclose their tax returns.

He also included a couple of olive branches to Republicans. Most notably, his plan would mandate voter ID in every state. Under his proposal, non-photo options, such as a utility bill, would satisfy that requirement.

You’d expect Democrats to have risen up in fierce opposition. They certainly have when Republicans have pushed voter ID laws.

In 2014, then-Vice President Joe Biden said voter ID laws are “an attempt to repress minority voting masquerading as an attempt to end corruption.”

The rhetorical attacks on voter ID have continued. Minority communities are “disproportionately burdened by voter identification and other voter restrictions,” H.R. 1 states. It also claims voter identification requirements “burden” voters. The bill itself would gut state voter ID laws by providing a way for voters to cast a ballot without presenting ID.

Even by the cynical standards of politics, these reversals are shocking. What this flip-flopping suggests is that many Democrats understand voter ID doesn’t disenfranchise voters. They claimed it did to falsely cast Republicans as racists in an attempt to galvanize minority turnout.

But they’re willing to abandon those smears and support voter ID to secure other election law changes they think will be of greater political benefit. Ironically, minority voters are more supportive of photo ID than white voters, according to a recent Monmouth poll.

It’s unlikely Manchin’s proposal or any other election law will earn the 60 votes needed to break a filibuster. That’s good. The federal government shouldn’t micromanage state elections. But Democrats’ reversal on voter ID should lead states without it — a list that includes Nevada — to require voter ID going forward.