Democrats Support Border Walls For Themselves
By Victor Joecks Special to the Pahrump Valley Times
January 11, 2019 - 7:00 am 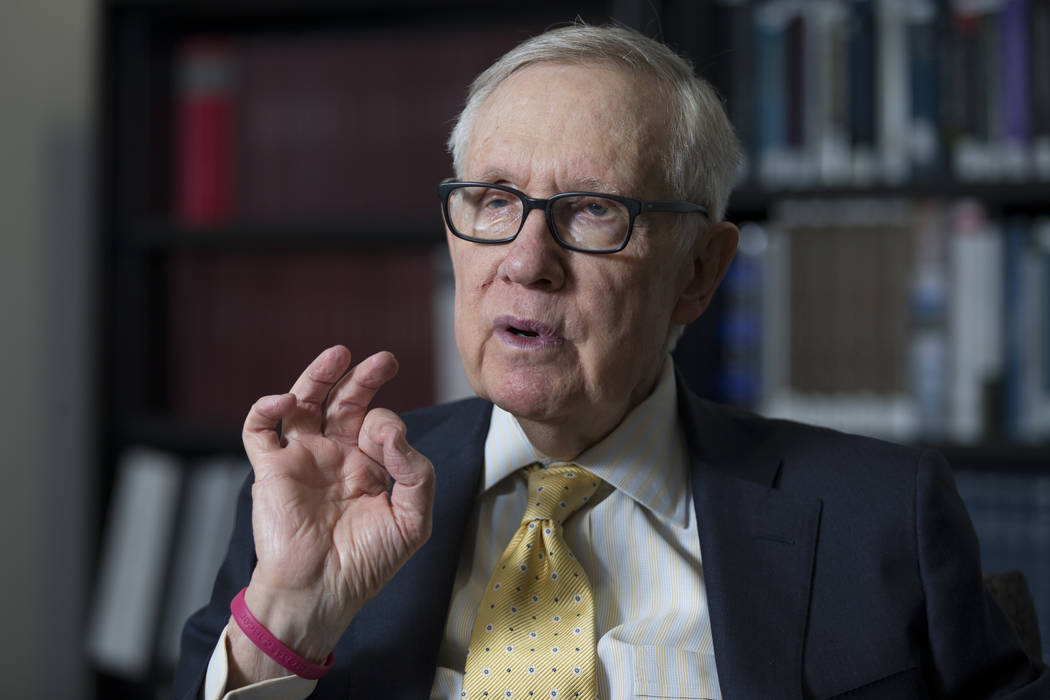 Many of Nevada’s most prominent Democrats know walls work. Just look at where they live.

President Donald Trump and congressional Democrats remain at an impasse over wall funding, as the government shutdown reaches the end of its second week. Trump insists on a physical barrier to secure the southern border. Sen. Catherine Cortez Masto said a wall would be “ineffective.”

She should mention that to Harry Reid, the man she replaced in the Senate. Reid lives in an exclusive Anthem neighborhood. Here’s how Mark Leibovich, who interviewed Reid for a recent New York Times Magazine profile, described the “fortified village” in which Reid resides.

“I pulled up to a McMansion in a gated community outside Las Vegas,” Leibovich wrote. “I presented my ID and pre-issued bar-code pass to a security guard. Another guard emerged from a sedan in the driveway, instructed me to leave my rental car across the street.”

Gated communities don’t make sense if you buy leftist arguments against the effectiveness of a physical border barrier.

“The wall was a ludicrous idea that will keep getting worse with every dollar wasted on it,” a December Las Vegas Sun editorial read. “It won’t keep anyone from going over, around or under it, and it won’t stop drug cartels and human traffickers from transporting narcotics and people to the U.S.”

People have used walls for thousands of years to restrict access to their property. When you shut your door at night, you do the same. To claim that an imposing physical barrier won’t prevent anyone from entering the country illegally is laughable. A wall doesn’t ensure no one will cross the border illegally, but it will make it harder to do so. Make it harder and fewer people will do it.

When it comes to his own home, Reid obviously understands that. He’s not the only one. Brian Greenspun owns the Sun. Its editorials reflect his opinion. Yet while his paper asserts that a border wall won’t stop anyone, Greenspun lives in a gated community. If you want to drive by his 15,000-square-foot mansion — remember that when he complains about global warming — a security guard has to grant you access.

“There would be no reason for us to talk about a wall if we hadn’t shirked our moral and practical responsibility to the region,” the Sun editorial asserted. “Countries need walls if they’re insular and afraid.”

To see if that logic holds, apply it to Reid, Greenspun, Rosen and Lee. Many people would love to live at their mansions. Have they shirked their moral and practical responsibility by not allowing everyone in? Of course not. They own their property. They should be free to use walls to limit access as they see fit.

All Trump wants is for the United States to use the same tool — a wall — Nevada Democrats already use for themselves.