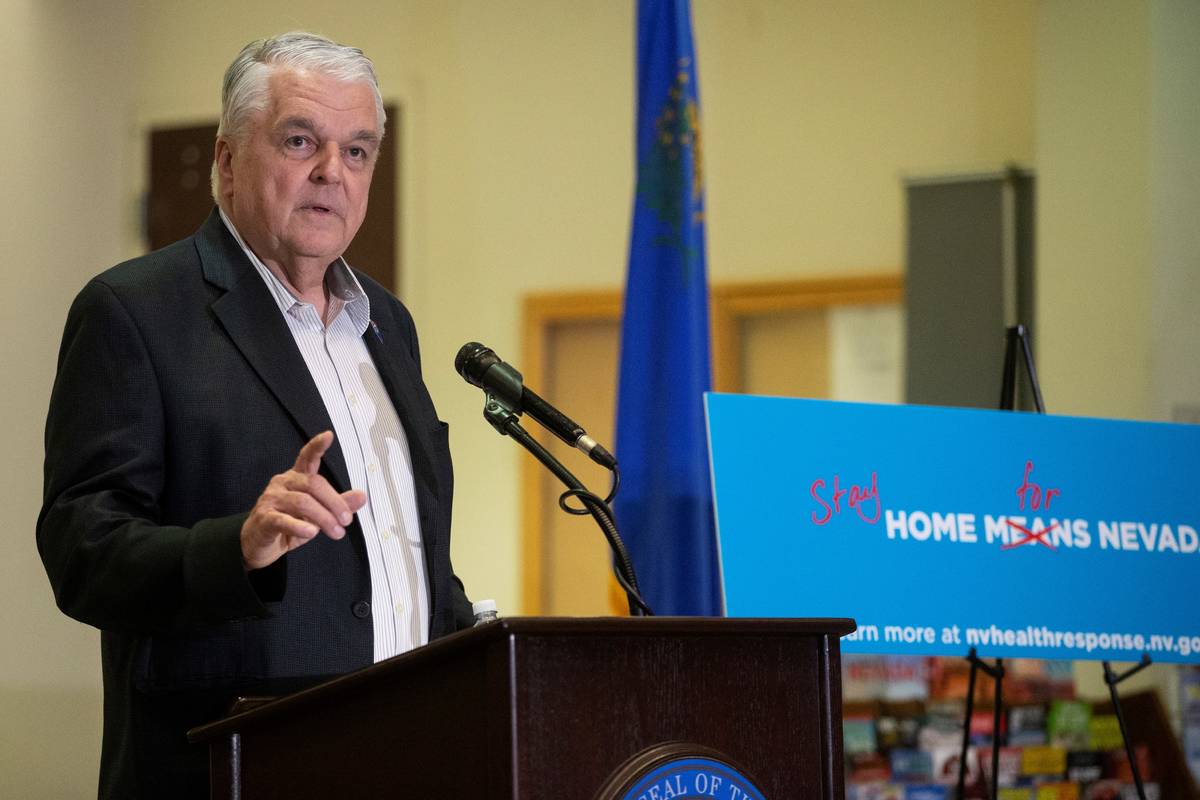 As I told you about last month, Sisolak prohibited non-hospital doctors from prescribing hydroxychloroquine to new patients. His edict came after President Donald Trump touted the drug as a potential treatment for coronavirus. Sisolak’s order, which drew national mockery, was a thinly veiled shot at the president.

Sisolak claimed his move was necessary to prevent shortages for those currently prescribed the drug. His order is so broad, however, that non-hospital doctors can’t even prescribe hydroxychloroquine for new patients with lupus or malaria, the diseases the drugs are typically used to combat. A better approach would have been to prevent doctors from prescribing the drug to non-coronavirus patients who wanted to have it on hand, just in case.

Just days after the governor’s decree, however, the Nevada Department of Corrections stocked up on the drug.

“On March 26th, NDOC Pharmacy Director Linda Fox placed an order of Placquenil (a.k.a. hydroxychloroquine sulfate) to ensure a sufficient supply of the drug for several NDOC inmates who had previously been prescribed the medication for treatment of non-COVID-19 conditions and potential future use for those who demonstrate a medical need,” NDOC said in an emailed statement.

Let me translate: NDOC is stockpiling the drug for those who currently take it and for inmates who aren’t currently using the drug. This means that if — and that’s a big if — hydroxychloroquine is effective against coronavirus, Nevada inmates will have access while members of the general public won’t, unless they are hospitalized.

This isn’t a knock on NDOC. It has an obligation to procure medicine for those in its custody. Department officials also say the Nevada State Board of Pharmacy reviewed its purchase. Rather, it’s to point out the problems that come when Sisolak acts like he was elected doctor-in-chief. Other medical professionals are speaking out, too.

Sisolak’s directive “clearly interferes with a physician’s decision on how to treat their patients,” Bruce Fong, president of the Nevada Osteopathic Medical Association, wrote in a March 28 letter. The group is threatening to sue if the regulation isn’t invalidated.

“Our outcomes in our ICU patients to date are better than outcomes we’re seeing from Italy, China, France and other countries,” Dr. Thomas Zyniewicz, an emergency medicine physician at UMC, said. “Is it a result of the medication and the other antivirals we’re putting them on? Probably.”

If only that’s what he was doing. Medical professionals are crying out for greater access to hydroxychloroquine for their patients. It’s time for Sisolak to reverse course.