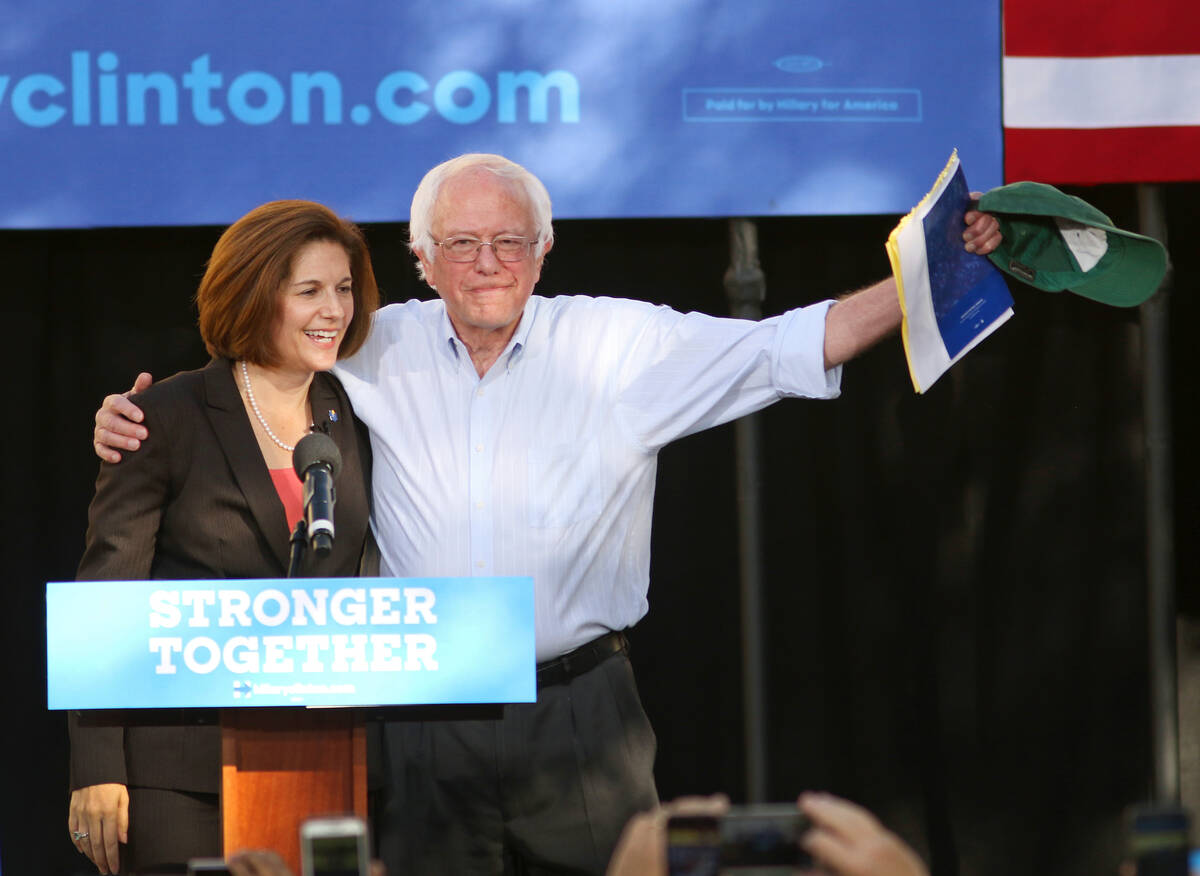 Cortez Masto is up for re-election next year. It’s likely going to be a very competitive race. Nevada is a lean-blue state, but 2022 looks good for Republicans. The party opposite the incumbent president usually does well. President Joe Biden seems to be going out of his way to help Republican chances. His numerous failures — from Afghanistan to inflation to the border — look likely to send a number of Democrats to the unemployment line.

Around the country, many Republican Senate candidates are stuck in bruising primaries. That doesn’t appear to be the case for presumptive Republican nominee Adam Laxalt. He’s the rare Senate candidate who won the backing of both Donald Trump and Sen. Mitch McConnell. Laxalt does face a nominal challenger in Sam Brown, a former Army officer. Brown is a bona fide American hero, who was gravely wounded by an IED in Afghanistan. But Laxalt’s name ID, endorsements and money should lead to an easy victory.

As an aside: Brown should run for a legislative seat. If he showed any competence, party insiders would be begging him to run for Congress within a few years. But he wouldn’t be the first person whose lack of patience derailed what could have been a promising political career.

Under these circumstances, the playbook for Cortez Masto is simple. Run to the middle. Convince swing voters that you’re a good fit for Nevada, a state that doesn’t fit neatly into either party’s box.

That’s more a reflection of how radical some Democrats are than a sign of moderation. A few months ago, the Democratic Socialists of America took over the state Democratic Party. Yes, actual socialists.

After being asked about the new state party leadership, Cortez Masto said, “I believe in capitalism.”

That should go without saying. Capitalism has produced a historically unprecedented standard of living in the United States and lifted hundreds of millions of people around the globe out of extreme poverty.

If Cortez Masto wants voters to think that she’s a moderate, she has ways to do so.

One would be coming out in opposition to Democrats’ $3.5 trillion spending plan. That is a staggering amount, especially after the trillions spent over the past 18 months responding to the pandemic.

That is not a moderate bill, especially with inflation spiraling out of control. Wholesale prices jumped 8.3 percent year-over-year in August.

Even if she wants to spend that much, it would make sense to publicly oppose spending that much. Sen. Joe Manchin, D-W.Va., said recently he won’t support a bill that large, although he left himself some wiggle room. In a 50-50 Senate, he can stop the bill. If the bill is going to be pared back anyway, Cortez Masto might as well take the opportunity to tack to the middle.

Another way to show moderation would be to oppose Democrats’ attempts to eliminate the filibuster. The filibuster requires most bills to receive 60 votes in the Senate to advance. But in March, Cortez Masto came out in support of gutting the filibuster.

This shouldn’t be a surprise. Cortez Masto led Senate Democrats’ fundraising operation last cycle. Biden reportedly considered her as for vice president. She’s the definition of a Democrat insider.

Cortez Masto may want Nevadans to think she’s a moderate, but she doesn’t act like one in Washington, D.C.