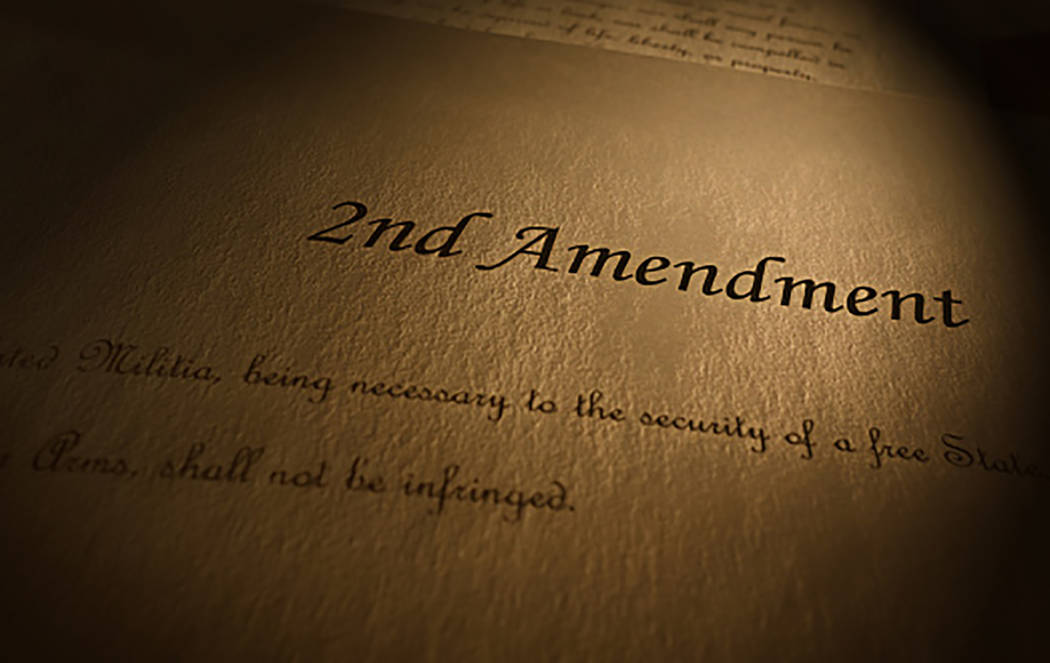 Thinkstock One gun control plan would ban some guns, confiscate others and reshape the Supreme Court to get around the Second Amendment, columnist Victor Joecks writes.

A prominent gun control group has finally admitted it — they want to take your guns.

March for Our Lives, originally created by students who attended Marjory Stoneman Douglas High School, released a new gun control plan recently. They want to ban some guns, confiscate others and reshape the Supreme Court to get around the pesky Second Amendment. That’s just for starters.

The plan has a noble aim. It seeks to reduce the number of gun deaths by 50 percent over the next 10 years.

To achieve that, March for Our Lives proposes banning assault weapons. Tellingly, they never explain that term. If something is so dangerous that the government needs to ban it, you should at least define what you’re talking about.

The recommendations go further. Assault weapons — whatever they are — would be subject to a mandatory buy-back. Give up your gun or go to jail. Even the 1994 Assault Weapons Ban contained a grandfather clause for previously legal weapons.

This recommendation is more about gun grabbing than saving lives. The highest-profile gun deaths come from mass shootings. Those killers often use AR-15-style rifles. March for Our Lives’ rhetoric makes it sound as if these weapons are used in a majority of the country’s 40,000 annual gun deaths. They aren’t. Not even close.

Two-thirds of gun deaths are suicides. There were 7,000 murders with handguns in 2017, according to FBI statistics. Compare that to 403 murders with rifles. There were fewer murders with rifles than knives, used in 1,600 murders, and with blunt objects such as hammers, used in 467 murders. Notice how infrequently the mainstream media mention these narrative-busting statistics. Or this one: Firearm homicides have declined by a third since 1993, even though the number of guns per capita increased by 50 percent from 1993 to 2012.

If you really believe that bans will save lives, you’d start with trying to outlaw handguns, knives and hammers. That wouldn’t fly politically, so the gun grabbers aren’t trying — yet. They would eventually. Eliminating all murders committed with rifles would achieve a 1 percent reduction in gun deaths. A handgun ban is inevitable once this group’s plan fails to meet its stated aim, a 50 percent reduction in gun deaths.

To implement these gun bans, the Supreme Court needs to reverse itself on the Second Amendment. March for Our Lives explicitly calls for a “national conversation” on remaking the Supreme Court with an eye on doing just that.

The best way to stop mass shootings is for people to go to the police when those around them act suspiciously. Good news. That’s happening. Since the mass shootings in El Paso and Dayton, police have arrested 29 people for mass shooting threats. Tipping off police may have even prevented an attack at Desert Oasis High School. That suspect reportedly planned on using explosives.

That, not gun grabbing, is how you stop mass shootings. Plans such as this one, however, make it obvious: However noble their intentions, gun confiscation is the goal. Preventing horrific acts of violence is simply good cover.