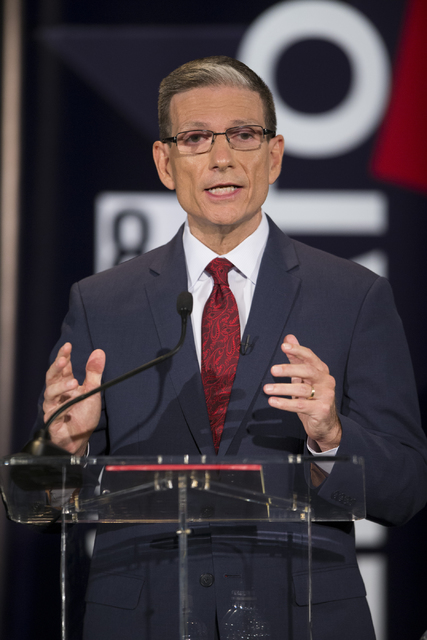 It was clear from the start that the 2016 race for U.S. Senate was going to be close.

The last Senate contest — in 2012 — was the political equivalent of a photo finish at Del Mar: U.S. Sen. Dean Heller beat Rep. Shelley Berkley by a mere 11,576 votes. Berkley won only Clark County.

This time, things looked just as tense. Nevada’s ultimate machine politician, Sen. Harry Reid, was fighting for his legacy with a handpicked replacement, former Attorney General Catherine Cortez Masto. The Republican candidate, Rep. Joe Heck, had a perfect resume. And there was the potential for huge fundraising. (According to figures available from OpenSecrets.com, Cortez Masto and Heck raised a combined total of $27 million while outside groups spent $91 million on the race, the second-largest total in the nation, behind Pennsylvania, where they spent $118 million.)

Cortez Masto started with a couple of advantages, not the least of which was Reid’s turnout machine and an advantage in voter-registration (45,000 active voters statewide).

But Heck wasn’t exactly starting from nothing: He had three terms representing populous Clark County, something Heller never had. He had the ability to raise money. And there’s that resume — a doctor, who worked as an ER physician and Metro Police SWAT medic; an Army reserve brigadier general; a three-term congressman. His biographical ads were some of the best ever seen in the state.

So what happened? A few thoughts:

Despite some legitimate issues within the thicket of accusations thrown up to support that dubious claim, Heck’s hope to replicate Heller’s success by accusing his opponent of wrongdoing failed. (It helped that nobody was investigating Cortez Masto for anything while Berkley was being investigated by the House Ethics Committee during the 2012 race.) And an 11th-hour revenge ploy in the form of an ad featuring the daughter of indicted-but-never-convicted ex-Lt. Gov. Brian Krolicki fell flat.

• The big debate. Neither candidate spent much time mingling with the public or the press. (Cortez Masto increased her visibility toward the end.) The only real interaction voters got to see was an 8NewsNow debate (co-hosted by Denise Valdez, Univision’s Tsi-Tsi-Ki Félix and me). Neither of the candidates — both among the most cautious, careful in Nevada politics — made any mistakes during that face-off.

■ Donald Trump. Heck was a supporter of Trump’s until the very end of the election, when on Oct. 9 — reacting to a video in which the Republican nominee seemingly joked about sexual assault — Heck withdrew his support and called on Trump to step down as the party’s nominee. He was booed at the news conference, and social media was awash with condemnation.

Later, Heck would seemingly equivocate — he would never directly say for whom he intended to vote for president. But some saw him as a traitor to the GOP in a time of great need. He lost support as a result.

Cortez Masto now faces an urgent task: She must get to work in Washington on policy and in Nevada on politics. A one-county win (even Hillary Clinton and Harry Reid win other counties, including Washoe) isn’t enough to sustain a re-election vote six years hence, especially without the Reid machine.

And Heck? It’s very likely that Nevada has not seen the last of him.

Steve Sebelius is a Review-Journal political columnist. Follow him on Twitter (@SteveSebelius) or reach him at SSebelius@reviewjournal.com.