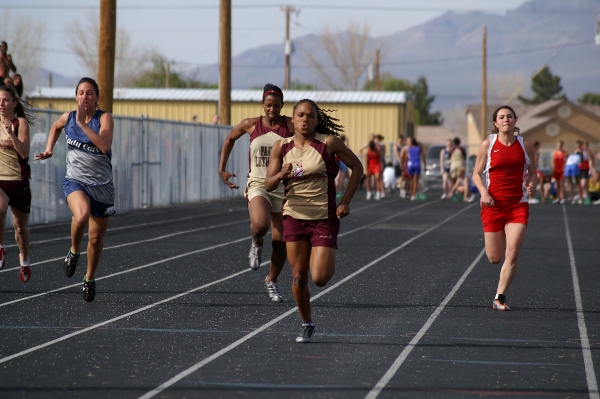 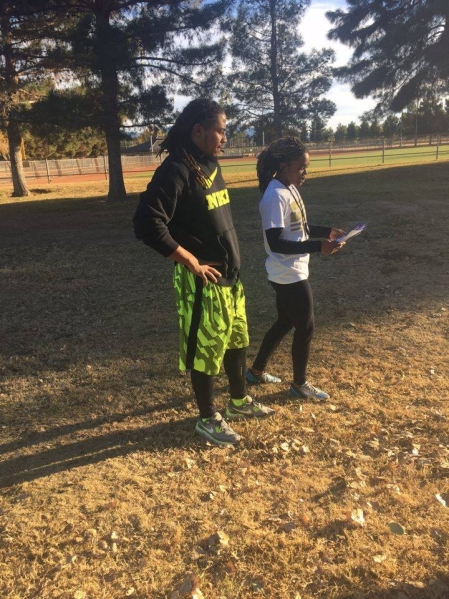 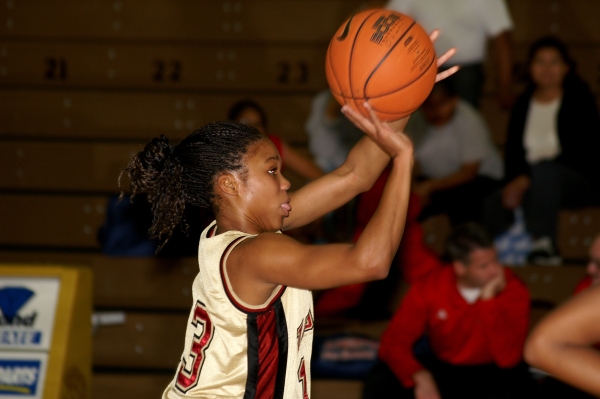 Dominique Maloy returns to her hometown of Pahrump this weekend to conduct a two-day sports clinic.

The price is $20, which includes both days. Athletes must bring shoes (may also bring cleats), willingness, effort and respect. Snacks and water will be provided.

Maloy said she is able to keep the price low because she has many supporters.

“I am far from perfect and make mistakes left and right, but my intentions are genuine and my influence is positive,” Maloy said. “Two of my previous coaches, Jason Odegard (former coach and current assistant principal at the high school) and Nick Moore (former Trojans track coach) believed in me before I believed in myself. They accepted and respected me and my talents for me, not for what I could do for them. They are a main reason this clinic is taking place.”

She emphasizes that the clinic is not a track clinic but a clinic for all athletes.

According to Maloy, her clinic will focus on the following fundamentals: coordination, balance, technique and standards. She said she will address skills such as speed, agility, strength, mental toughness and endurance and she enjoys working with young athletes.

“First, developing children is one of my passions and second, I want to help ignite the awakening of young people,” she said. “Or prevent them from dimming their lights, losing insight of what’s alive inside them. Through athletic training I am able to help kids rediscover or gain clarity of their passion.”

While at Pahrump Valley High School Maloy was a three-sport athlete, lettering four times in track and basketball and twice in soccer. She was the track team captain as a senior and team captain in her junior and senior years in basketball.

She graduated from Arizona State, where she was a six-time All-American, while accumulating some of the fastest times in the school’s history. She ran both indoors and outdoors; some of her personal best times at the outdoor level included 11.39 seconds in the 100 meter, 23.28 seconds in the 200 meter and a time of 52.69 in the 40 meter.

She also has earned bronze and silver medals at the 4×400-meter relay run. The All-American was also an Academic All-Pac-10 Honorable Mention selection.

Maloy still has ambitions for the 2016 U.S. Olympic trials and has also participated in boxing while considering other athletic challenges, including cross-fit and mixed martial arts. She is currently offseason from the Las Vegas Sin, a football team.

“The skills they will gain in the clinic will not only be able to be used in athletics, but for every aspect of their lives,” Maloy said. “From choice making to fulfilling their calling here on earth.”

To sign up for the clinic, one can email youthsportslv@yahoo.com or show up at the designated time.