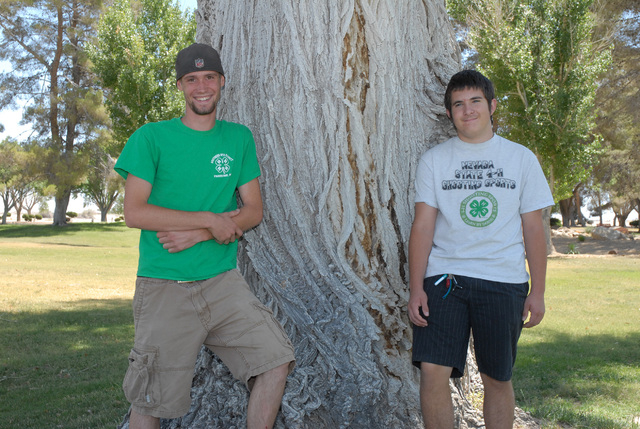 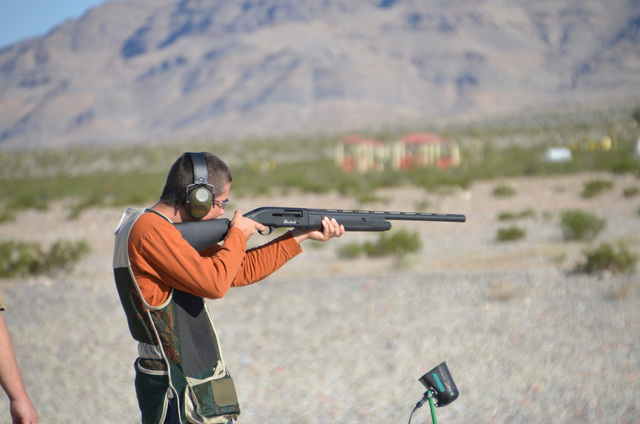 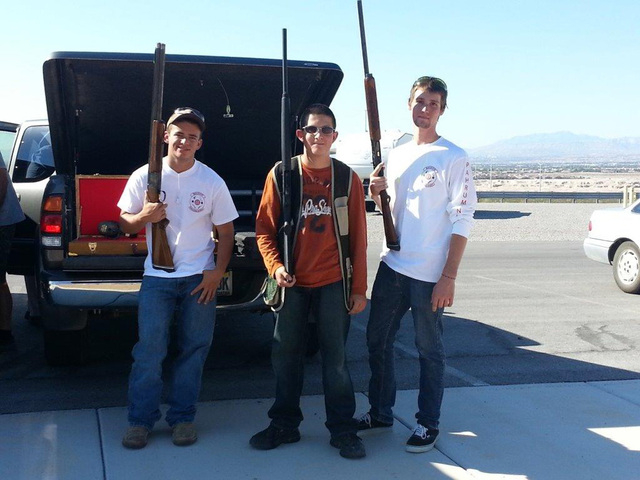 Pahrump has team of shooters from the Nye County 4-H Club that will be going to the National 4-H Shooting Sports Invitational at the University of Nebraska in Lincoln, Nebraska on June 24-29.

The 4-H program is one of the best kept secrets in the valley. It offers the shooting sports for the large sum of $1 a year. With that sum, comes a coach and teammates who help you with the sport. The only cost is ammunition and any travel cost.

Pam Gatling, the Nye County 4-H coordinator, said the program raised $3,300 from fundraising to send the two boys to the competition.

“The community really stepped up. We did car washes, chicken bingo, presentations to the Republican Party, and local businesses. We would like to thank the Stricklands in letting us use the Lone Wolf shooting range. Everything we do is funded by the community,” she said.

Gatling said there were seven people who qualified from Nevada and two were from Pahrump.

Veazey qualified in shotgun for the nationals. In order to do that, he qualified at the Nevada 4-H Shooting Sports Invitational last September. To qualify, Veazey said he had to shoot at least 25/50 skeet. He did slightly better with a score of 28/50.

“This was my first time trying for state. At state, it was really just a competition to see who can do better. We did it for the fun of it and all three of us qualified for nationals. It was something new,” Veazey said.

Veazey said he did shotgun because it was a challenge.

“I like the way the targets move. You never know where it is going to go. That was more interesting for me than shooting rifles with the stationary targets,” he said.

Veazey said his interests in the shooting sports stems from an interest in joining the military. He hopes to sign up soon.

For the competition Veazey said the team practices for two hours a week and expends about 120 rounds per member in practice.

The shooting program is growing and Veazey said he would like some younger kids to come out. It is open to ages 11 to high school. His goal for nationals is to stay calm and relaxed and to have fun. He wants to beat his 28/50 mark.

Jensen picked archery despite getting the same score in shotgun as Veazey because he believes Pahrump should be represented in two types of shooting sports.

Jensen said he uses a compound bow in competition and said there are two types of compound bows. One is a parallel bow and the other is a basic compound bow.

“I use a basic one. My bow has a sight on it. For me, the sight does not really help because I don’t wear my glasses,” Jensen said.

To qualify for nationals Jensen had to get a 170. He qualified with a 189. His goal is to do better because he said he can normally shoot 200 or better.

He said the hardest aspect of archery is determining the distance to the target.

“Gauging the distance to the target is hard if you are not told how far the target is. At nationals, they give you the range in the first round. In the following rounds, they don’t,” Jensen said.

Veazey said this was his last year in 4-H and really appreciated the program.

“This program helps keep kids from getting into trouble. I didn’t know what it was when I came to the shooting program. I didn’t think it was going to be fun. It was more fun than I thought it was,” he concluded.