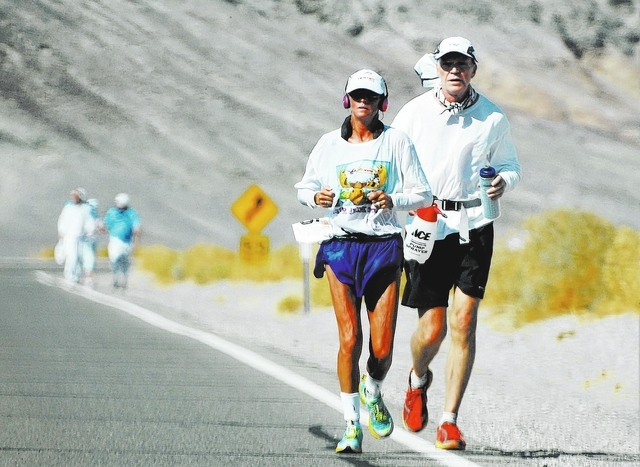 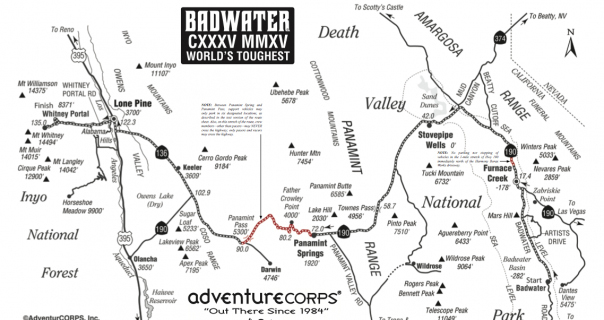 After a year hiatus, the baddest race on the planet, the AdventureCORPS Badwater Ultramarathon, returns to its home and original course in Death Valley, California.

The race will start on July 28 and is truly a challenge of both body and mind. It starts in Badwater, the lowest point in California, at 280 feet below sea level and finishes 135 miles and two days later terminating at Mt. Whitney Portal, which is at 8,300 feet above sea level.

Joaquin Candel falls into the latter category and is not out to win this year.

“I am doing it for fun and it’s a personal thing to finish,” he said.

Candel is an airline pilot by day and an ultramarathoner when he is not flying. He will be running Badwater for the first time and said it has been a goal of his to do so for the past three years. For him this is the ultimate challenge.

“To run a race like this is a mental thing,” he said. “You have to convince yourself to do one more mile.”

Candel lives with his wife and three kids in Henderson and is one of three Nevada runners taking on the heat. This will be his third ultramarathon. The other two he has raced were during the wintertime in sub-zero temperatures in Minnesota and Wisconsin.

The race is something to watch. More than 50 percent of the race is in Death Valley, which is usually around 120 degrees during this time of year. The runners are friendly and more than happy to share their experiences about running and the race. A good time to see them is at Furnace Creek campground as early as two days prior to the race.

If you run track or just jog to keep in shape, you can appreciate these athletes who voluntarily run in these harsh conditions. They get little to no sleep in the 48 hours and certainly don’t eat a regular meal while running. Most consume liquid diets during the race.

One runner claims he really doesn’t have to sleep and sleeps while he runs, while others sleep as little as 30 minutes.

The Badwater race is entering a new chapter in its history; for the first time the race will start at dusk instead of the morning.

Due to the safety review findings, Death Valley National Park changed the start time. The first wave of runners will be taking off at sunset on Tuesday at 8 p.m. from Badwater, which is about 20 miles from Furnace Creek. The last wave will leave at 11 p.m.

This will mean that sun will not be blazing on the runners during the first 12 hours of the race, but the temperatures will still be over 100 degrees for most of the night.

On Monday, the day of the race, the runners must check in. All of them will be spending the night at the Furnace Creek campground so if you wanted to talk to them it is possible. The runners start checking in about 1 p.m. in the afternoon.

All the runners are invited to run this race and must submit an application to run. There is no prize money for winning, just honor and pride knowing that you finished one of the most brutal races in the country and in the world. Applicants must have a resume of ultramarathon running. An ultramarathon is anything longer than a normal marathon of 26 miles.

There will be 23 nationalities, 18 countries, and 21 states participating this year. The average age is 46. The youngest racer is 22 and the oldest is 80.

California has the most runners with 22. The United States has 61 runners.

The first runner to run the Badwater course was Al Arnold in 1977.