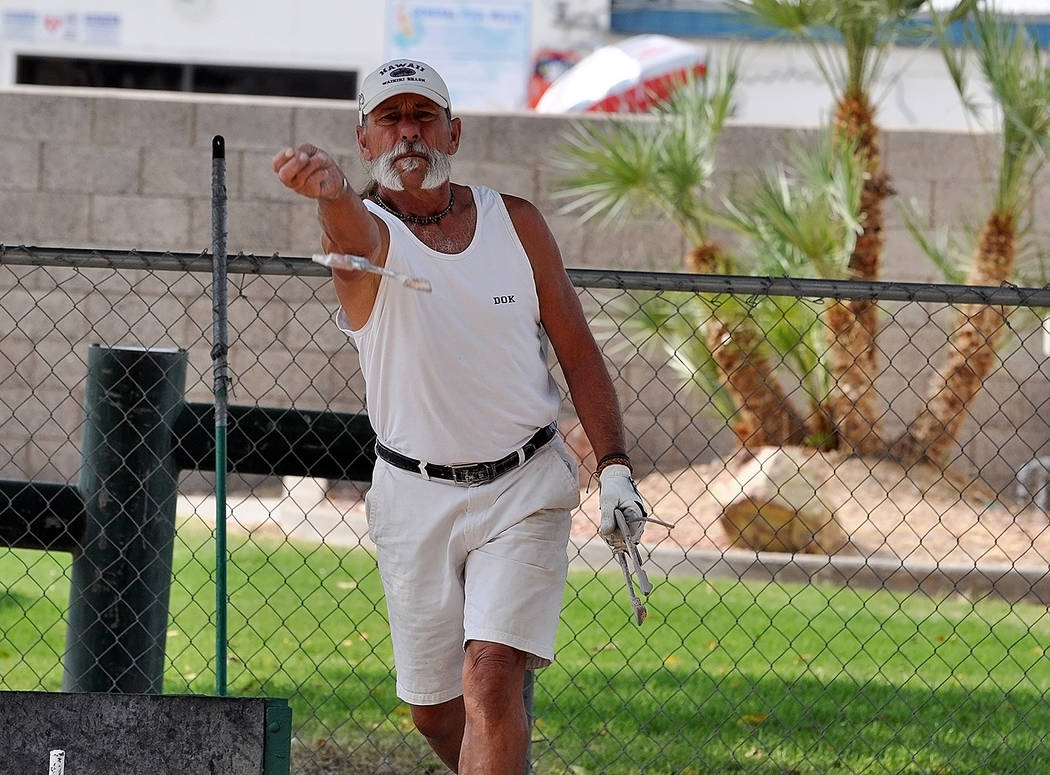 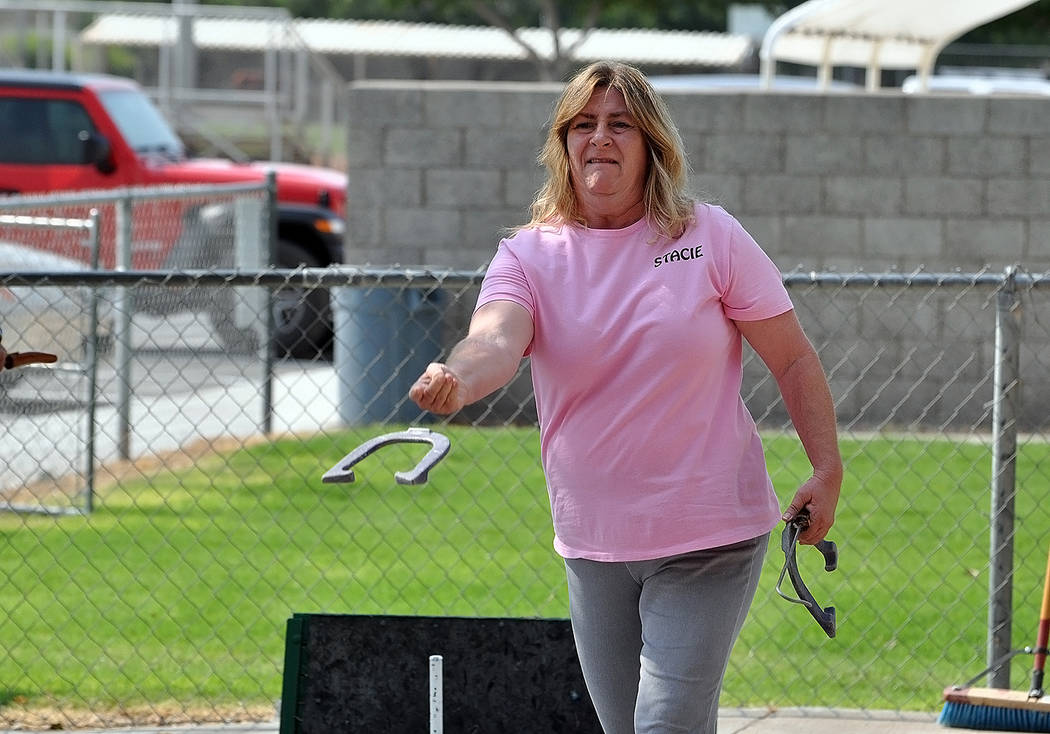 The last time Bo Anders competed in a horseshoes tournament in Pahrump, he tied for first in the A Division of the Saddle West Open but lost in a playoff to Kim Bradshaw.

This time around, Anders made sure no playoff was necessary.

Anders swept four games, beating Bradshaw 40-22 in the last one, to claim first place for himself at the Shade Tree Open on Aug. 11 at Petrack Park in Pahrump.

“I’ve been coming here for years and really don’t play that well,” Anders said. “I hold my own and everything, but today I did pretty good.”

Three times he scored 40 points or more, and his closest margin of victory was the 18 points against Bradshaw, which was matched in a 33-15 win over his son, Justin. Justin Anders drove in from the Los Angeles area and swept his other three games to finish second in the A Division.

Bo Anders last won a tournament two weeks earlier in the Hot Vegas Daze Open in Las Vegas, but the 40-year veteran pitcher enjoys making the drive over to compete in Pahrump.

“It’s a nice setup here,” he said. “Good shade and everything.”

An extra touch this time around was a port-a-potty provided by Joe’s Sanitation, removing a long walk to the park’s restrooms for the competitors.

Also making a drive to compete was Ken Jose of Tonopah, who won in the B Division. Jose and Dok Hembree tied for first place with 3-1 records, but Jose was declared champion based on ringer percentage. The C Division tie between Mike and Stacie Nicosia was broken on points, with Stacie Nicosia, who came in with the lowest ringer percentage in the field, declared the winner with 109 points to her husband’s 100 after each went 3-1 in pool play.

Tournament organizer Mike Norton also had a pretty good day. In the Saddle West Open, two players dropped out after the competition started and the humidity made for an uncomfortable morning. This time around, everything ran smoothly in more pleasant conditions with the ideal number of competitors.

But with five players in each of the three groups, four could be playing on two pits while the fifth had a bye.

The state championships are coming up Saturday, Aug. 25 in Hawthorne. The next event in Pahrump will be during the Fall Festival in late September.

“That’s always a blast,” Norton said. “It’s not sanctioned, so anybody can play. It’s dangerous sometimes. You don’t know who’s going to be pitching out there.”

The Pahrump Dust Devils are at the Petrack Park horseshoe pits every Wednesday evening and Saturday morning. Newcomers are always welcome to join the group.