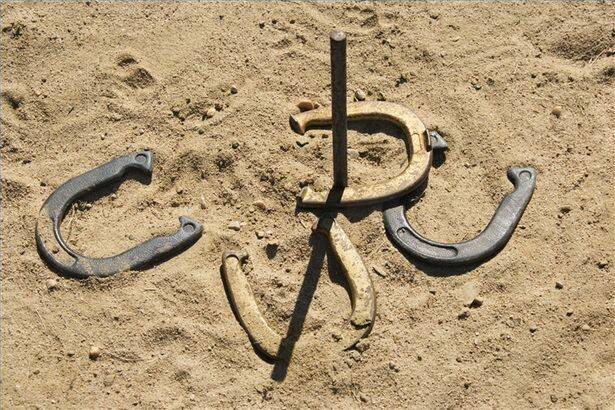 The Nevada Horseshoe Pitchers Association held their first sanctioned tournament of 2022 on Saturday, Feb. 5, in Pahrump. 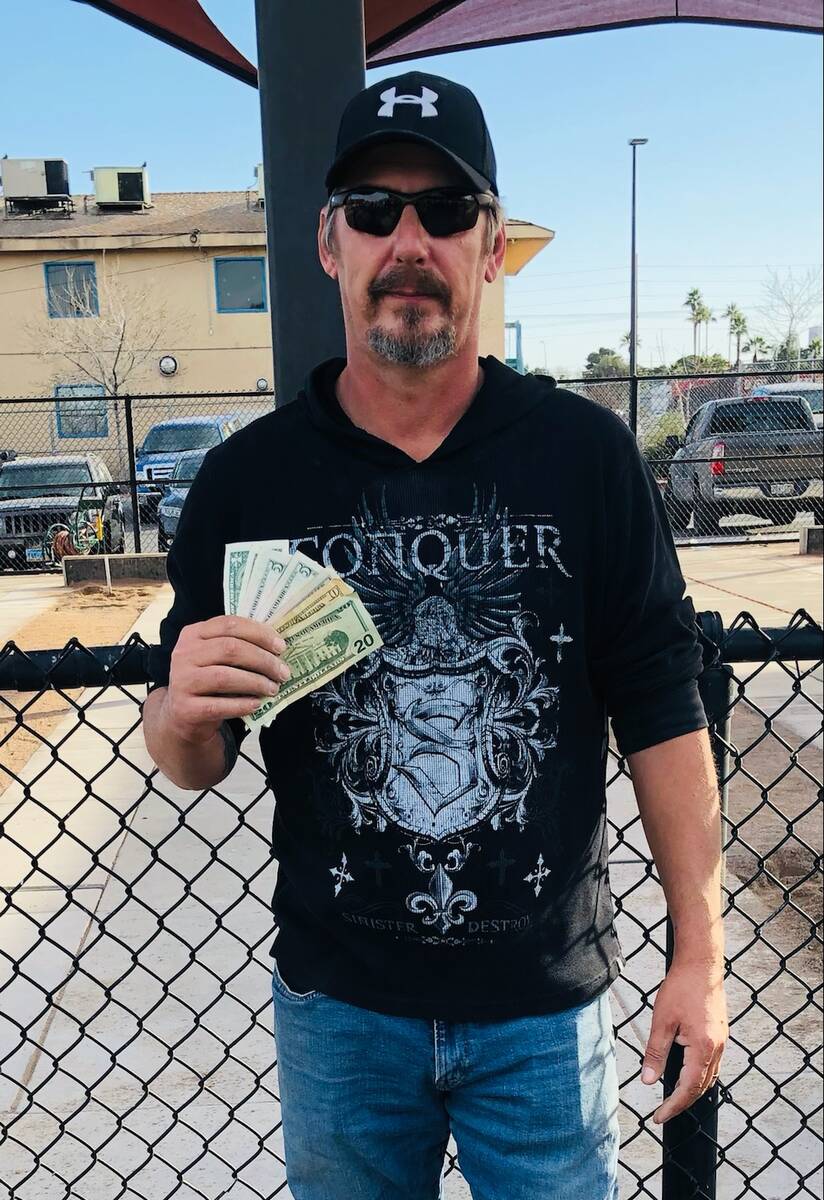 Special to the Pahrump Valley Times Heath Russell poses with his 50/50 raffle winnings after finishing in third place in the D class for the first Nevada State Horseshoe Pitching Association tournament of 2022.

The Nevada Horseshoe Pitchers Association held their first sanctioned tournament of 2022 on Saturday, Feb. 5, in Pahrump.

The tournament featured 25 pitchers who were split into four classes – A-class, B-class, C-class and D-class. Each of the classes had six pitchers, with the A-class having a seventh pitcher.

Anita Sorensen of Mesquite, took first place in the A-class. For her win, she received the tournament champion patch and a cash prize. Sorensen was the only pitcher in the entire tournament to finish undefeated – a perfect 6-0 record.

On top of finishing with an undefeated record, Sorensen also finished the tournament with the most ringers with 83 out of 180 throws. She finished with a total score of 184 points.

In the B-class, it was Matt Jose of Las Vegas who took home first place. He finished with a record of 3.5-1.5. Jose’s tie came in a matchup with Mike “Nico” Nicosia.

Jose led the B-class with 58 ringers on his way to 134 points. For his win, Jose walked away with the B-class champion patch and a cash prize.

Leavitt and Adams tied in all of the statistics. They both finished with a 3-2 record, they both had 139 total points and they both had 50 ringers. Leavitt came out on top due to the head-to-head win between the two pitchers.

Randy Salzwimmer of Stagecoach, Nevada was the winner for the C-class. He finished with a near-perfect record of 4.5-0.5. His tie came in the game he played against Marie Hirschi.

Salzwimmer threw 44 ringers on his way to scoring 140 total points.

The only non-Nevada pitcher to participate in the tournament was Bob Miller of Richfield, Utah. Miller finished in third place in the C-class, with a tournament record of 2-3. He tied with Don Brown, however, Miller won the head-to-head based on the amount of ringers he threw.

Miller threw 42 ringers and had a total of 110 points in the tournament.

The winner of the D-class was Larry Workman Jr. He also finished with a near-perfect record of 5.5-0.5. Workman Jr. won a playoff against Christy Russell due to them tying at the end of the tournament.

Workman Jr. threw 83 ringers to tie Sorensen for the most in the tournament and he threw a tournament-high 276 points.

Russell finished with the second most total points in the tournament with 186 points. She had 26 ringers on the day.

Heath Russell came in third place for the D-class. Russell ended the tournament with a 2-3 record, winning the tiebreaker over Chuck Smith and Dave Barefield. He had 33 ringers on his way to 167 total points. Heath was also the winner of the 50/50 raffle that was drawn at the end of the tournament.

The next NSPHA tournament will take place on Saturday, Feb. 12 at Lone Mountain Regional Park. All pitchers must be signed in by 10 a.m.