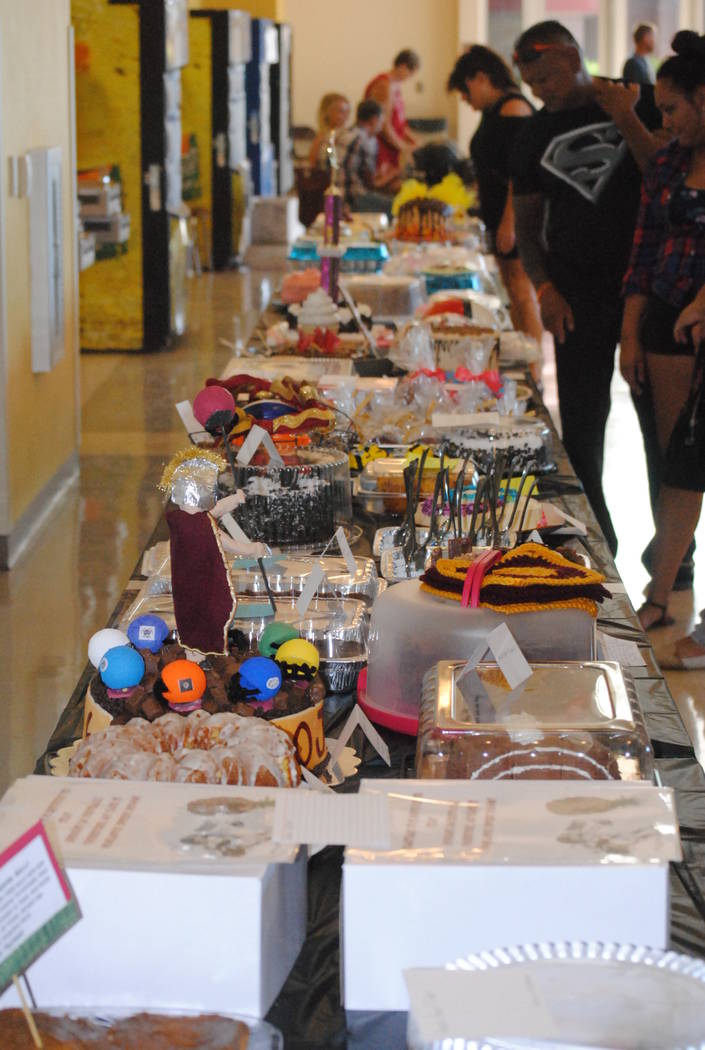 Charlotte Uyeno/Pahrump Valley Times Dinner is over, so what’s for dessert? People from last year’s spaghetti dinner admire the many baked goods up for auction. 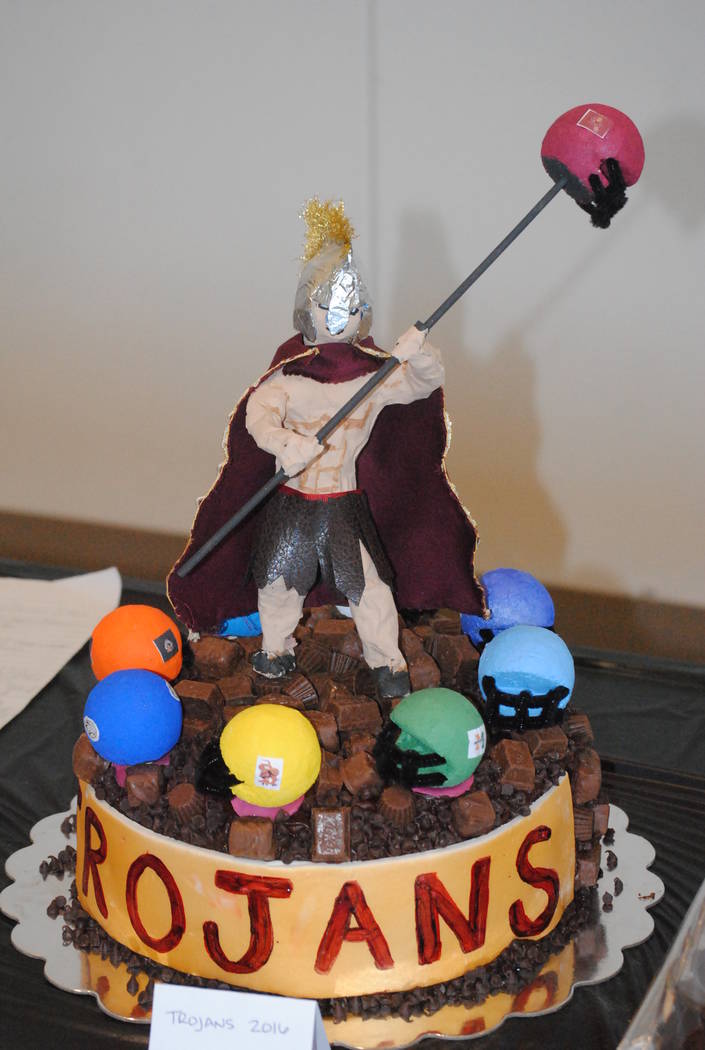 Charlotte Uyeno/Pahrump Valley Times A Trojans football cake from last year’s dessert auction at the annual fundraiser. Yes, the spaghetti dinner is a big draw, but what people really like is the cake auction that follows the dinner. It’s where the fundraiser makes a lot of its money, so bring a full wallet and the Trojans promise you a full stomach. 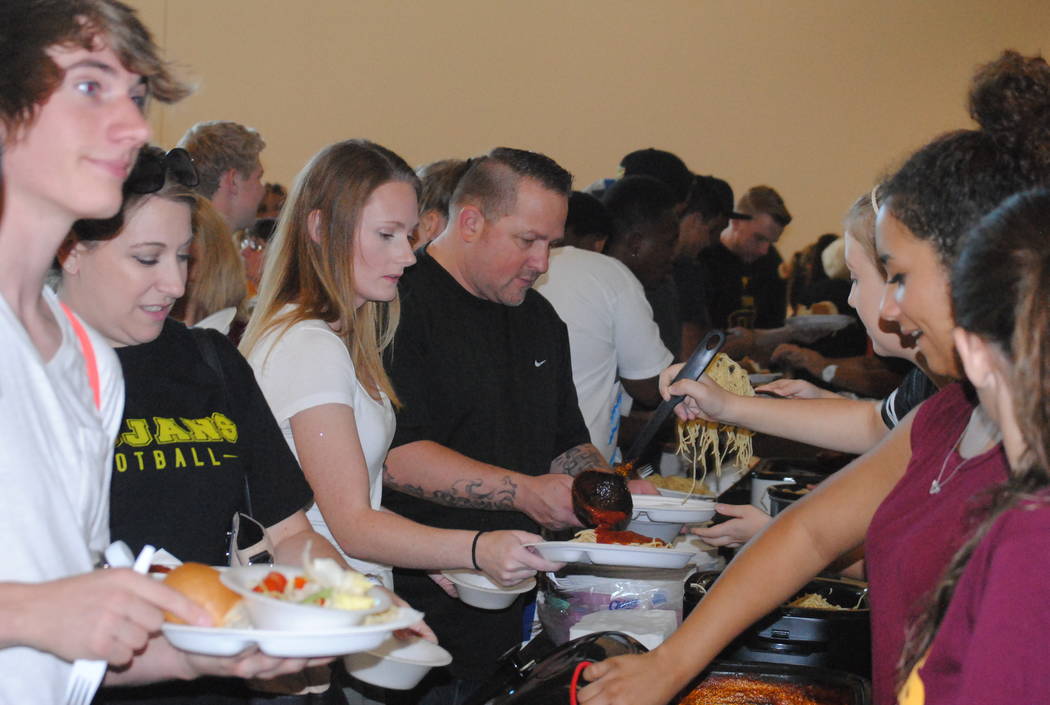 If you’ve got that urge to go out and eat a lot of spaghetti for a good cause, it’s that time of year again.

The Pahrump Valley High School football program is having its biggest fundraiser of the year, the annual spaghetti dinner.

The event this year is at 6 p.m., on Aug. 12, in the high school cafeteria. The dinner is only $5 and there will be a dessert auction after dinner. All the funds go to the Trojans football team. Every year, more than 200 people flock to the cafeteria to eat spaghetti and wish the coach luck in this year’s season.

“The fundraiser is being organized by Holly Clayton, the head football coach’s wife,” Cindy Colucci, the head of the Trojans booster organization said. “She also needs some more volunteers to help out. So if you can volunteer, contact her on Facebook or call me at 775-209-4157.”

“People need to realize that the football team does not get all the gate money they take in for the games,” Holly Clayton said. “That money is distributed among the other sports and so the football team needs money for buying new training equipment, which the team needs to stay competitive.”

Clayton said she hopes to see a lot of community business owners at the dinner.

“We would like to see our local businesses there bidding on the many cakes,” Clayton said. “We also need more bakers. We usually have somewhere along the lines of 30-to-40 baked items there.”

Colucci also extended an invitation to the business community to come out and support the team.

Clayton said they hope to make around $5,000 from this fundraiser. After the dinner is over the team takes all the left-over food and donates it to the local VFW food pantry.

This year the football team will be making meat spaghetti and one non-meat spaghetti. The dinner comes with a roll and some homemade salad.

Already the team has collected more than 20 pounds of ground beef and 100 cans of spaghetti sauce and 60 pounds of pasta. Keep those donations coming in!

Tickets can be purchased at the door or from any football player.