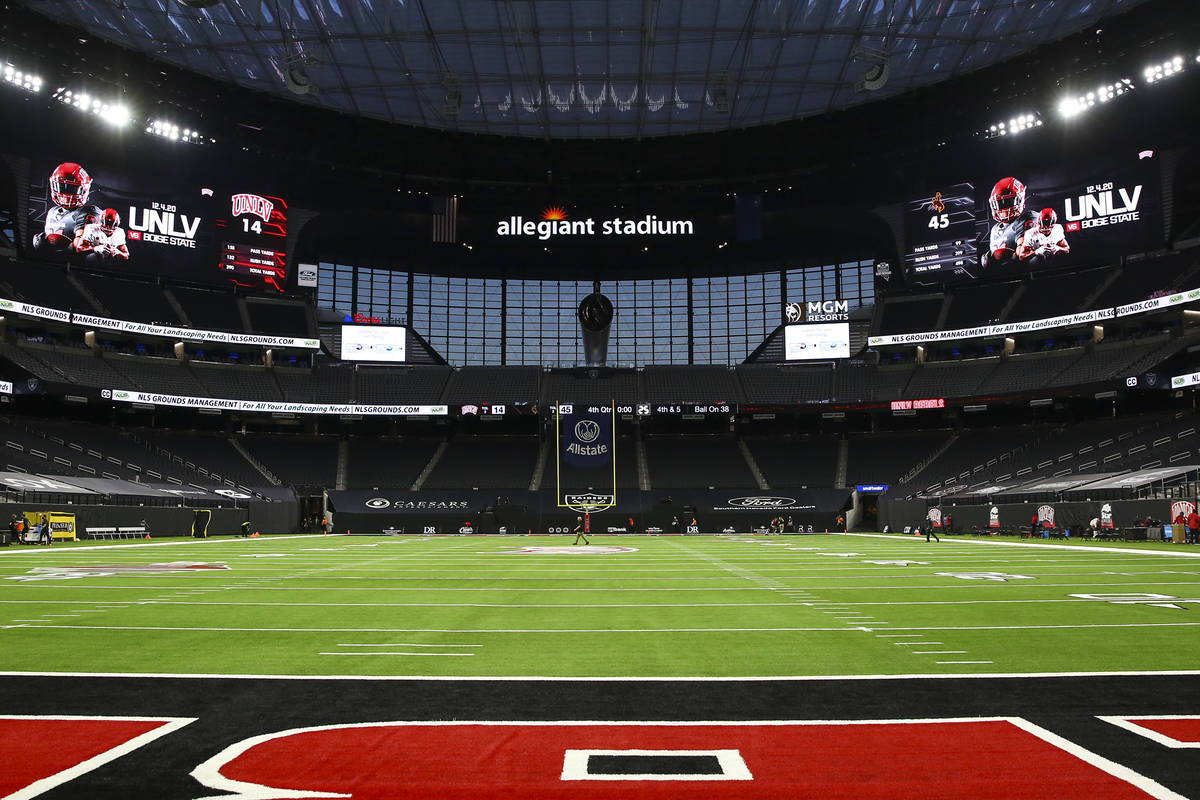 A view from the field at Allegiant Stadium after a UNLV football game against Wyoming in Las Vegas on Friday, Nov. 27, 2020. (Chase Stevens/Las Vegas Review-Journal) @csstevensphoto

The East-West Shrine Bowl is coming to Allegiant Stadium as part of Pro Bowl week.

The annual college football all-star game, which began in 1925, has been a long-time showcase for prospective NFL prospects. The NFL has agreed to partner with the game, which will be played Feb. 3 and televised on the NFL Network.

The Pro Bowl will be played three days later on Feb. 6 at Allegiant Stadium.

The all-star game has been played in numerous locations across its long history, with the last 10 games played in St. Petersburg, Florida. The 2021 East-West Shrine Bowl was canceled because of COVID-19.

The event has sent thousands of players to the NFL, including 78 future Pro Football Hall of Famers. Among them, Lawrence Taylor, John Elway and Dick Butkus.

Tom Brady is the most prominent alumni of the East-West Shrine game of the current group of NFL players.

“The East-West Shrine Bowl is exemplary of the values of football, as all involved have the opportunity to inspire and encourage the children and families at Shriners Hospitals,” said Troy Vincent, NFL executive vice president of football operations, in a statement.

“In addition to community service and engagement, student-athletes get an early start on the evaluation of their skills and coaches also showcase their talent, develop professionally and network with colleagues, which is invaluable to the future of football.”

Historically the East-West Shrine Bowl precedes the Senior Bowl by one week, allowing both showcase events maximum exposure among NFL scouts during a full week of open practices.