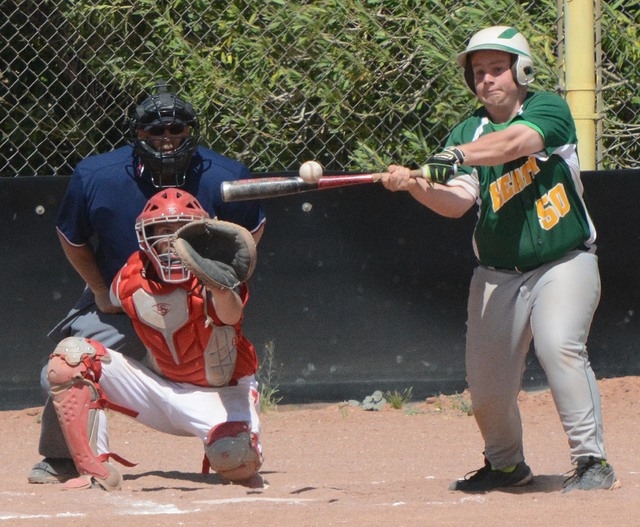 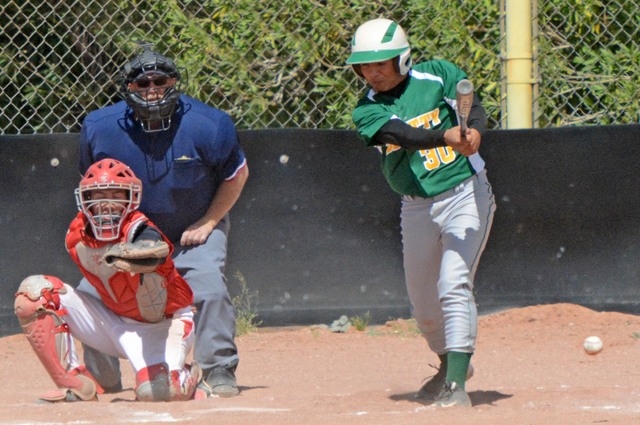 Beatty baseball ended their season last Friday against Round Mountain, who swept the Hornets in a doubleheader 7-6 and 17-10.

According to Hornets coach Mark Henderson, the first game was a thriller.

“We led most of the game against Round Mountain, 4-2 after the second inning and 6-2 after the fifth inning, but then the Knights scored two runs in the sixth to make it 6-4.”

Knights coach Jake Topholm said his team came to bat with the heart of their lineup in the sixth.

“We were down a run going into the top of the sixth and I had my three, four and five hitters coming up,” Topholm said. “The first two got on base and my number five hitter, Corbin Jensen, hit a shot in the gap to right field scoring two runs.”

The seventh started off with a strikeout and a walk for the Knights. The runner then was caught stealing to make the second out and clear the bases. The next batter walked on a 3-2 count on a pitch that could have gone either way.

“There were errors on the next two plays, which scored a run,” Henderson said. “The next batter for the Knights hit a pop fly in foul territory that was then misjudged and fell to the ground between two players. On the next pitch he then singled in two runs and gave Round Mountain the lead, 7-6.”

Beatty had a chance to tie the game up in the bottom of the seventh. The Hornets’ Damian Reynoso was on first to pinch run with two outs. On a pick-off attempt, the ball went past the first baseman and Reynoso went to third. Then on a passed ball, he tried to steal home, but was thrown out at the plate to end the game.

“It was a hard loss on the team,” Henderson said. “Saul Damian pitched a brilliant game for the Hornets.”

Henderson said game two was not so close. The Hornets gave up 2 runs in the first and 8 in the second. So by the time the third inning came around, the Hornets were down 11-0.

“We did come back in the fourth,” he said. “And we only lost by 4 runs, but the early pitching woes again.”

“My two senior pitchers stepped up big in both these games and did what we needed to do to be the number one seed from our side and get to play Indian Springs in the first round,” Topholm said.