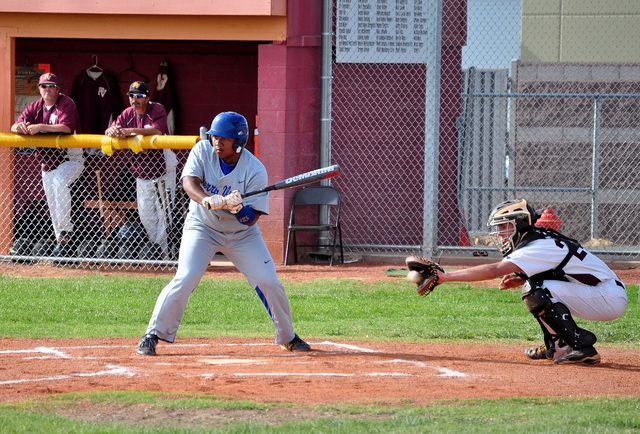 The Trojans baseball team finished in fifth place with a young team, 13-16 overall.

It was the second fifth-place finish in a row for the Trojans.

“Our team goal was to make the playoffs, so not getting there was definitely disappointing,” he said. “We had some good seasons from some players individually, but from a team standpoint, we did not do so well. We are excited that we have 23 of our 30 returning players committed to playing summer baseball. We also have another 12 sixth to eighth graders signed up to play as well, which puts us at 35 total players between three teams.”

Summer baseball consists of Connie Mack at Ian Deutch Park and they also will have games in Las Vegas. The summer season has already started practice, which began on May 12. The first games will start on June 1.

“This season, we will be having 3 teams, a 16U gold team, another 16U team and a 14U team,” Hayes said. “I believe we are the only Division I-A team, other than Spring Valley and Faith Lutheran that will have three teams playing this summer.”