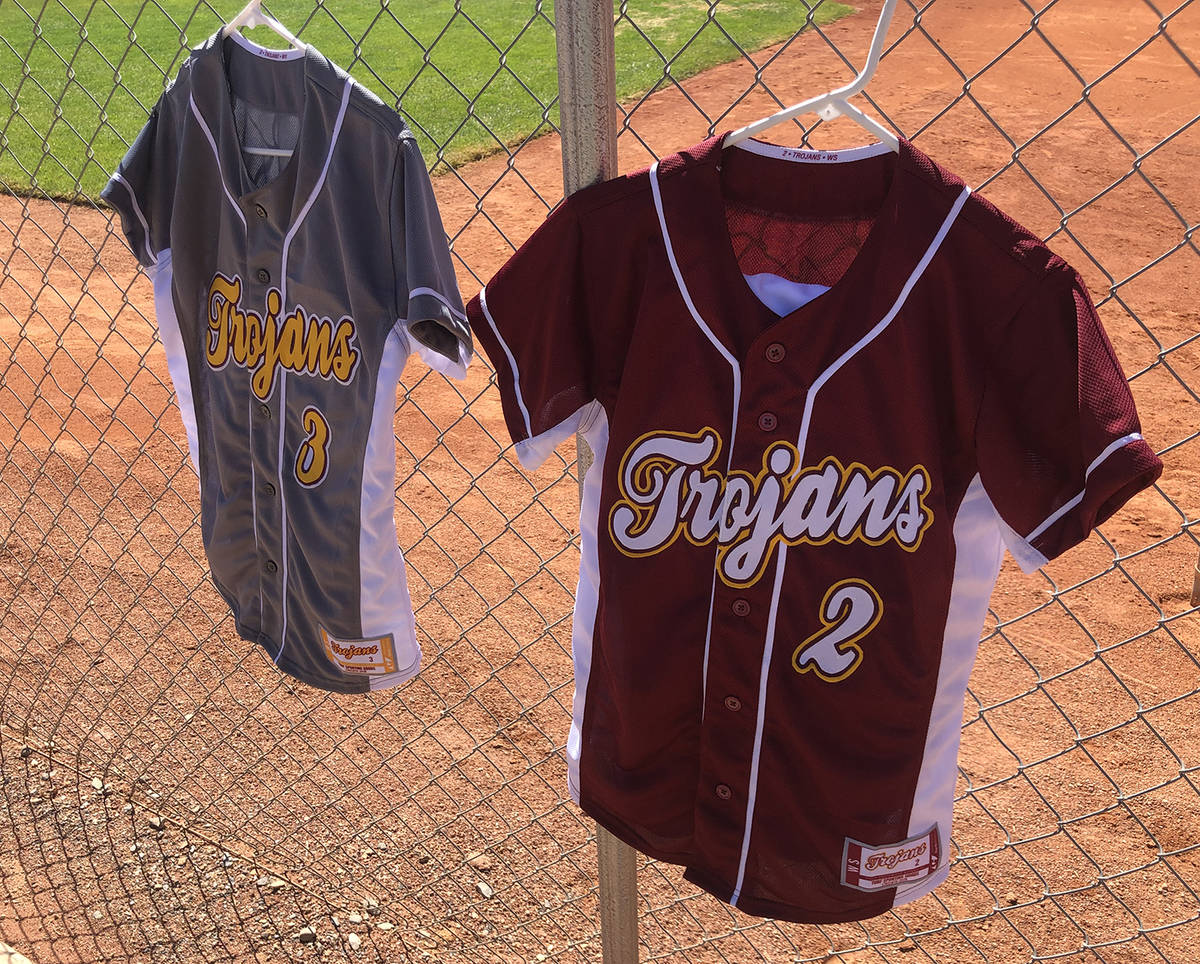 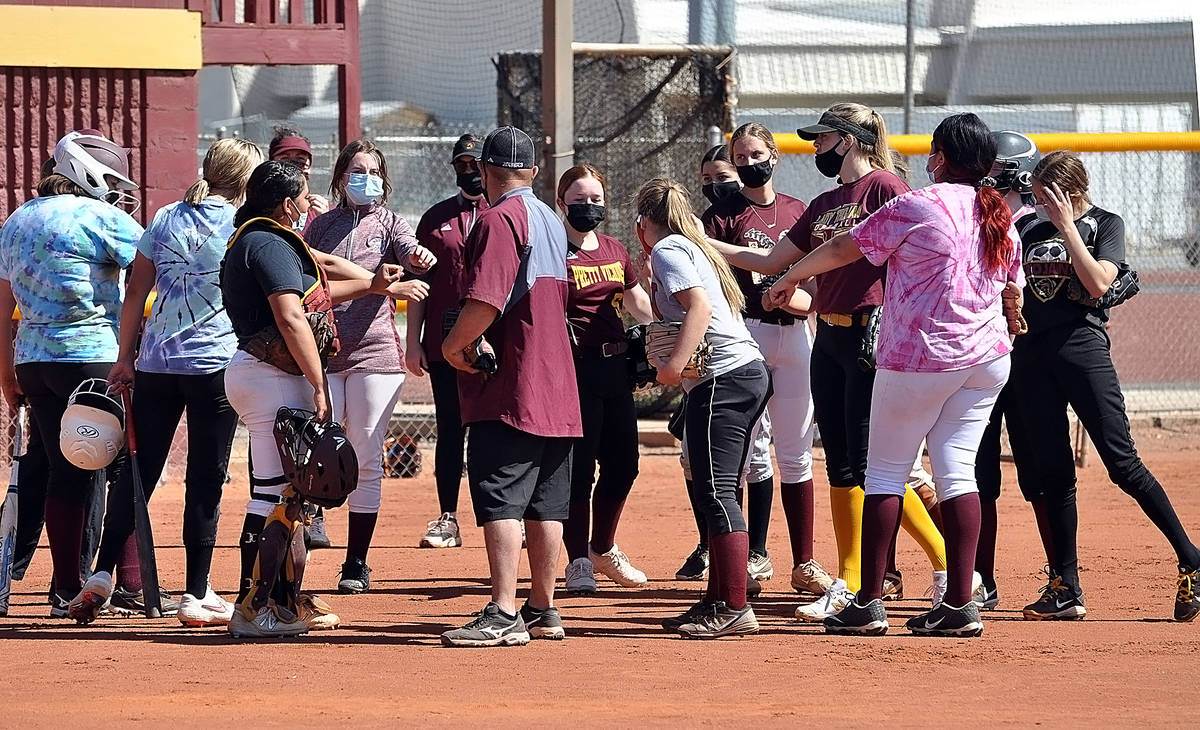 Horace Langford Jr./Pahrump Valley Times Pahrump Valley High School softball coaches gather players around at the close of a Saturday tryout session at Floyd Field. Almost two dozen players came out, despite the fact anyone playing a fall sport is not yet able to participate. 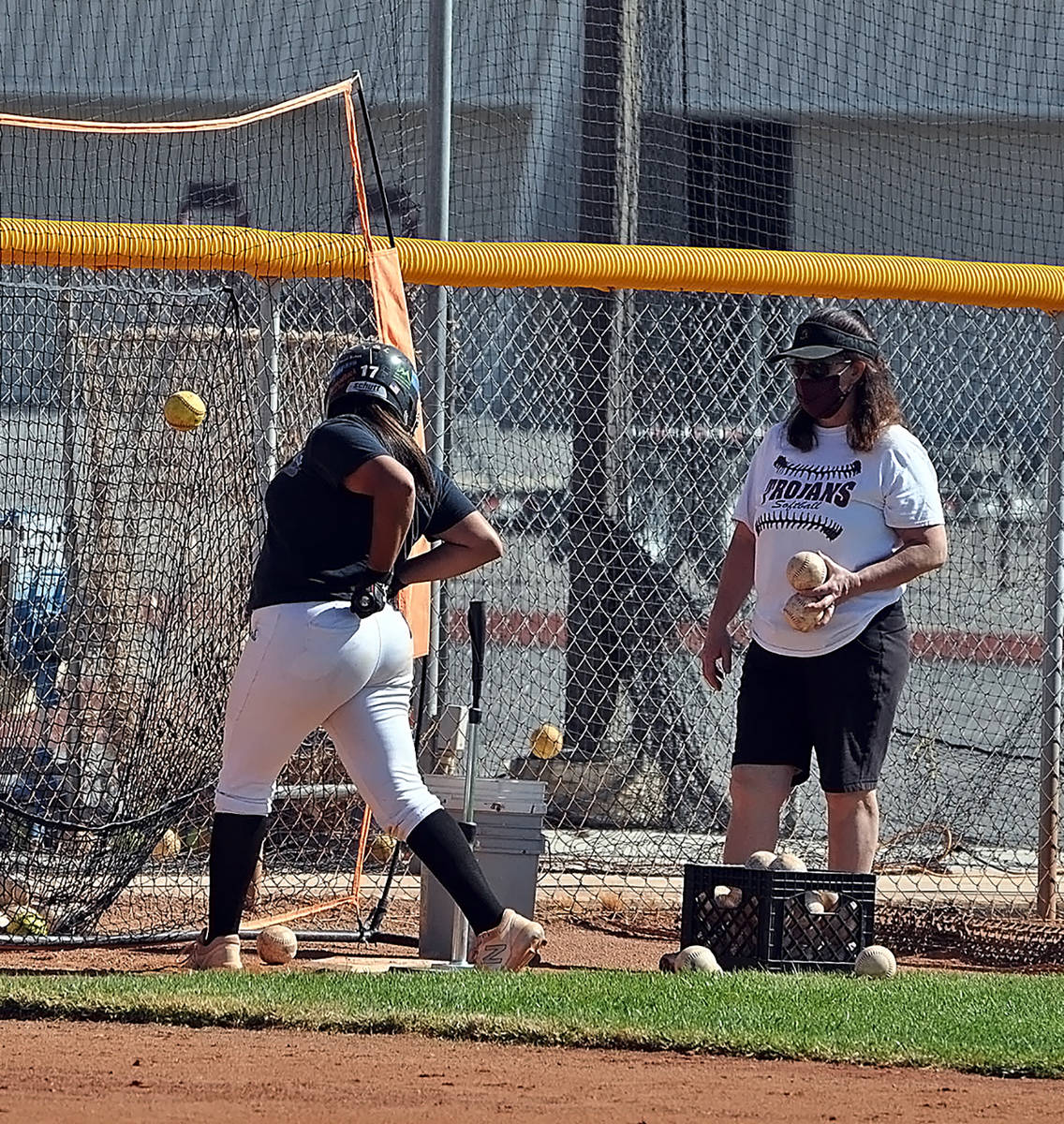 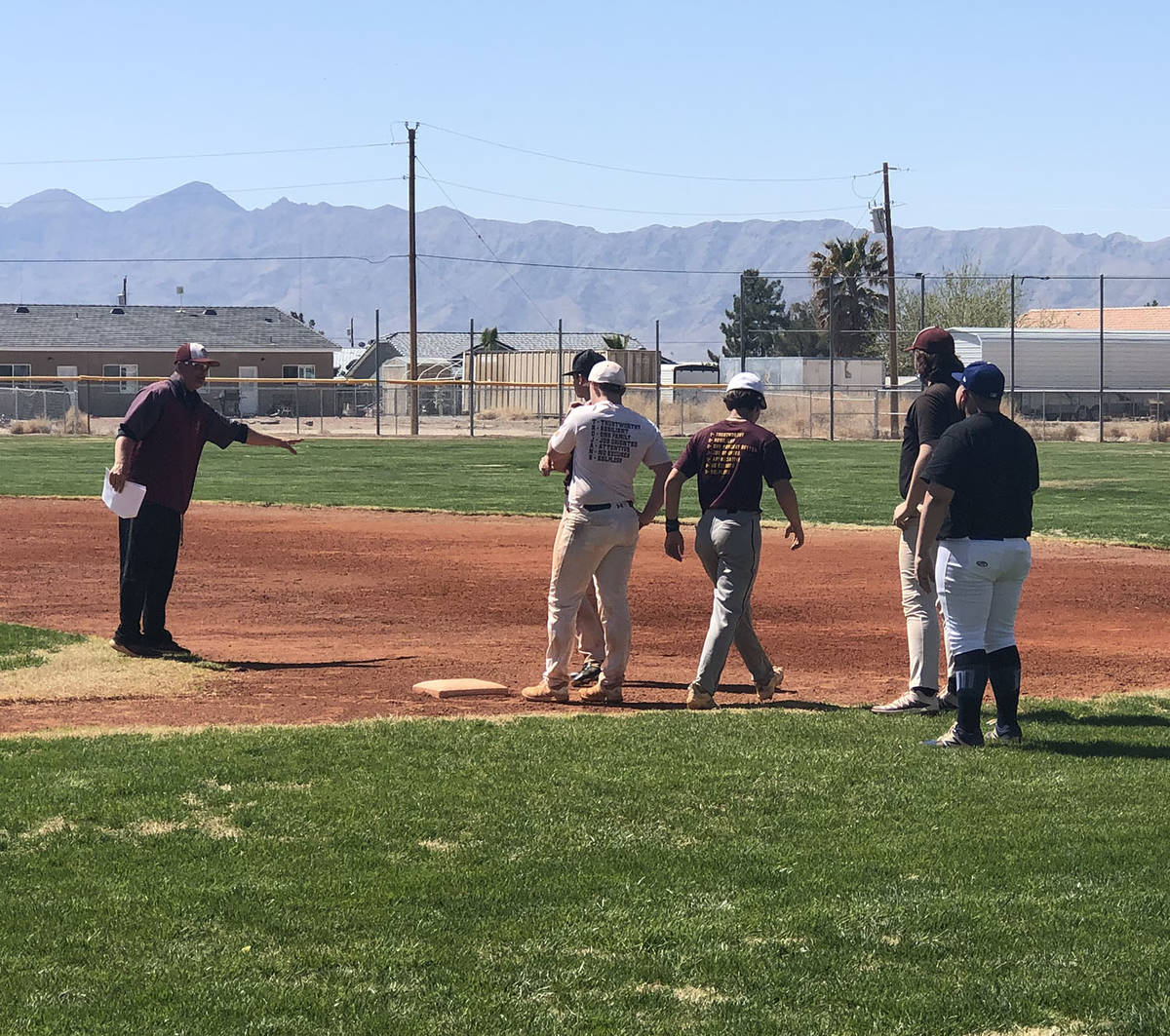 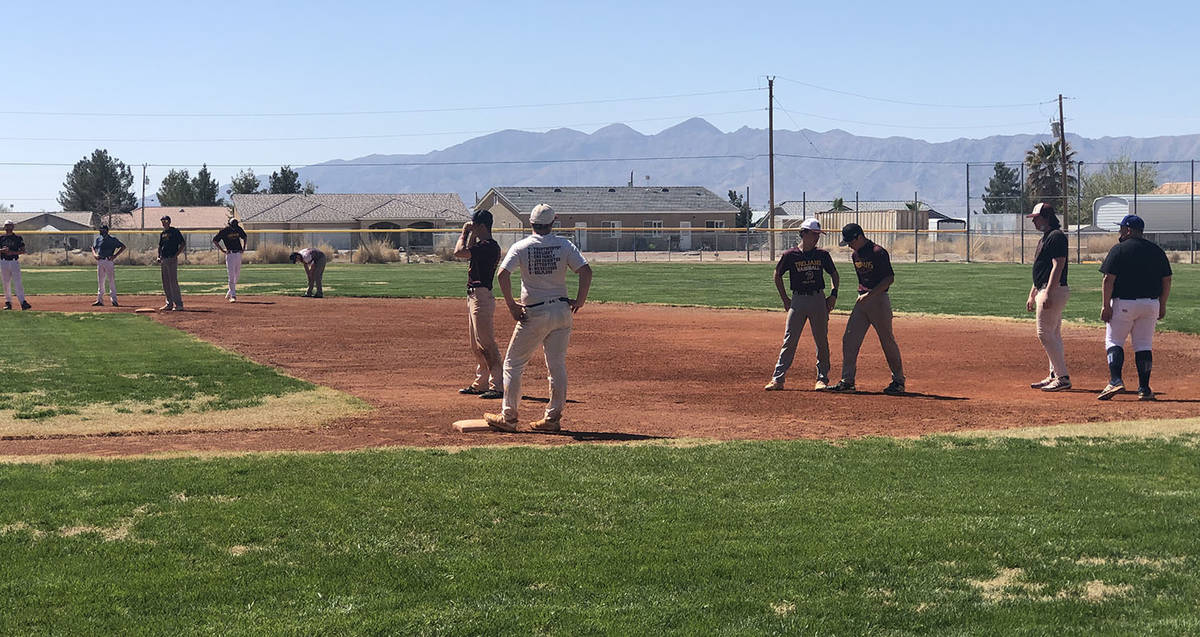 Spring was the only season that was canceled last year, so perhaps there was an extra bit of purpose and eagerness when Pahrump Valley High School coaches held tryouts for baseball and softball Saturday morning.

The softball players were out there first, with 23 of them scattered around Floyd Field doing various drills before a brief scrimmage. Any player involved in a fall sport is not allowed to start participating in spring sports until the end of the fall season, which is this weekend. Lauver estimated that about half of her eventual varsity roster is playing another sport, and she said she expects to keep 11 or 12 players on varsity.

But exactly who those players will be, if not exactly a mystery, is not completely certain, either. Without sports and other school activities for much of the year, some kids found other things to do.

“People moved on with their lives,” Lauver said. “A lot of kids went out and got jobs.”

Those that will be in uniform when the Trojans open their season April 15 against Faith Lutheran will be making up for lost time.

“Because we lost our season last year, we lost all that time for building and growing as a team, so we have a lot of catching up to do just in experience and getting enough reps and having time to work with them on their hitting, to train their swings for muscle memory, that kind of stuff,” Lauver said. “As they’re getting to know each other they are getting more confident in themselves, which is great. They’re starting to cheer each other on a ton more and forming that family unit mentality again.”

That mentality was cited by just about everyone when the Trojans marched to the Class 3A state title in 2019, their first in 14 years. And, with no season in 2020 and no state tournament this year, they technically will be defending state champions for a while. But that doesn’t mean Lauver wants to see anyone acting as if they have accomplished anything just yet.

“I want to see hustle and heart and just a gritty work ethic, girls that don’t want to give up, girls that want to be champions,” she said. “Girls that want to not necessarily win ballgames, but those are qualities that will help them be successful in life. You do all the right things, and the winning part is a bonus.

“That’s what I want to instill and prepare them for and see what they have within their own selves, because there are a lot of kids that don’t realize what they can accomplish on their own.”

Playing the game the right way is also something of an obsession with Trojans baseball coach Brian Hayes, who spent the first half-hour Saturday ensuring his players understood his expectations.

“Be focused,” he told the 19 prospective players gathered in the home dugout at Rod Poteete Memorial Field. “Our drills are quick, to the point, so that we can get them in and get them done. Focus on what it is we need to do. If you’ve got an older guy in front of you, watch and learn. Ask questions.

One of the points Hayes stressed was that, with a shortened season — the season ends during the second week of May — wasting time is not an option.

“We have 10 days and, honestly boys, when the season starts we have 17 games and then we have like eight practices,” he said. “So these first 10 days of practice are the most important practices that we have ever had in our program.”

And if that seemed a bit of hyperbole, Hayes also offered specifics about what can make this most bizarre of seasons special.

“It’s real now,” he said. “We’ve got to come out here and be excited to play baseball. Be excited that we have 17 games and Vegas schools only get 12. We get to play Bishop Gorman twice. We get to play Faith Lutheran twice.

“We actually had Bishop Gorman call me and say, ‘Hey, you guys want to play us?’ That’s never going to happen, but it happened this year. Some of you guys that have aspirations to play college baseball, well guess what? Gorman has, what, seven D-I college signees? And they’re not going to wrest them against us.”