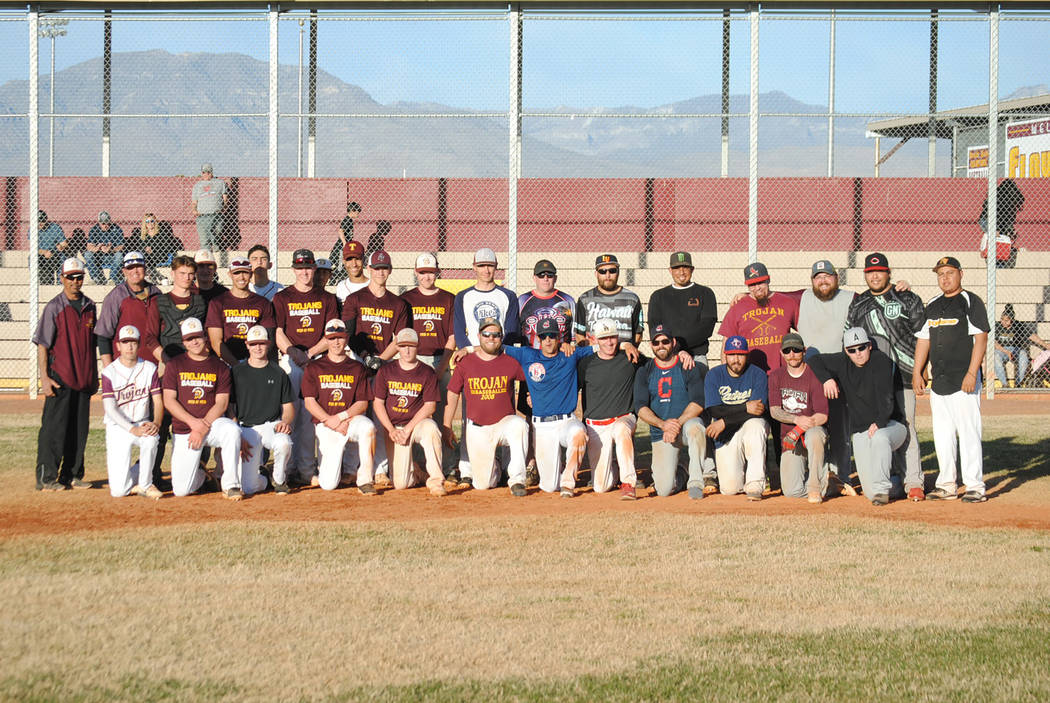 Charlotte Uyeno/Pahrump Valley Times Participants in the annual Maroon and Gold Alumni Game after the Trojans defeated the Alumni 10-2 on Saturday at Pahrump Valley High School. 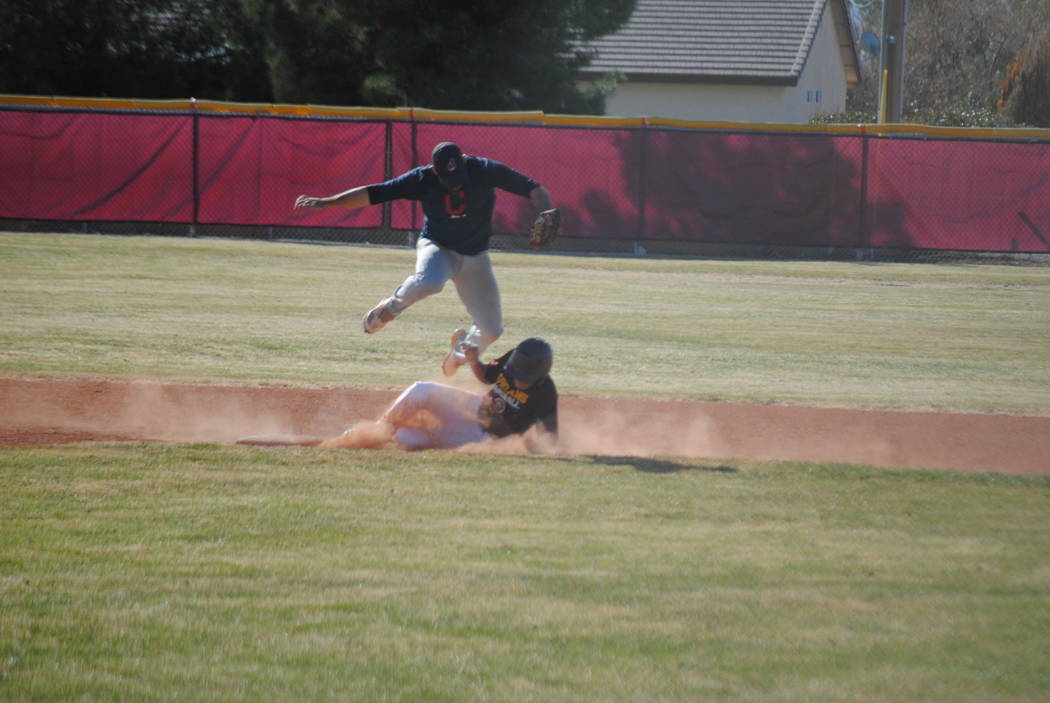 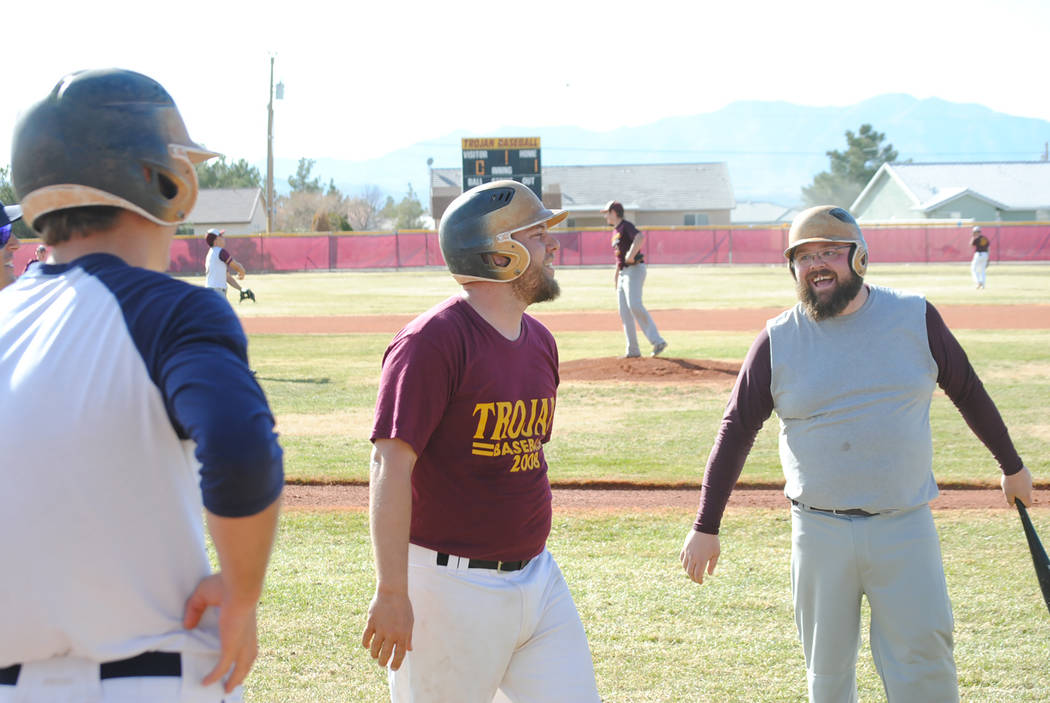 Charlotte Uyeno/Pahrump Valley Times John McHugh, Ethan Wald and Daniel Miller, each of the Class of 2008, before going to bat during the Maroon and Gold Alumni Baseball Game on Saturday at Pahrump Valley High School. 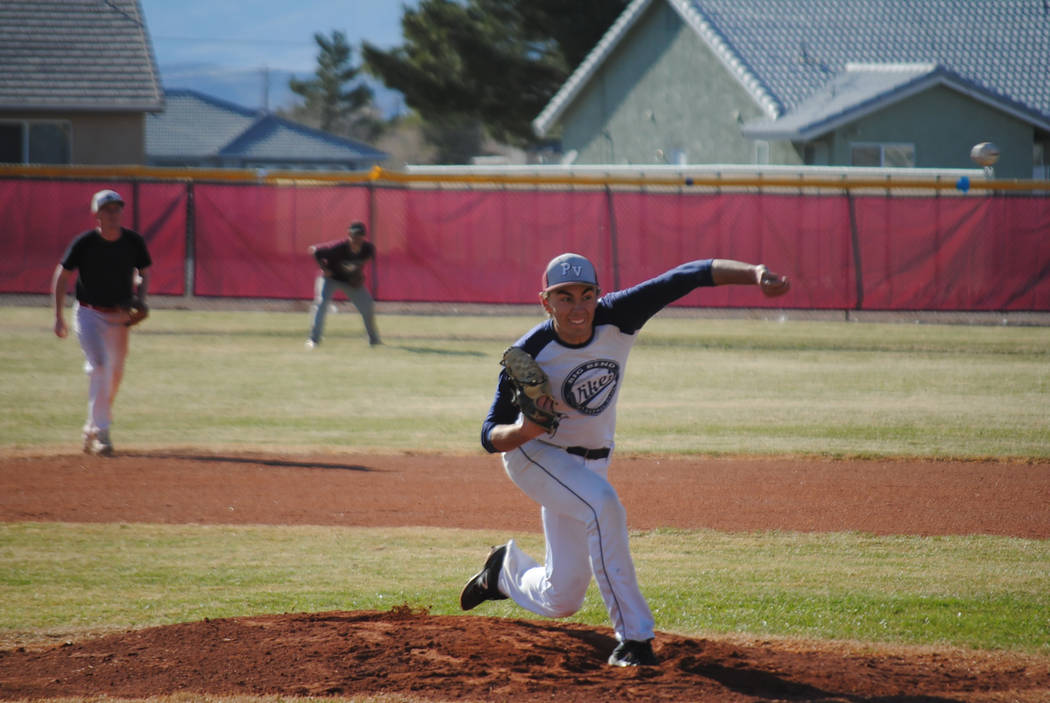 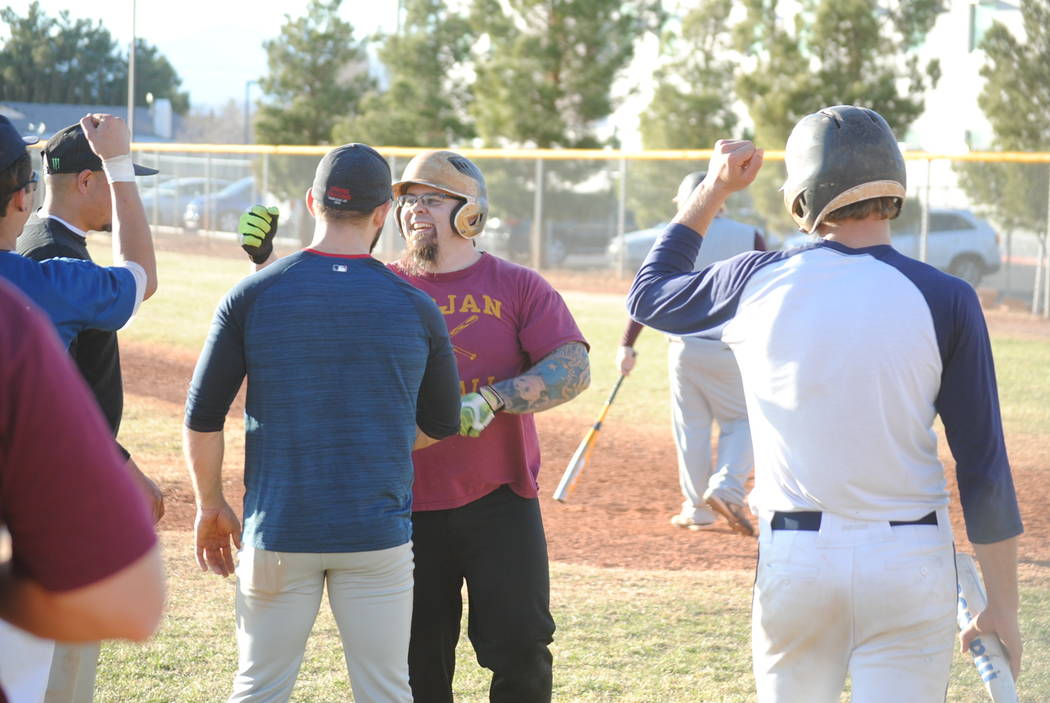 Charlotte Uyeno/Pahrump Valley Times Brett Kaucky of the Class of 2002 is greeted by alumni teammates after hitting a home run Saturday at Pahrump Valley High School.

Participation was down a bit, but that didn’t take away from the school spirit, camaraderie and just plain fun of the annual Maroon and Gold Alumni Baseball Game on Saturday at Trojan Field.

“Although we didn’t have as big of a turnout as last year, it was still a lot of fun,” Trojans baseball coach Brian Hayes said. “We won 10-2. Lucky for us, the alumni did not quite have the pitching they usually have.”

The alumni had rallied the past two years to win the game, but the final score isn’t really the point of the day, said Hayes.

“We look at the game as an opportunity for our young guys to see the importance of being a family both on and off the field,” the coach said. “Many of our alumni look forward to this game, not only to play in but to see their buddies. Pahrump has some good baseball players who have gone through our program.”

The day also featured a home run derby before the game, a raffle, a 50/50 and a snack stand, with proceeds from all of that benefiting the PVHS baseball program. And Hayes was appreciative of the effort behind all of that.

“Make sure to send a HUGE shout-out to Charlotte Uyeno.” he said. Aside from being married to assistant coach Roy Uyeno, she has watched sons Brandon (Class of 2008) and Chad (Class of 2014) play for the Trojans. “She pretty much puts this on, and we just show up on the date she picks and play the game. She is awesome!”