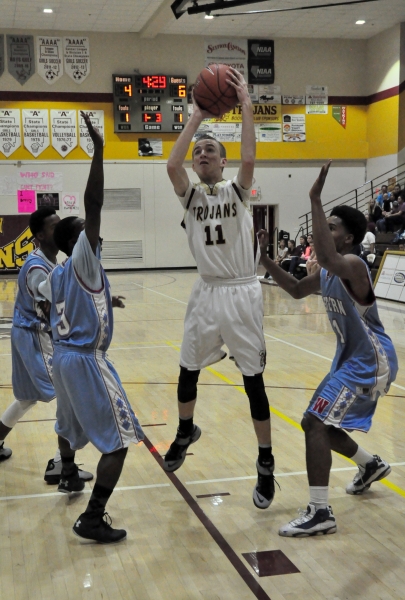 The Trojans basketball team hopes this is the year the program turns things around.

The team had over 50 boys come out for tryouts this year to get the season off to a good start.

Pahrump has won only two league games in the last three years and this year third-year coach John Toomer will try to change all that.

The Trojans top players are Danny Foss, a senior and Nolan Toomer, a senior.

This year’s outlook is bright with the Pahrump returning four players from a team that struggled last year, but is hoping to turn things around this year.

“We are very young this year, but looking forward to a positive hard-working season,” Toomer said. “We are looking to improve with each game we play and hope to be very competitive as the season goes on.”