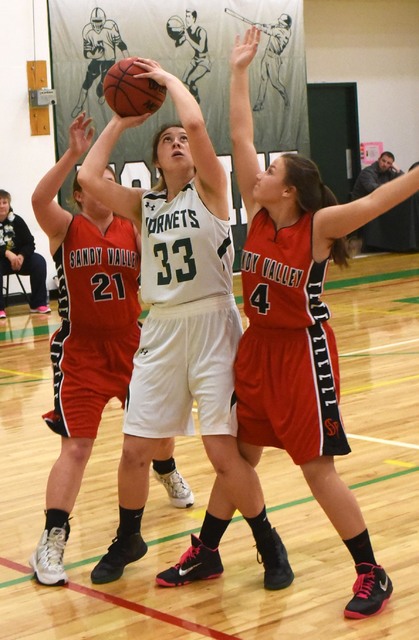 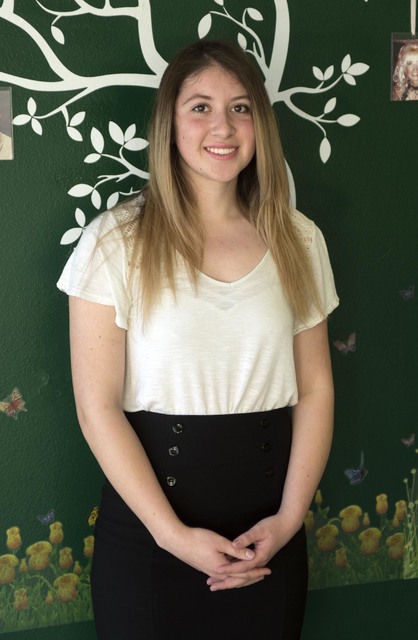 One of the leading scorers for the Lady Hornets basketball team this year is senior Claudia Granados.

Granados is still continuing to score in the double digits as she had 10 points in their most recent win against Indian Springs.

Beatty coach Aimee Senior believes that Granados has natural abilities as an athlete.

“Claudia is a natural at whatever she does,” Senior said. “She works hard, is an asset to the team and is a pure joy to be around with her bright smile and positive attitude. Claudia doesn’t have a mean bone in her body, therefore she isn’t a real aggressive player, but an effective one. I’m so glad she’s played basketball her freshman, sophomore, and senior years. She’s been a pleasure and will be missed next year. Good luck to you, Claudia.”

Granados has played basketball for the three years, and this year she is playing the post position at 5 foot 7 inches tall.

She said she skipped her junior year to concentrate on grades and she doesn’t feel she is a superstar in basketball but is happy to play for the team and contribute.

“I do regret not playing last year,” she said. “I feel I would just be that much better as a basketball player this year if I had played.”

The young player even played down her double-doubles for those two games.

“That was just lucky,” she said. “It never happened before.”

Granados loves the sport but she did admit that she wasn’t really even planning to play her senior year.

“Volleyball is my real love,” Granados said. “I just feel that it takes more coordination. I really didn’t like it when the volleyball season ended and wish it was still going on.”

She said she will always look back to the memories she had playing for the Hornets.

“Playing sports has helped me not to be shy,” she said. “It has helped to push myself more in all the things I do.”

This includes her grades, and she has worked hard to maintain her 3.5 GPA.

Granados is looking forward to graduation and wants to go to college in Las Vegas to study physical therapy. Of course leaving the Amargosa Valley where she is from will be hard for her.

“I like physical stuff and I like helping people,” she said. “I am not happy about moving, but I really want to go to college. I know if I move I will have a better chance of getting a good job and I am also looking forward to new experiences.”