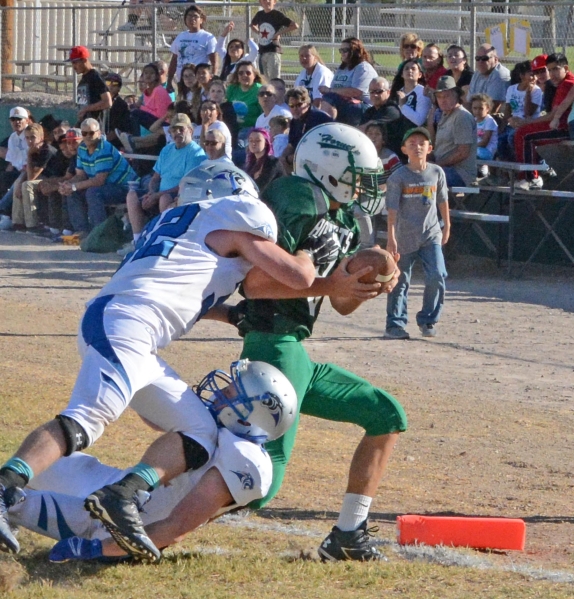 Beatty Coach James Robertson was determined to put up a good fight against Pahranagat Valley despite missing four starters off his roster, which included his top running back.

The Hornets played for pride but fell to the Panthers 38-6.

Alamo (10-0, 7-0) with the win increased their winning streak to 91 games. The team is the sixth-ranked school in the country in eight-man football and the number one school in eight-man in Nevada.

The lead receiver was Culen Highbe with 100 yards and five receptions.

In other Division IV playoff games, the Muckers lost to Spring Mountain 72-14. The advancement of Spring Mountain could mean the Panthers and the Golden Eagles could square off again.