Richard Stephens/Pahrump Valley Times The Beatty Hornets are seen above in practice earlier in the week. Beatty football head coach, Leo Verzilli says the team numbers are looking good. He would like there to be more freshmen coming out to keep the program going. 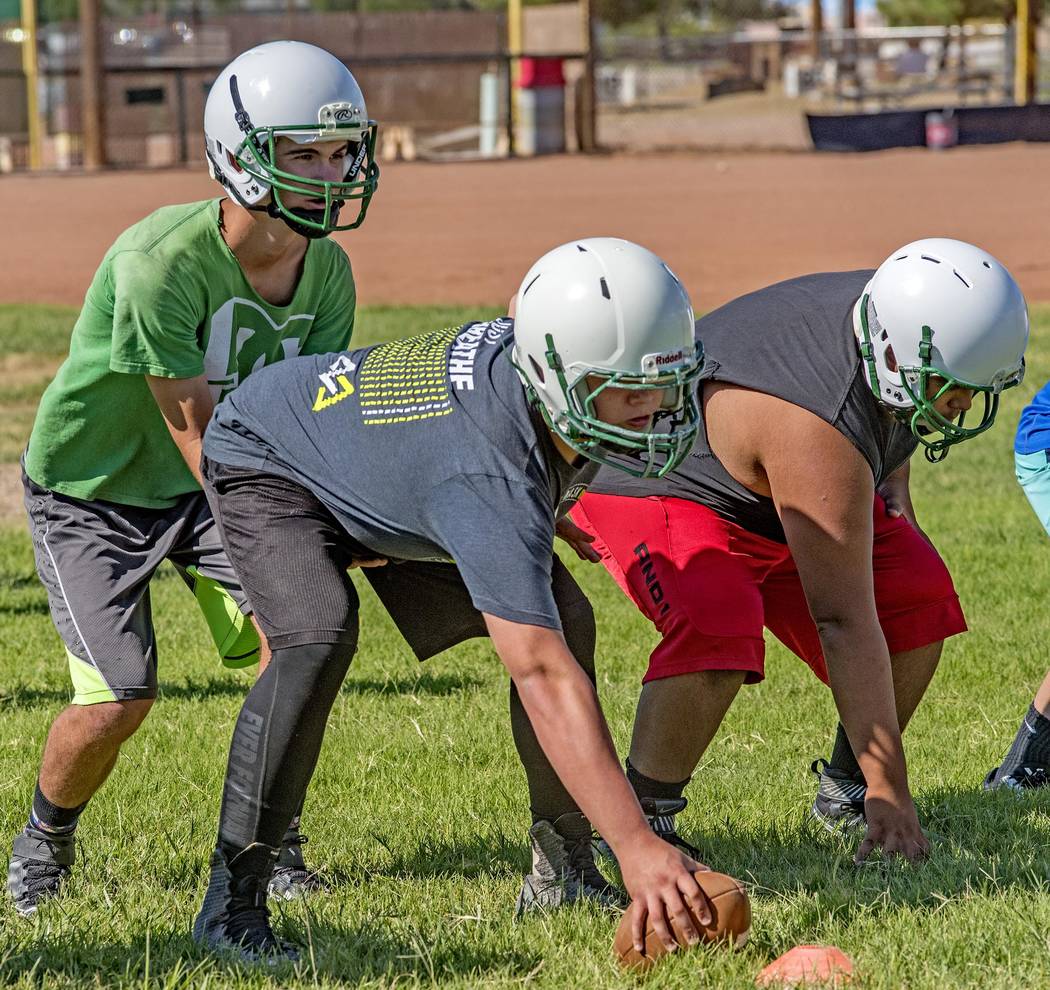 Richard Stephens/Pahrump Valley Times Junior quarterback Jacob Henry takes a snap from the center. Henry has some experience from last year. The Beatty head coach says the team has speed. 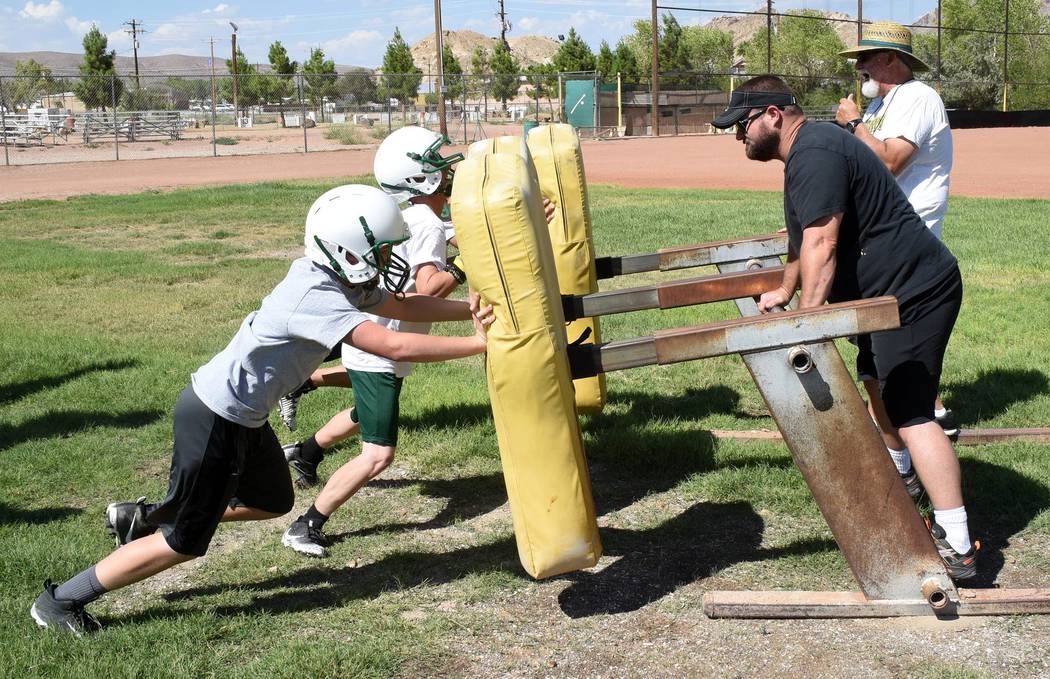 Richard Stephens/Pahrump Valley Times Leo Verzilli (in the background) looks over his linemen on the sled. He said the line needed “beefing up.” He said he has a few linemen more than 200 pounds.

The Hornets are coming off three seasons in a row where they made the playoffs and they made the quarterfinals in state last year.

For the Hornets, this will be a rebuilding year and a time for the younger kids to step up.

Hornets coach Leo Verzilli lost 11 seniors last year that was just a little under half the team.

“We’ve got about eight juniors this year and they all played all sports and are an intelligent group,” Verzilli said. “Oh, and the good thing is these guys have no eligibility problems and they have been playing since their freshman year.”

Verzilli said he hopes he gets about five freshmen this year.

“If we get that many freshmen coming into the program this year that keeps the football program going,” he said.

This year the quarterback will be junior Jacob Henry.

The coach likes his speed.

“We got speed and receivers, but we need to beef up the line,” the coach said. “Some kids need to step up in a starter role. We have two or three kids that can run with speed and the lineman are around 200 pounds. There are a few that are over 200 like James Quirk. We can’t pass if we can’t block.”

Verzilli said he is not worried.

“Defensively we have experience but the defensive backs need some work,” Verzilli said. “We are stronger defensively but that’s normal.”

Verzilli traditionally has run an “I” formation but he may make some changes this year for their running game.

He explained that with the loss of Hugo Mendoza, who graduated, the team lacks the big fullback needed to run out of the I formation.

“I think we will do more split backs and play action, because we don’t have that big fullback,” the coach said. “We need to do that to get around the edge and to do that we need more deception in the backfield.”

Beatty football should be around 16 to 18 this year in numbers. The team will debut on Sept. 1 when they travel to Lone Pine for their first game.