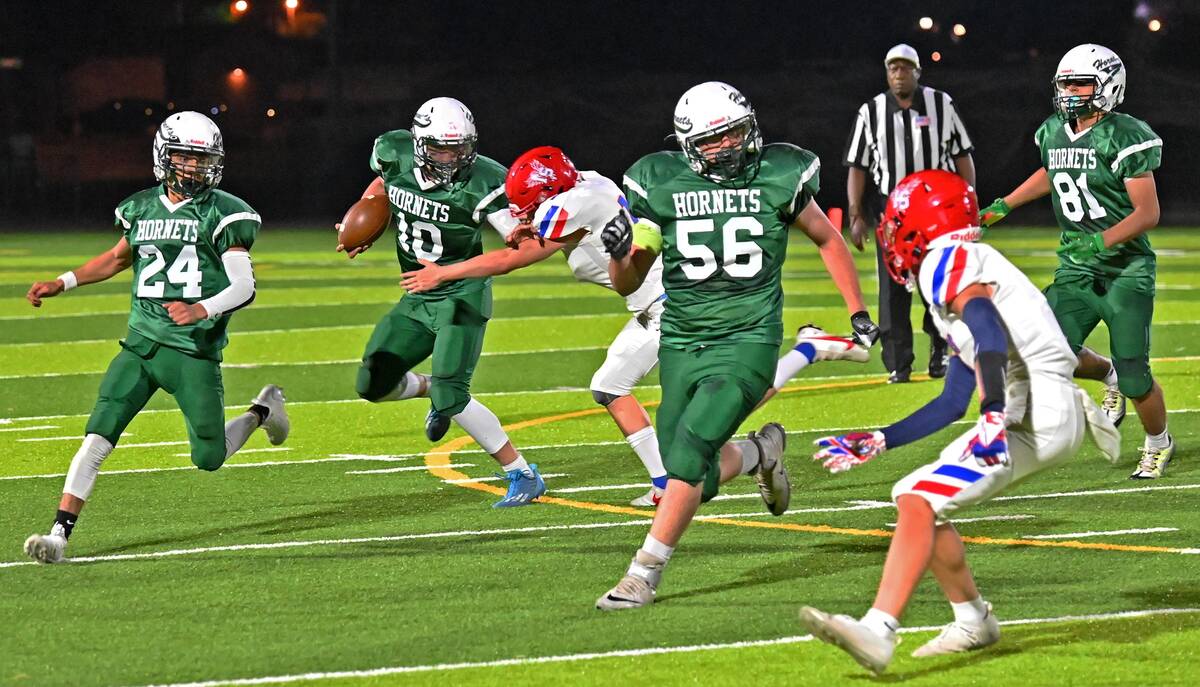 Richard Stephens/Pahrump Valley Times Beatty quarterback Francisco Granados (10) carries the ball on one of his rushing attempts in the Hornets' 32-20 victory over the Indian Springs Thunderbirds on Friday, Sept. 16. 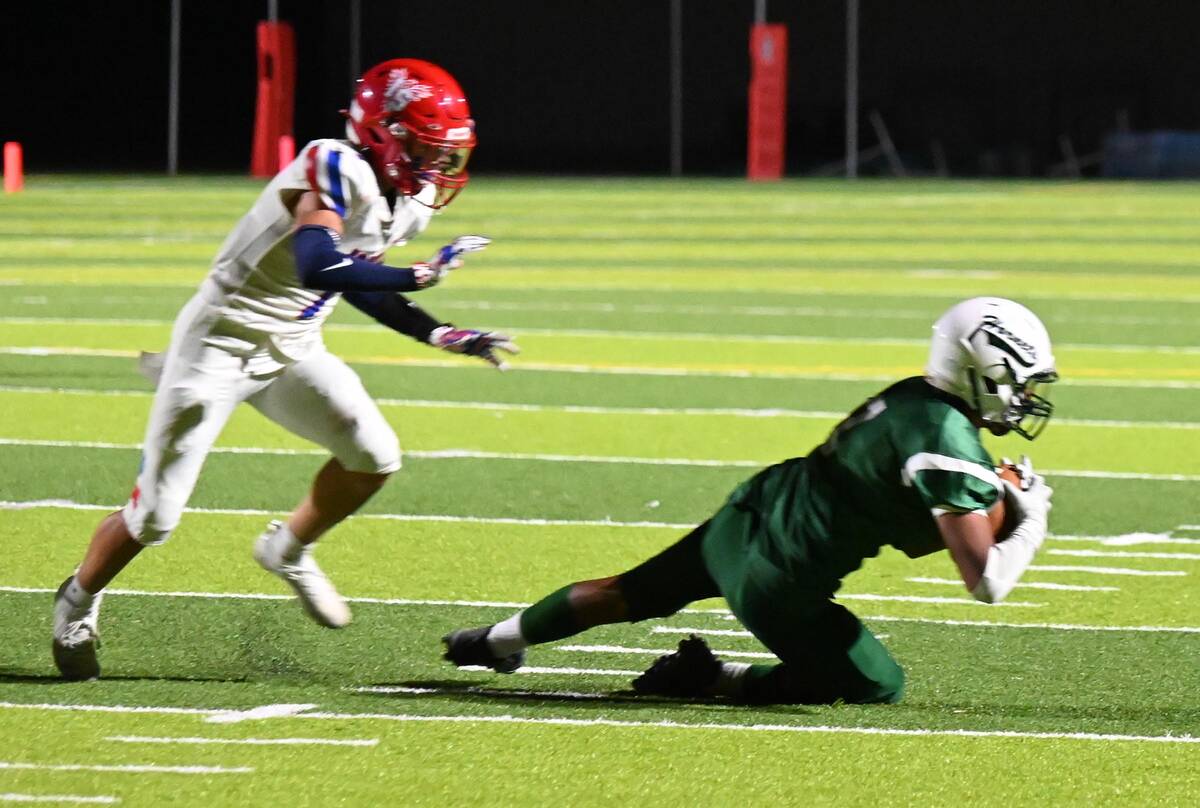 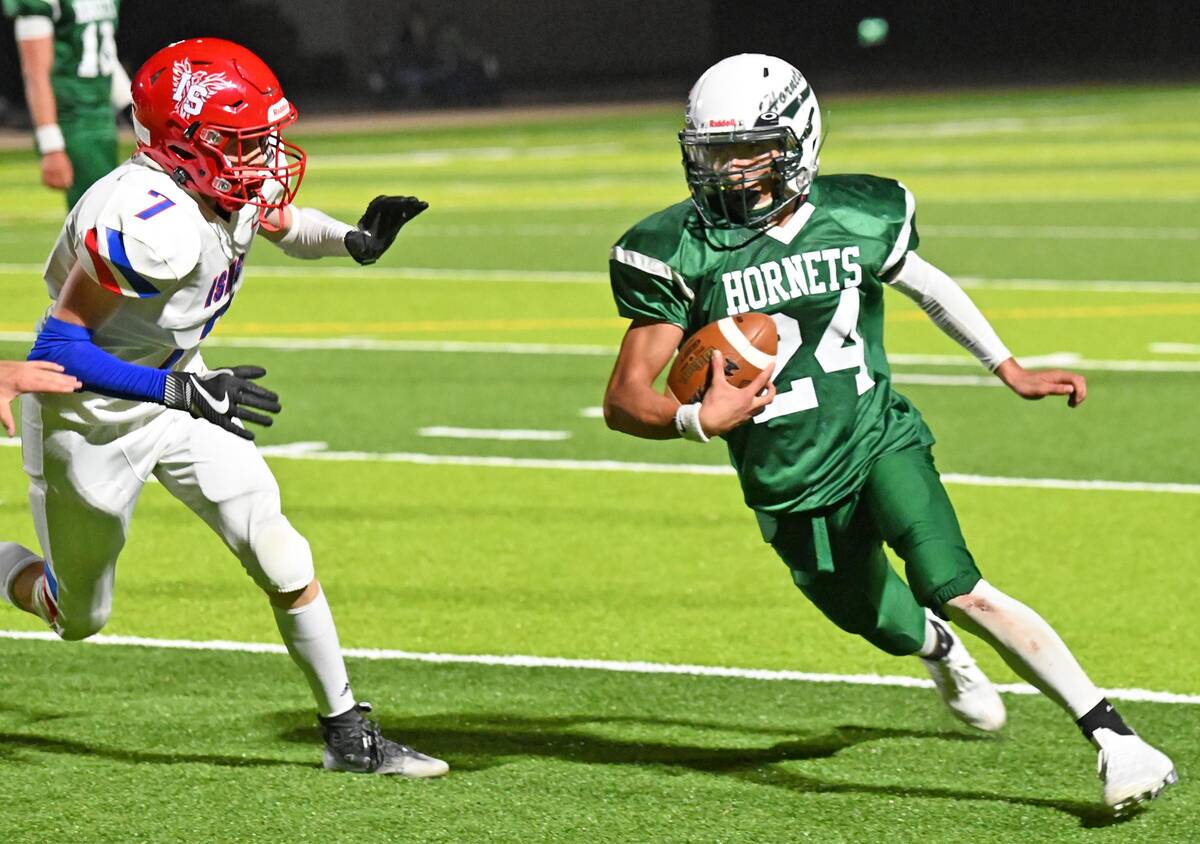 Richard Stephens/Pahrump Valley Times Running back Effrain Moreno (24) carries the ball on one of his rushing attempts during the Hornets' win over the Thunderbirds on Friday, Sept. 16.

The Beatty High School football team got their second win of the season on Friday night with a 32-20 victory over the Indian Springs Thunderbirds.

This game was Beatty’s final non-league matchup for the season. Going forward, all games for the remainder of the season will be more important than the previous three games because they’ll all be league games.

Senior quarterback Francisco Granados has been leading the team so far this season.

“He really showed that he’s a fantastic athlete,” Beatty head coach Rusty Anderson said about Granados. “He led our team in rushing and led our team to the win.”

Anderson went on to talk about how the Thunderbirds played tough on defense, making the Hornets have to change up their game plan slightly.

With Indian Springs being able to stop the Beatty rushing attack early on, Anderson went to the air.

“We were able to change it up by passing the ball a little more and found success,” Anderson said. “Our receivers, Oscar Lopez and Sam Sandoval, got everything that was thrown at them, including a pretty fabulous diving catch by Oscar.”

The Hornets will host the Pahranagat Valley Panthers this Friday, Sept. 23.

Beatty hasn’t had any success in recent years, having lost 13 consecutive games against the Panthers dating back to the 2009 season. They’ll be looking to put an end to the losing streak this week.

Pahranagat Valley is coming into the game with a 3-2 record and coming off a crushing 40-6 win over the Eureka Vandals.

Kickoff is scheduled for 7 p.m.