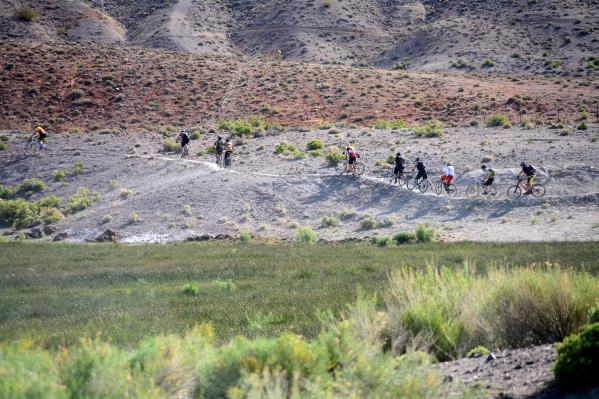 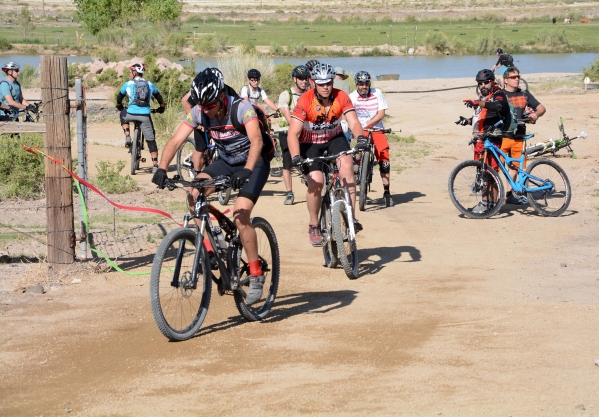 The town of Beatty is one step closer in a long and slow process to starting construction on the first mountain biking trails on Bureau of Land Management land.

The MOU is a five-page document which establishes TRAILS-OV as a cooperating agency and creates a joint agreement “in the preparation of the environmental document for the Beatty trail system.”

According to Cimarron Chacon, the head trail designer for the project, the first 122 miles of trails are laid out as part of a broader master plan so the BLM can see if there are any environmental impacts on the land.

“We have been working on the agreement and language for half a year,” Chacon said.

Chacon was hired because of her expertise in developing trails for the BLM in St. George, Utah. Spicer hopes her expertise will minimize the environmental impact on the land.

“I prescreened any conflicts that the BLM might have with the project, keeping the conflicts to a minimum,” Chacon said. “The MOU contains a five-year plan of trails that have the least conflict.”

What she means by prescreening conflicts is that as she is designing the trails, she is looking for potential red flags or traditional environmental concerns the BLM may have with the area the trails are going through. She said her experience of knowing typical things the BLM looks for could save the projects years in red tape.

Chacon worked for the BLM for nearly a decade and designed the trail system in St. George.

“When dealing with the BLM, you speak about things that could happen one or more years down the line,” she said. “Nothing happens quickly with them. But they wanted trails that could be completed in five years.”

The partnership formed allows the environmental process to go quicker. How quick is another story.

“We don’t really know how long it could take the BLM to go through this environmental process,” she said.

After this phase, there are five phases that could take up to five years. There are two Beatty phases which is a series of trails in and around the town. Then there are three phases that are around Oasis Valley and connect the already completed seven-mile Spicer Ranch trails.

Once the BLM approves the 122 miles then according to Chacon, the construction starts. Spicer will be relying on volunteers and perhaps organizations like Americorps NCCC, which builds trails throughout the National Park System.