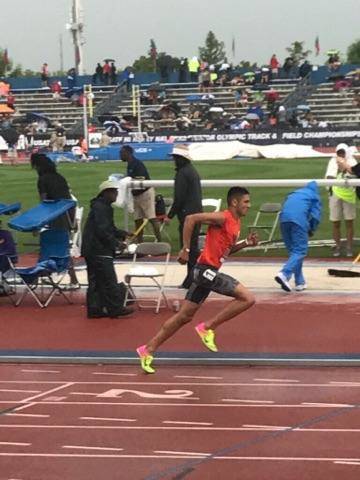 Special to the Pahrump Valley Times Jose Granados runs the 1,500 meter in the Junior Olympics in Lawrence Kansas in July. He finished in the top 14 in his division and was fourth in his heat out of 15 runners. The Junior Olympics were from July 24-30. 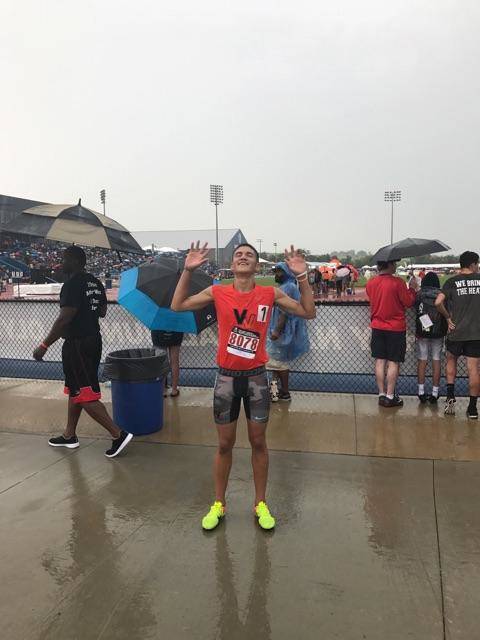 Special to the Pahrump Valley Times Jose Granados enjoying the moment of being a part of the Junior Olympics, which was at Rock Chalk Park, the home of Kansas Track and Field, in Lawrence from July 24-July 30.

His success as a freshman inspired him to continue working during the summer, so he signed up to work out with a Las Vegas track club at Cimarron Memorial High School.

These workouts led him to travel to the USA Track and Field Junior Olympics in Lawrence, Kansas this year.

The 51st USATF Hershey National Junior Olympic Track and Field Championships were held at Rock Chalk Park, the home of Kansas Track and Field, in Lawrence from July 24-July 30. Some 10,000 athletes from the ages of 7-17 were involved.

The excitement was a bit overwhelming for him but he feels he did his best.

“I felt good,” he said. “You just had to be there to experience the feeling. The crowds were exciting. I am now even more confident now that I ran there.”

Granados ran in the 1,500-meter run and finished 14th in the country in his age division.

“There were 63 runners in my division,” Granados said. “I finished fourth in my heat out of 15 runners.”

His goal is to win the Nevada Class 1A State Track finals.