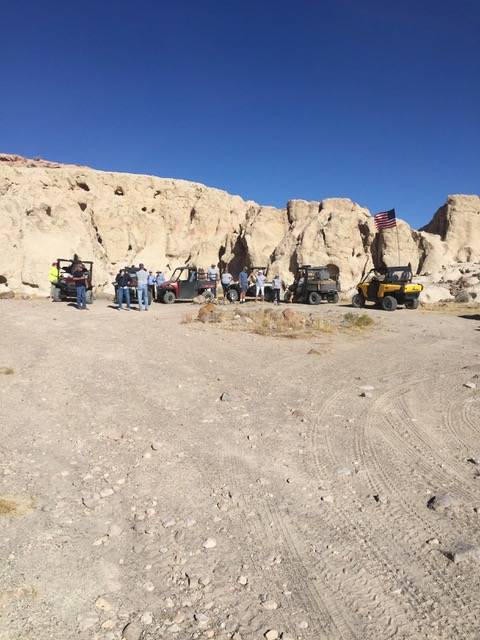 Beatty poker run participants gather at the "Cheese Holes" near Beatty on last year's poker run. This year's run will start at 7 a.m. on Saturday with a pancake breakfast at the VFW post at 300 W Main Street in Beatty. 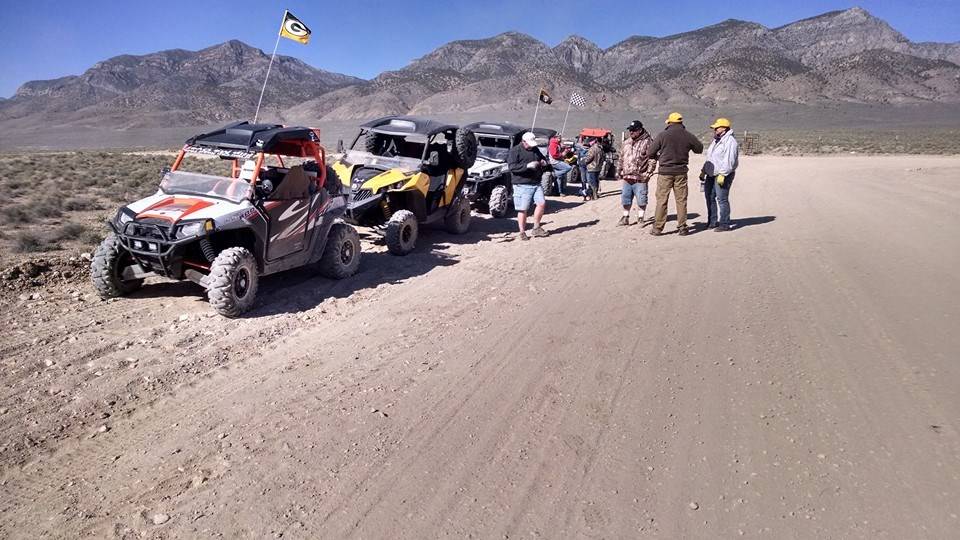 Special to the Times-Bonanza & Goldfield News Riders from the Beatty Poker Run last year gather to look at a map and take a break from the 50-mile run. The poker run proceeds benefit the Beatty VFW scholarship fund.

Get ready for some great outdoor fun and good off-road tour of the surrounding countryside around the town of Beatty.

The 51-mile course has been redesigned and is not identical to the past three runs. It is made for 4x4s and utility-terrain vehicles and will traverse the backcountry surrounding Beatty. (Sorry, not for motorcycles or two-wheel type vehicles).

“My whole life I have enjoyed history,” he said. “I loved history, geology and science growing up.”

Olson grew up in Pennsylvania where coal mining was prevalent. And this is probably why he has an affinity for the mines out here. His grandfather and uncle both worked in the mines and even took him down into a Pennsylvania coal mine.

Last year’s run had 225 people and those were just the ones that ate.

“This could be the biggest run yet,” he said. “The same weekend we have a group of people called E Clampus Vitus, (a fraternal organization dedicated to the study and preservation of the heritage of the American West). They expressed an interest in doing the run also. These people are building a monument marker at Rhyolite on the same weekend.”

The run comes with a topographical map provided and created by Elaine Ezra of Terra Spectra Geomatics in Las Vegas. There is also a detailed guidebook written by Genne Nelson, a geologist, who works for the National Park Service and is familiar with the area.

Participants who have gone on it have had a good time and learned something about their past.

“It’s a great thing for it raises money for the VFW and it’s a fun day around the town of Beatty,” Bill Marchand, a poker run regular, said. “It’s not so rough and it’s a poker run so you have a chance at winning a prize. The food is very good too.”

While driving through the course, explorers will go through geology that predates Precambrian age and takes you through the Pleistocene time periods. One will also pass into the gold rush days of the Bullfrog/Goldfield railroad of the 1900s.